Most girls never get a chance to design their perfect pair of shoes, but Corcoran High School senior Tracee Jennings has decided to pursue her dream beyond scribbling heels on a napkin. Her hard work has paid off.

Jennings saw a need for women with larger feet to find well-fitting shoes, so she designed a business plan for an online, made-to-order shoe business called Lady Lovely. Last September, she entered her project in Syracuse’s regional ACT-SO competition — an extracurricular competition for African-American high-schoolers — and won in the category of entrepreneurship. Now she, along with three other teenagers from the Syracuse area, is headed to the national ACT-SO competition in July. 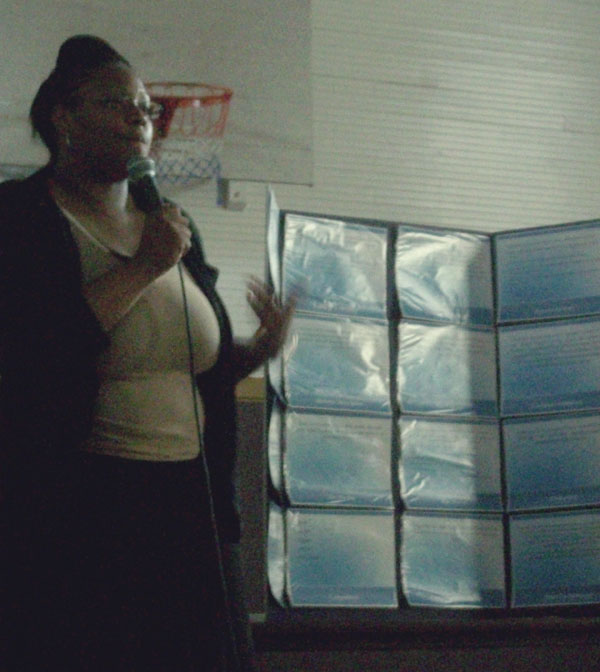 ACT-SO stands for Afro-Academic, Cultural, Technological and Scientific Olympics, and is sponsored by the National Association for the Advancement of Colored People. It is a yearlong program designed to encourage high academic and cultural achievement among African-American high school students, according to NAACP’s website.

Jennings is proud to be competing in ACT-SO and is excited to reach the finish line of her final business plan after months of training and revision.

“Coaches critique me on what exactly I’m putting into (my project),” Jennings said. “I’ve learned to manage my time really well, and I’m still learning to not be nervous in front of people while I’m presenting my plans.”

Jennings said she recommends this experience to any African-American teenager who wants to develop their talent and pursue their life goals.

“This program teaches you not only what you can do, but it also gives you some encouragement to say, ‘wow, look what all these other students are doing; I can do it too,’” Jennings said. “It shows you that just because you’re a kid doesn’t mean you can’t have these dreams.”

The three other Syracuse teenagers will be showcasing their talents in the areas of music, drawing and dance.

Syracuse’s ACT-SO committee was recently revived by current director Gwendolyn Fagan, and this year’s competing students will be the first in nine years to represent Syracuse at the final competition, which will be held at the National NAACP Convention in Houston, Texas.

“I sent out applications to schools in the area, and gave African-American students in ninth through 12th grades the opportunity to fill them out,” Fagan said. “This competition is an opportunity for them to broaden their horizons beyond just going to school everyday.”

Syracuse’s NAACP chapter has been raising funds all year to get the students and their chaperones to Texas for the competition, but still have about $2,000 to go before the trip is fully funded.

“The community has really reached out to us in raising this money,” Fagan said. “But we have a little more to go.”