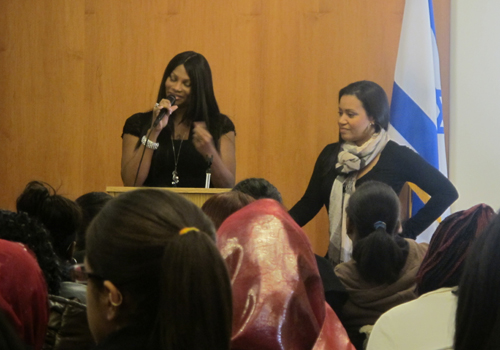 Presenters came from all over the nation to speak to girls on topics such as health, abuse, pregnancy, gangs, body image and education. The aim of the initiative is to enlighten, empower and engage young women of color in Syracuse.

Founder and president of Image Initiative Inc. Nicole Watkins emphasized that she did not want the young women to get the “wrong idea” about the star-studded event.

“If we bring a celebrity here, it is because they have something important to say,” she said. “We are here for you; we love you, and that is what this is all about.”

Keynote speakers James and Denton used their celebrity status to inspire the girls and moved the audience to tears not by the lyrics of their songs but by the honesty of their experiences.

By sharing her story of how she was sexually abused at a young age, Denton illustrated the importance of speaking out, a reoccurring theme throughout the conference.

“Because I kept quiet, I became and remained a victim for far too long,” she said.

The singers also answered questions about the music industry and encouraged the girls to learn from their mistakes, stay in school, surround themselves with people who love and support them and to follow their dreams. 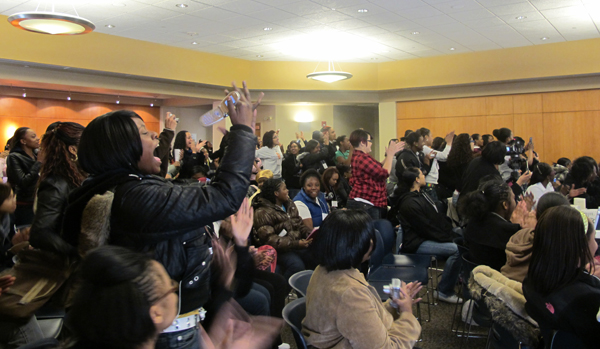 “Words have power, images have power. We have a responsibility to you all that brings your self-esteem up not down,” James said about her music.

At the end of the first day, girls gathered in an “affirmation circle” to show each other support. During this time many of the girls spoke about their personal obstacles and insecurities.

“I would have never have thought I would have cried. I usually don’t cry in public,” Smith said.

The last day of the conference ended on a lighter note. Students cut loose during the DJ Brina Payne performance and a fashion show put on by Syracuse University’s African Student Union and the Student African-American Society.

“We are all sisters no matter what through the eyes of God,” said First Officer Stephanie Grant of The First All Female African-American Flight Crew. “Would my Father want me to treat my sister like this?”