You’ll eventually find your way back home. This is 40-year-old Nicole Hudson’s message to young people on the streets.

It’s a lesson she says she had to learn the hard way. She grew up in a religious family. But around age 20, she began straying from church life to street life.

“A lot of people was praying for me,” Hudson said.

As she sits in a pew in the Bell Grove Missionary Baptist Church, she wears her message on her sleeve — literally. Her lime green T-shirt reads, “God’s Chosen Vessels.” 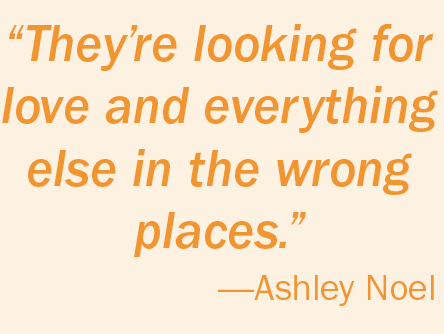 Hudson, along with her fellow dance team members, is trying to get others to come back home — back to the church.

The Bell Grove dance team, called Echoes of Joy, is rehearsing for a different kind of show. The church usually incorporates dance routines and spiritual songs into its services, but the seven women are trying their hand at acting. In a show they have written called “Hoods Heading to Heaven,” the Echoes of Joy will act out a scenario they see too often: youth growing up in the church only to leave for the streets. 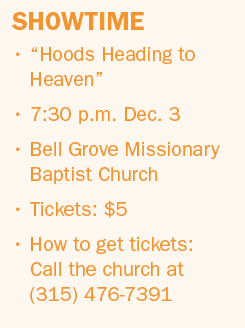 “They’re looking for love and everything else in the wrong places … when it’s all in church,” said Ashley Noel, 22.

It’s an issue that hits close to home for several of the dancers. Jessica Anderson, 24, said her cousin is one of the many youth leaving the church for the streets.

“He’s going through some stuff. But I’m still praying for him to come back,” Anderson said.

Though they could not determine a specific number or percentage, the dancers agreed: youth leaving church for the streets happens “often.” There are signs of this trend in other statistics. Half of the students at Corcoran High School aren’t graduating.

After the Echoes of Joy decided upon a play, Noel had a chance encounter with the director of a local teen-focused performance group: the Media Unit’s Walt Shepperd. 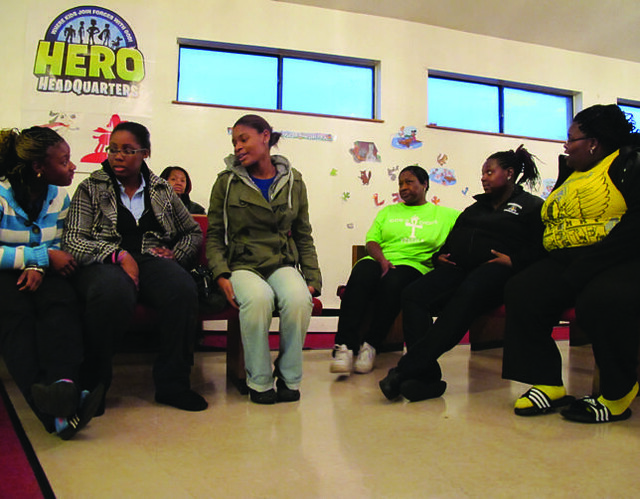 Members of the The Bell Grove dance team, called Echoes of Joy, will perform “Hoods Heading to Heaven” on Fricay, Dec. 3. -- Photo by Danielle Waugh

It happened over breakfast. Noel spotted Shepperd from across a restaurant and recognized him as the man behind the Media Unit’s years of theater and television productions. She thought he could help the Echoes write their script.

“So I put my pride aside and said, ‘I’m going to ask him,’” Noel said. “And (Shepperd) said he would come in to help us write it and make it a success.”

But that didn’t mean Shepperd’s services came without a price. “I told them right upfront and said, ‘We’re going to try and snatch some of your folks,’” Shepperd said, laughing.

He’s hoping the show will recruit new cast and crew from the South Side. But first, he must turn this group of dancers into triple-threats — actors, dancers and singers.

After 34 years, Shepperd has perfected his directing method. He asks cast members to keep diaries to get into character. He allows them to improvise to develop dialogue, and lets the cast script the show themselves. When the script is done, the singing and dancing come next.

For this show, he’s bringing in talent from the Media Unit to serve as coaches. Seventeen-year-old Brianna Kent is one of those coaches. After growing up on the South Side, Kent is looking forward to producing a show with an empowering message for youth in high-crime neighborhoods.

“(The play) will be a really strong message because when people hear about hoods, they just think violence, violence, violence,” Kent said. “But some people can really change, and switch their ways and go to the right way.”

The Echoes of Joy will be practicing with the Media Unit once a week to prepare for the Dec. 3 show. Proceeds will be divided between the Bell Grove church and the dance team’s 2012 Disney World trip.

“In addition to being a fundraiser, I think it’s really going to help us, too,” Noel said. “I feel like this is going to be our time to really get tested by our advisors and by God to see how dedicated we really are.” 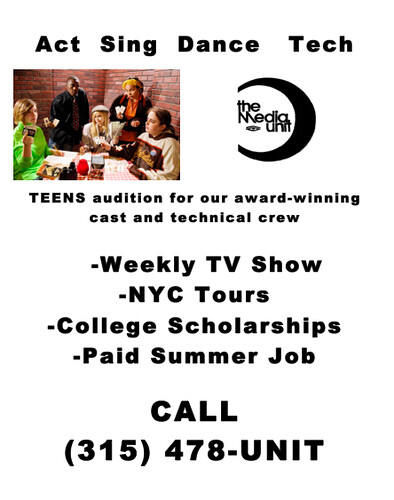