Around 52 students from around the county and other parts of upstate registered in three different divisions: K-4, K-6 and K-12. The top five students in each category received trophies and the rest of the competitors got to choose a small prize from a bin that contained trinkets, such as chess piece key chains. 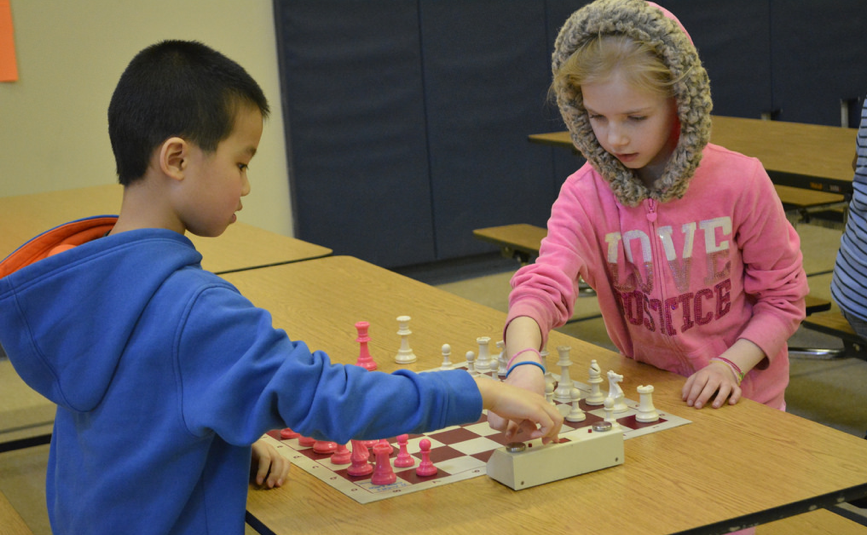 County co-champion in the K-4 division, Alexis Schlaak, 8, plays her final round.

More girls than usual competed in the tournament, said Anton Ninno, chess club advisor at Southside Academy. At least 10 girls registered (most of them in the K-4 division). “And they don’t mess around when they show up,” he added. 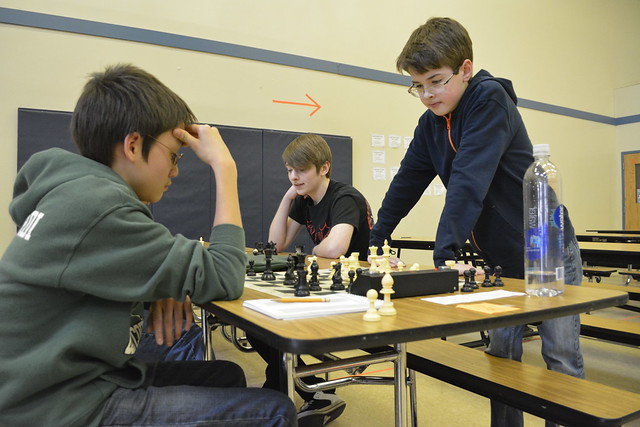 In the K-4 division, two girls tied for the championship. One of them, Alexis Schlaak, 8, traveled from Buffalo to compete. She enters tournaments across the state around once or twice a month, she said.

“I have a chess lesson on Mondays. And I practice on Wednesdays, Thursdays and Saturdays sometimes. Then I go to tournaments on Sundays,” Schlaak said.

She likes to open with her favorite strategy, called the Sicilian Defense, Schlaak said, who has been playing for three years.

“It was kind of hard to learn everything about it – how pieces move and stuff,” she said. “But once you get the hang of it, it’s really fun.”

The next chess tournament will be held at Nottingham High School on April 5.

Here are the results from the Onondaga County Chess Championship: 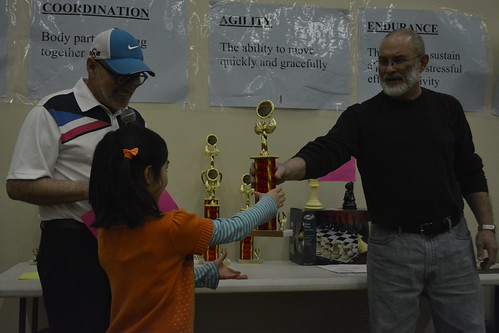 County co-champion in the K-4 division, Amanda Li, accepts her trophy. She shares her title with two other contestants in a three-way tie.