City officials and neighborhood activists are transforming the South Side’s landscape, turning a dozen vacant properties into an urban farm. The farm will employ the neighborhood’s teenagers during summer months and help alleviate the shortage of fresh produce on the South Side. 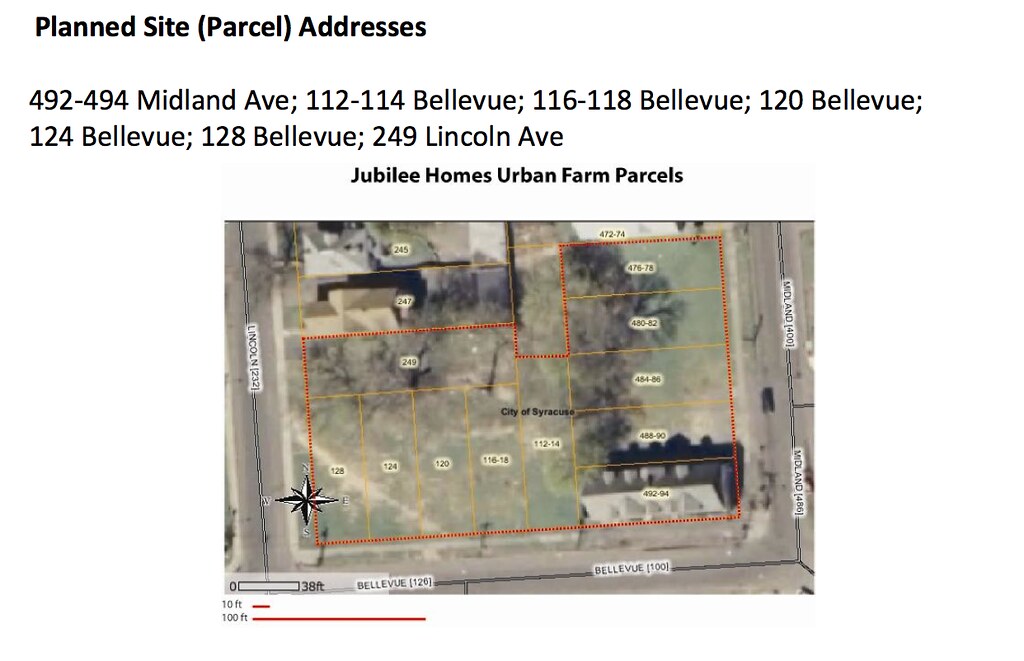 The Southwest Community Farm, located at the intersection of Bellevue and Midland avenues, is a joint project of the city of Syracuse and Jubilee Homes, a housing advocacy organization on Syracuse’s South Side. Jubilee Homes purchased the empty property lots from the city last year. 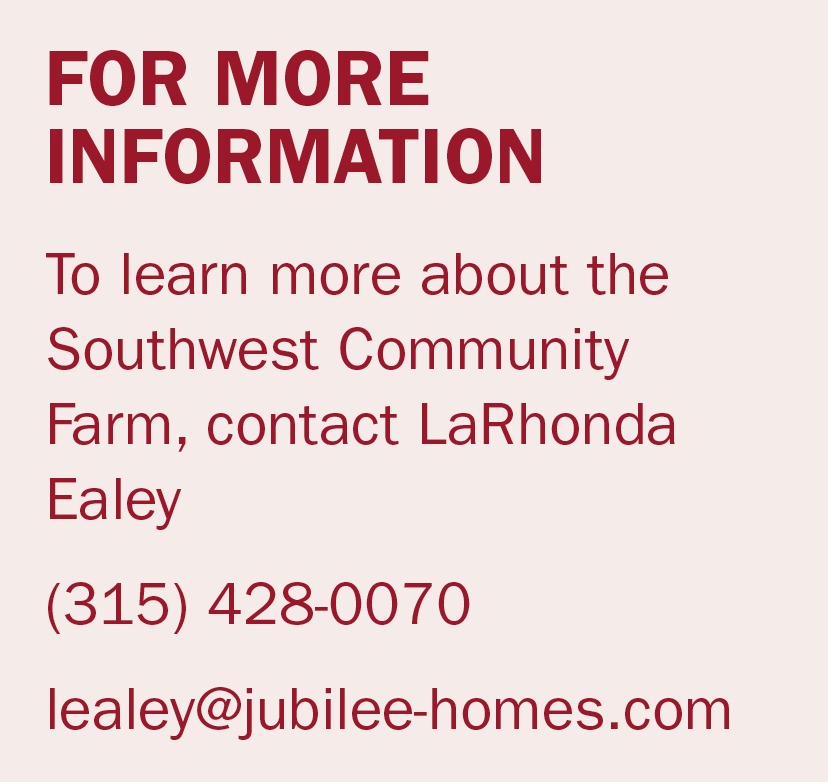 “Our goal is to make this project a meaningful investment in our community’s youth,” said LaRhonda Ealey, associate director of Jubilee Homes. “We’re also taking 12 vacant parcels of land and turning them into something more than a community eyesore.”

Local teenagers will plant seeds in May, work the fields during the summer and harvest the crops by November. Ealey said she hopes they can develop skills to hold steady employment and build job experience.

When completed, the farm will provide much-needed fresh produce for the South Side. “There are no grocery stores within a one-mile radius of the farm site,” Ealey said. “The farm can give our community the fruits and vegetables they can’t find at a corner store.”

Fresh tomatoes, cucumbers, potatoes and carrots are among the crops to be planted at the farm, along with herbs like basil and cilantro. The farm will be ready for this summer’s growing season, Ealey said.

Luke Dougherty, neighborhood revitalization specialist for the city of Syracuse, said the farm provides more than food for the South Side. “This is a community-building exercise in an effort to revive the neighborhood,” Dougherty said. “We’re dealing with a place that certainly once was a thriving residential neighborhood.”

Syracuse has been hit hard by recent economic struggles, as the city now has more than 3,000 vacant property lots, representing about 10 percent of the city’s land, Dougherty said.

The city sold the empty parcels to Jubilee Homes after previous owners failed to pay their taxes, Dougherty said. Jubilee Homes paid a total of $10,000 for all 12 properties. “We worked with Jubilee the best we could to get them the lowest possible selling price,” he said. 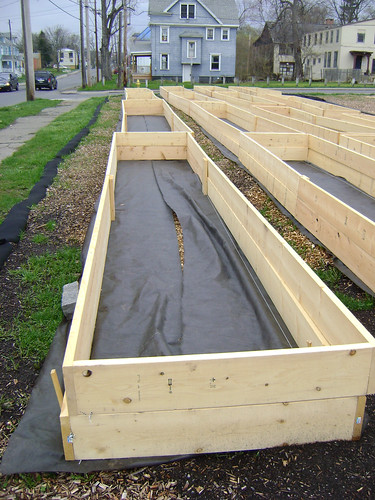 Raised bed structures will hold crops at the Southwest Community Farm, at the intersection of Bellevue and Midland avenues. -- Photo by Dan Scorpio, Staff Photo

Jubilee Homes faced several obstacles in developing the farm project, including the city’s zoning regulations, said Gregory Michel, sustainability analyst for the city of Syracuse. Michel works on issues of youth involvement and urban agriculture, especially with the Jubilee Homes Urban Delights farm stands of produce on the South Side. The Urban Delights program gives a small number of teenagers entrepreneurship experience each summer as they manage a select number of produce stands.

There is no official form of city zoning that allows for farming. “There is no predecessor for a farm in this neighborhood,” Michel said.

The farm will serve as an ongoing educational tool for South Side residents, said Jessi Lyons, resource educator at the Cornell Cooperative Extension. The CCE researches different land-use programs for Central New York in the areas of sustainability, agriculture and economic development. The program is sponsored by Cornell University.

Lyons is developing what she calls a “community engagement area,” where neighbors can plant personal gardens and learn about weed management or composting.

Through these youth learning and employment programs, Lyons said she hopes to start a trend in Syracuse. “Once we get this farm up and running, we hope it will lead to other opportunities for creative and productive land use in the city,” Lyons said. “This really is a model program.”