On Jan. 26, The Stand held a journalism workshop led by Prof. Steve Davis where two middle school students attended to gain tips and guidance on covering an event — specifically the annual Martin Luther King Community Celebration. Leasia Thompson and Kevin Brunson dedicated their Saturday to putting their new journalism skills to the test by covering this event, conducing interviews and composing an article on what they experienced.

Armed with a reporter’s notebook and their assignment, the pair were each joined by their teachers — Hope Lont and Ginevra Petroske — and mentors: Durrie Bouscaren and Natalie Caceres, both staff reporters at The Stand.  Shown here, is Kevin conducing an interview with one of the participants in the National Society of Black Engineers session.

We are excited to share their final pieces below and look forward to future coverage by this talented pair.

By Leasia Thompson, eighth-grader at Eagle Wings Academy in Syracuse’s South Side

On Saturday, Jan. 26, Syracuse University and community organizations held the 28th Annual Martin Luther King Jr. Celebration at Frazer K-8 School, in which Luz, Jayna and Yarimar did a presentation of what they do on a daily basis and even did a dance on stage for all participants to see. 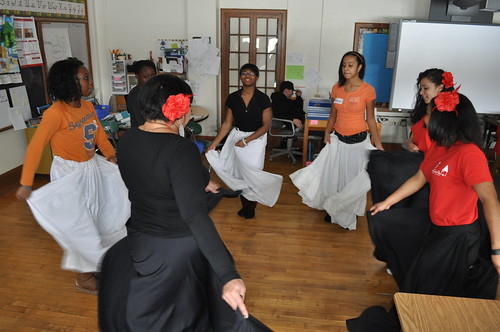 “When you’re in a bad mood, you dance,” said Yarimar Carasuuin, another dancer in Bomba y Plena and a freshman at Nottingham High School. She and her dance instructor, Luz Encarnacion, taught many participants about the freedom and culture that ethnic dancing instills.

Encarnacion ‘s endeavor started in 2008, when the La Casita Cultural Center opened on 109 Otisco St., on the city’s Near Westside. Her mission, is to teach culturally different aspects of Puertorican and African heritage to people who have never been to these two mother lands. This is often taught through means of self-expression.

During the week, she holds an after-school program on Mondays, Wednesdays and Fridays. When asked, “why do you come back?” Jayna Delgato answered, “they’re like family. They show that they love you.” Through dancing and the arts, Encarnacion is able to create a culture-based environment for both girls and boys to discover the unlocked treasure that is found in diversity.

On this Saturday, their dances were a mixture of ethnic, interpretive, folk and historical dancing. These dances included rhythmic movements to fast paced music using the arms, legs, hands and hips.

During the dancing part of the session, they taught 15 to 20 girls a few dances that were easy to learn. They even got to dress up in traditional colored skirts brought in by Encarnacion herself. Afterward, during the assembly, they performed a dance about the slavery that African people had endured during that time in history. Although the dance was simple, it referenced the love, hope and virtues as well as the hatred, racism and terrors of the 1800s time period.

Encarnacion also offers Theater Programs and Youth Education. As Yarimar Carasuuin says, “this is the way we have fun!”

By Kevin Brunson, eighth-grader at Eagle Wings Academy in Syracuse’s South Side

On a sunny cold Saturday morning many families and friends from the community joined at Frazer K-8 School for a Martin Luther King Jr. Day celebration.

As we walked down the hallway, there were people driving two red Remote Control cars that were very fast and playing with robots, and all of a sudden, “SMASH” the car crashed into the lockers! They were working really hard at what they were all trying to accomplish. There were lots of noises and sounds that really caught our attention. People were yelling and singing. Some people were even dancing. 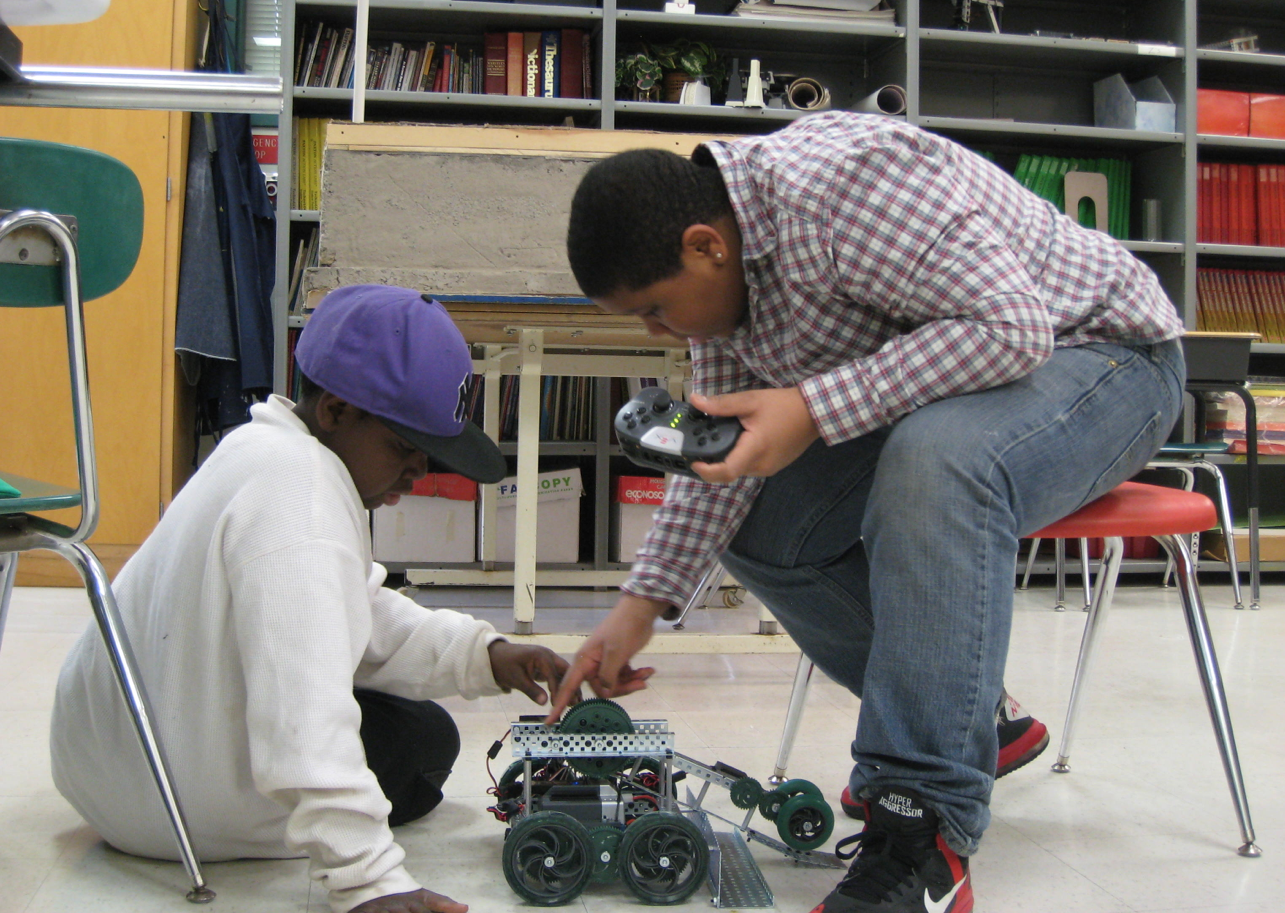 Some other things that caught my attention were many children playing with balloons in the hallway. Many people were in the hallways, and we noticed that many of them were introducing themselves to one another. When our group went back down the stairs toward the activities, I saw a workshop that I really liked.

As soon as we all got inside I saw some friends of mine that I haven’t seen in a while. Their names are Davon, Dravon and Quadri. Each of them had a role in their Remote Control race car driving.

My friend Davon told me that “They were training for the national RC race car races.” The car that I drove was worth $3,000. And the small one was $600.

I went in and interviewed the leader of the robotics group. She gave me lots of information about the group that she is the head of.

Mrs. Reaford, who is a science teacher at Nottingham High School, told me that if the kids in her group want to get to the finals, “they will have to have good behavior and also know what they are doing with the cars.”

Mrs. Reaford told me that the name of the program is NESBE. She told me that it has been around ever since 1976. The reason the program started is because black men felt that they would like to have their own engineering program so they soon put the program together. Now the program isn’t just for people of color, it’s open to everyone. The CEO of it is a college student.

The main reason why we went to Frazer Jan. 26 was so we could report and take notes on stories that we found interesting. There were lots of people there and they were all in the hallways and in rooms.

All in all I really had a good day at Frazer K-8 School.