Anyone who’s applied for a job is familiar with it: the section of the application inquiring about criminal history.

Many pass over this check box quickly, checking “no” and moving on. Yet others dread this box, considering it a death sentence for their chances at a position.

“I started looking for work, sending out tons of applications and not getting any interviews, and part of it, I think, was I definitely disclosed I had my criminal record,” said 31-year-old Isaac Rothwell. “Even a lot of opportunities I think I would have been easily called back for, I wouldn’t.” 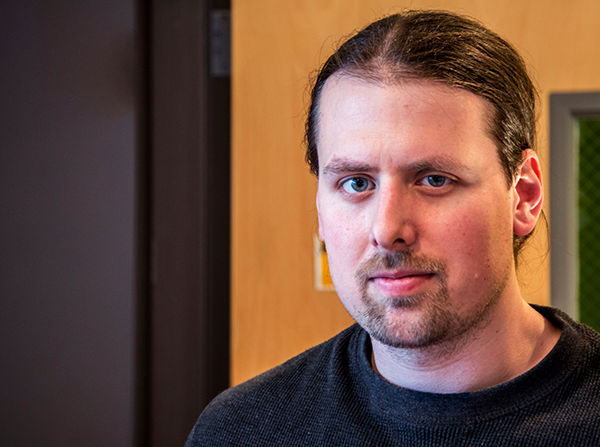 Rothwell spent three years in prison after a felony drug-trafficking conviction in 2003. When he got out, he finished college and took any small jobs or internships he could get, hoping he might start his own business and avoid the application dead ends.

For Rothwell and for many others, finding employment after incarceration is difficult if not impossible. Long-felt frustration with the “box” inquiring about a criminal history has spawned a growing “ban the box” national movement, which can help applicants with a record get past the opening application stage.

Patricia Warth is co-director of Justice Strategies and one of the lawyers at the Center for Community Alternatives, a not-for-profit organization that advocates for alternatives to incarceration and helps reintegrate clients back into society.

“As we’ve experienced this through the lens of our clients’ lives and simultaneously seen what’s happening across the nation with the Ban the Box movement, we thought, ‘Wow, Syracuse needs to really look into this,’ ” Warth said.

“There’s probably about 92 million people in the United States who have a criminal history record on file. That’s a huge number of people.”

She referenced a study last year that concluded “one in three adults, by the time they’ve reached 23 years old, has experienced a criminal arrest. That’s 33 percent of adults.”

Common Council members Jean Kessner and Khalid Bey, along with advocacy groups, are exploring and shaping a proposal for legislation “banning the box” here in Syracuse.

“If you have 20 people applying for a job and you have one person that checks the box, then you’re not even going to look at that,” Kessner said. “You just throw it in the trash.”

“Laws have been on the books for 37 years, they just haven’t been followed,” she said. Legislation is in place as part of the Equal Employment Opportunity Act to keep employers from discriminating against those with criminal histories. But that doesn’t stop employers from consciously or subconsciously overlooking these applications regularly.

“This (Ban the Box legislation) gives the person the opportunity to meet you face to face or at least be interviewed on the telephone,” Kessner said. “And you can talk and get a measure of the individual and see if you have a fit.”

But the idea in Syracuse was immediately met with strong opposition.

“I put it on the agenda to start the process talking,” Kessner said. “I think that was kind of a mistake on my part.”

Kessner said the president of CenterStateCEO sent out a press release saying the proposed ordinance would prohibit any background checks.

“We are not saying you can never do a background check. I wouldn’t even subscribe to that. So being, I would say, sort of accused of that was sort of ramping up the opposition in the way that was misleading.”

“They have an early, unfinalized draft ordinance,” stressed Warth. “A starting point for Jean and Khalid. There’s nothing in the works right now, no thinking at all, that employers should not be permitted to do background checks.”

Warth and others in Justice Strategies at the Center for Community Alternatives have been working with the Common Council members to formulate the plan. Part of this is examining other cities that have passed Ban the Box legislation across the United States, using their example as a model to be drawn upon and reshaped to fit Syracuse.

As of November 2012, 43 cities, including San Francisco, Chicago, Philadelphia, Boston and Washington, D.C., have adopted ban the box policies or legislation. Warth says the policy they’ve modeled after most closely so far is the one passed in Newark. Ban the box is still in proposal stages in many other states and cities across the U.S., including: Richmond, Va.; Providence, R.I.; and Charlotte, N.C.

Rothwell’s first long-term job after incarceration was three years at the CCA helping others with criminal backgrounds get past the tough question and find employment. Now he works at another not-for-profit, helping place Syracuse college graduates in internships and employment.

But he remains an active advocate for the rights of the rehabilitated.

“For people who make the decision to turn their lives around and try to set a good example, it’s very hard to when you can’t set an example because you’re not allowed to be a fully productive citizen because of your criminal history record,” Rothwell said.

“It’s really destructive for the city of Syracuse as a whole. I think it’s really kept the community from progressing.”