With more than 10,000 helped last year, the center hopes to help even more in the future

April 9, 2011, is a day that Michael Bratton will never forget. He lost his youngest child, a 27-year-old son.

It was a normal, quiet Sunday morning for Bratton, until he got a call from his ex-wife who told him their son, Michael Bratton II, had a headache the night before, laid down on the couch and never woke up. 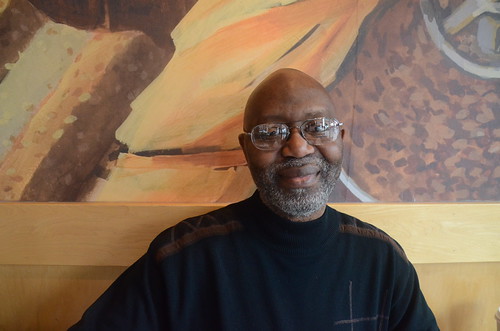 Michael Bratton, who lost his son, found support from HOPE for Bereaved, based at 4500 Onondaga Blvd. | Ruth Li, Staff Photo

“I was 58 years old, and I have been through a lot of lives,” said Bratton in a deep, shaky voice recalling the experience. He grasped tissues firmly in his hand, slowly rolled up his dim, watery eyes and took a deep breath before he continued. “Crying doesn’t seem to be the first thing I get to do. But I just couldn’t help it, and I could not cry. I was hurting. After two years, I still miss my son.”

After receiving a degree in biology and African-American history, the younger Bratton, a big lover of animals, left the world too soon. Even after a police investigation and medical examination, the cause of death has not been determined.

On May 2, 2011, Michael Bratton II’s 28th birthday, his father tried to work through his pain. He kept telling himself, “I can do this,” but it turned out to be a mistake.

“I woke up in the morning, and I was such a mess,” Bratton said. “I was back to work way too soon.”
In extreme pain, he dialed the number of HOPE for Bereaved.

HOPE is an independent nonprofit organization that gives support to individuals and families who suffer loss of their loved ones. They provide one-on-one counseling, group support, telephone support and other types of grief services.

And an ongoing goal of the center is to expand HOPE’s outreach services to more people and provide programs for grieving children and teens.

Pictures, love notes and poems pile up on six colorful bulletin boards hanging in the hallway of the HOPE office. Each holds deep love and priceless memories toward the beloved. At the end of the hallway, there is a room fully decorated with teddy bears of all sizes. The teddy-bear space serves as a counseling room for children. After each visit, a child can bring a bear back home to speak to and hold.

Most people who work for HOPE have suffered loss of their own. This is why HOPE can provide a comfortable, open place and treats everyone who walks in with respect, understanding and love. Bratton is just one of 10,000 people that HOPE has helped in the past year.

Working with Donna Kalb, counselor and community outreach coordinator, Bratton thanks HOPE for helping him go through all the anger, confusion and pain he suffered.

A lot of things that people say to comfort people with loss may not be the right thing to say or do, even with good intentions, Bratton shared. 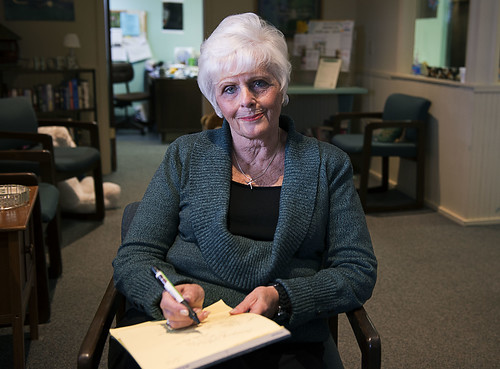 Counselor Christine Beattie came to Hope for Bereaved 35 years ago to deal with the loss of her son to suicide. Then she began working as a counselor and started a support group for suicide loss and "giving people hope has in turn helped me heal with my own loss," she said. | Maddy Jones, Staff Photo

“People always tell me. He is up in heaven with angels. But it doesn’t make me feel better. I don’t care if he is up in heaven. He is not here with me. I can’t talk to him, be with him, walk with him,” Bratton explained. But HOPE let him understand and helped him go over the grief process.

“They feel abandoned. Sometimes it is anger, especially when someone died suddenly,” said Walt Stein, director of public relations and development of the center. “By working here, I can help people who are going through the same thing. Because I know what it is like.”

Stein first went to HOPE as a client after he lost his father and best friend.

“The most important thing about losing someone is when you start to think, ‘Am I crazy? What’s wrong with me?’ When you come to HOPE and sit down, someone tells you that you are not crazy, and it is a part of the grief process,” Stein said. Being open is the very beginning part of grief. But still some people feel hesitant to put the step forward.

Christine Beattie, a counselor and facilitator for the suicide program, has worked for HOPE for 34 years.

“Grief is a real thing. It is so important to do your work,” Beattie said. “You have to work through grief.”