He Loves to Serve

Sam Wright was looking for a job in 1986 when he came across a “help wanted” sign for an assistant cook — with the weekends off, too. He had his doubts about the offer, but inquired and took the job with Meals on Wheels of Syracuse. 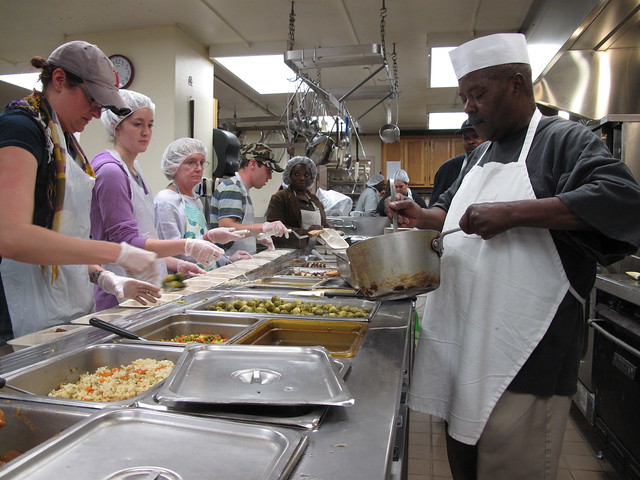 Chef Sam Wright has been behind the hot line for the past 28 years. | Ashley Kang, Staff Photo

Twenty-eight years later, Wright still hasn’t left Meals on Wheels of Syracuse. A South Side resident, Wright brings years of experience as a chef to Meals on Wheels of Syracuse every weekday from 6 a.m. to 2 p.m. and serves as the rock of the staff’s kitchen. He is originally from Tennessee and came to Syracuse in December 1969. He has lived here for more than half of his life.

“To have someone with such service and experience, it makes it so much easier,” said Jennifer Stone, Meals on Wheels’ food service director. “I don’t have to second-guess anything in the kitchen.”

The volunteer-based Meals on Wheels delivers fully prepared meals to homebound seniors, people with disabilities, and those of any age recovering from an accident or illness. The recipients are incapable of cooking, shopping for or planning meals for themselves, but they can live independently otherwise. Meals on Wheels of Syracuse serves almost 200,000 meals annually to a total of 800 people spanning the Syracuse, Onondaga Nation and Jordan-Elbridge areas.

Meals on Wheels of Syracuse’s low-sodium meals are delivered at approximately noon every weekday of the year, with the exception of six holidays. Wright said he does not specialize in any particular meal, since Meals on Wheels follows a predetermined schedule of which foods to prepare each day. The organization cooks the meals at its location at 300 Burt St. in Syracuse, and from there brings one hot meal and one cold meal to each recipient’s house. 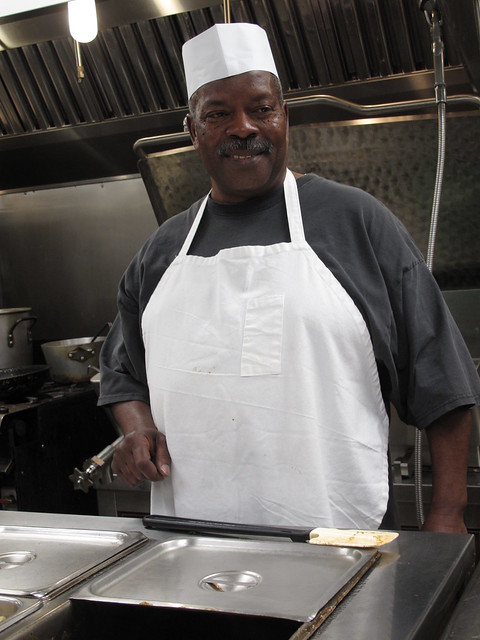 “I enjoy the service to the community, knowing you’re doing something that’s good,” Wright said. “This is a very nice place to work.”

What makes Wright such a valuable staff member, Stone said, is how he relays his knowledge to new members. He will teach beginners and is very giving of his experience, she said.

“His strength and confidence ooze out while he works. I completely enjoy working with him, and I hope he never retires,” Stone said with a laugh.

“I learned so quickly. It’s great,” Dreher said. “He is a wonderful teacher.”

Patricia Folkes, 46, joined Meals on Wheels of Syracuse’s kitchen four years ago with previous experience at a seafood restaurant. With Wright’s help, Folkes said, she was able to adjust to her new job in no time.

“He will really break it down. He goes step by step,” Folkes said. “He’ll go along with you. Anything, he’ll talk to you.”

A driving force that keeps Wright returning to Meals on Wheels of Syracuse each day is the feeling of giving to the community.

“When I go home, sometimes I talk to my nieces and nephews about things about life,” Wright said. “How people are, and how to deal with it and everything. I’ve learned a lot here.”

But Wright’s most treasured takeaway from his job is the interaction with all the different people he has met in more than 28 years at Meals on Wheels of Syracuse.

At home, Wright talks with his nephews and nieces about life and because of his experiences at Meals on Wheels of Syracuse, Wright has plenty of advice for his younger family members.

And when he discusses what he has absorbed from his 28 years at Meals on Wheels, his mustache perks up as a wide smile illuminates his face.

“I’ve met so many people from all walks of life,” Wright said. “Over the years, I’ve learned how to respect different cultures, different people, personal space. I’ve learned so much from being here with all types of people. It’s rewarding.” 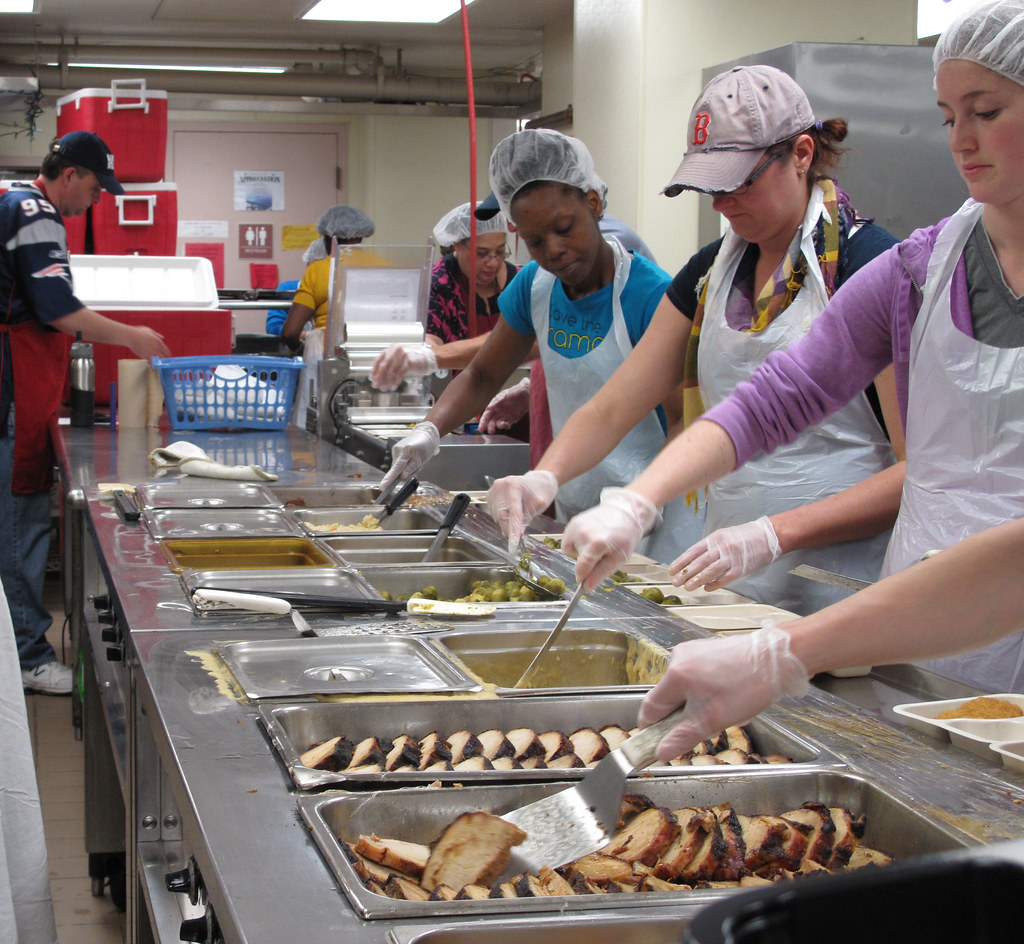 Volunteers on the line at the Burt Street kitchen make 300 to 400 meals here each weekday. | Ashley Kang, Staff Photo