Five Years of Taking the Mic

Seneca Wilson founded UPS in September of 2009. It was a way for him to engage with poets in the community and inspire people to perform their own spoken words pieces. 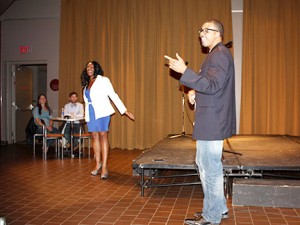 “A seed was placed in the ground a long time ago and it has been a beautiful time watching that seed grow into a group of people who love each other,” Wilson said to the audience as he opened the show. “We are a group of poets that go out in the community and spread our words to uplift the city of Syracuse by providing a space to share their stories.”

In addition to performing for the community, the group also offers free writing workshops and open mics for people outside the group to get involved in spoken word poetry.

Wilson became interested in spoken word in junior high school when some of his friends wanted to start a signing group. He realized he did not like singing as much as he liked writing the lyrics for the songs. His songs eventually began turning into poetry. After he performed at an open mic when he was in college, he began to further pursue his passion for spoken word, Wilson recalled.

“I write for others so I can find words to help heal,” Wilson said. “I see what poetry does for people and it’s very powerful … [poets] can have so much on their shoulders and get on stage to release that.”

Much of Wilson’s work is influenced by his desire to motivate people. Wilson mentioned that he liked to call himself “Seneca the motivational poet.” He hopes to motivate people to do better for themselves and also call them to action.

“I want to turn a light bulb on people’s head and for them to recognize that there is something that they are here for and to for them to go out in the world and do great things,” he added. 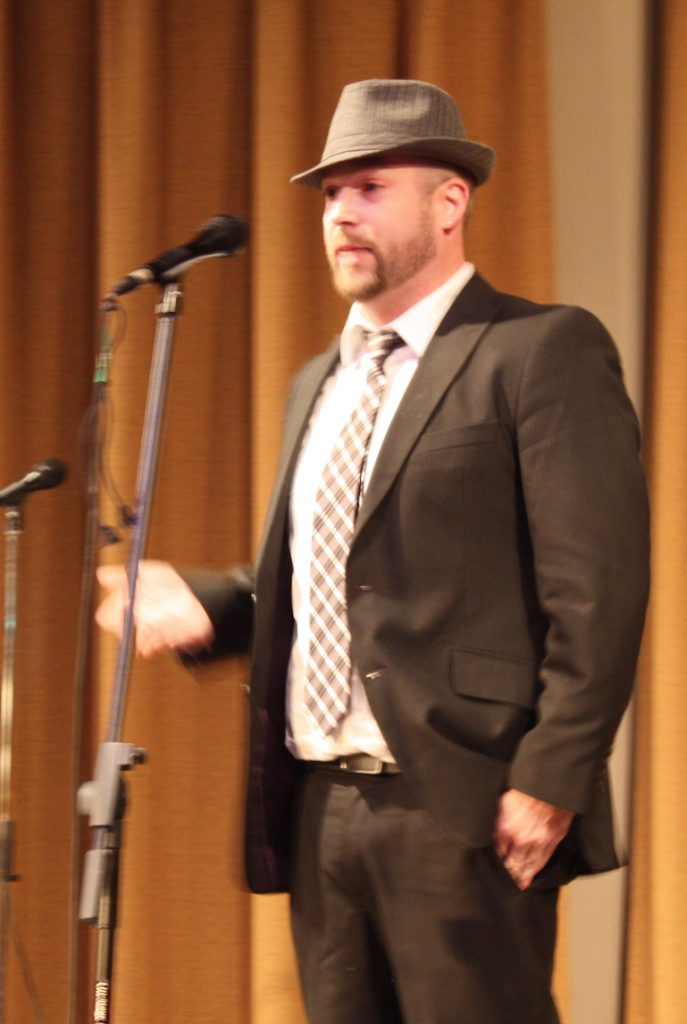 For Michael Gaut, who also goes by the stage name Mic tha Poet, this light bulb went on when he was a child and started writing poetry. He had always been intrigued by the rhythm of the words and being exposed to music in his youth. For Gaut, poetry serves a multitude of purposes including therapeutic, spiritual, social and political.

“Poetry is useful just about all arenas of life; it is a tool for self reflection,” Gaut said. Recently Michael’s poetry has been focused on family, love and relationships.

During the show, he performed a piece about poetry being a safe place for people to express themselves. Another poem he performed is about the life he imagines for his daughter, if he should ever have one. The poem also served as a reminder to his partner, who sat in the audience, of his dedication to their relationship. 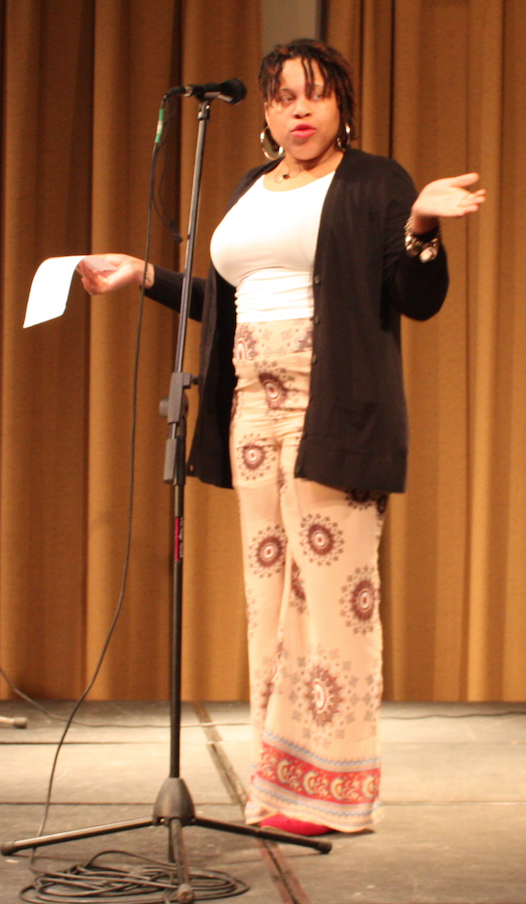 Simone Owens recites a poem depicting her struggles with depression.

“My poetry deals with women and what we go through because that’s pretty much the experience I can talk about,”  Owens shared.

Owens’ poetry draws from her own experiences and perspectives of her friends. She uses poetry to cope with the struggles she is facing in her own life, such as depression. She hopes that by writing about her experiences, she can uplift people who are going through similar situations.

“I feel like my day is complete if I can reach out to one person and make them feel better about themselves,” Owens said.

In one of the pieces Owens performed, she discussed the issues she had been having with self-esteem and how she was able to overcome these to be comfortable in her skin. In another, she addressed her frustration with artists who claimed to be something they were not.

Ruthnie Angrand also incorporated deeply personal aspects of herself into the works she performed during the show. In one piece, she described the difficulties of being a woman, and in another, she delved into the topic of love. Like Owens and Wilson, Angrand had incorporated singing into the poetry she performed.

“There’s a lot of things going on in our nation, and it’s important that we talk to each other about it,” said Angrand in the final moments of the show. “That’s what this group is about.”