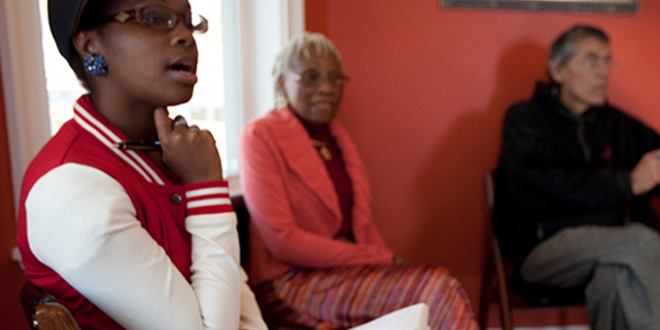 The origins of the South Side Newspaper Project go back several years, to a project Newhouse Professor Steve Davis gave his class – create a series of in-depth stories about Syracuse’s South Side. The collection was then assembled into a tabloid paper and distributed to the community. After being well received, Davis got the idea for The Stand. This was in 2006. After a few years of organizing and securing grants, the first group of students began contributing to The Stand print paper in 2010. 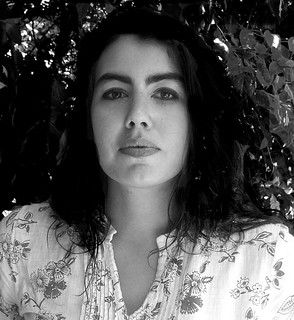 My favorite contribution was a six-part series on racial profiling in response to a study that was released Nov. 15, 2010.

The study was controversial and hotly contested by the Syracuse Police Department. But rather than just report what the bureaucrats and police department said, I wanted to hear what the people living on the South Side, the people in the middle of the conflict, had to say about racial profiling. Have they been victims of racial profiling? Is racial profiling even an issue at the forefront of their minds, or have more pressing problems taken precedence?

The reporting I did for The Stand was an important foundation on which I built an understanding of what it means to be a human rights advocate. In many ways, it was a precursor for the work that I do now.

Mehta now works as a researcher with Amnesty International in India 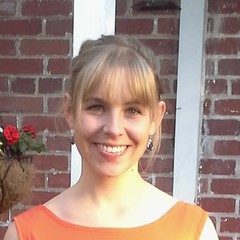 My favorite contribution to The Stand was a story about a chess club at Southside Charter Academy.

I went down to the classroom and witnessed a room full of elementary school students focused, engaged and thoroughly enjoying the game of chess. I handed out a questionnaire to all the kids, asking what they learned from chess that they apply outside of the classroom. I was later moved to read the responses; many discussed how the game taught them to think through decisions and control their emotions. Another mentioned it taught him about consequences. The entire reporting process for the story was a lesson in how perceptive and dedicated young people are.

The Stand taught me how to report, edit and work with my peers. But it also taught me how to embed myself in a new community and find beauty in the details. Syracuse’s South Side is home to countless inspiring people and organizations finding a way to make the world a little better. The Stand allows the community to explore and comprehend the tiny tragedies and victories of each day. The community can now amplify its own voice.

My favorite contribution was a story about several senior citizens shaving their heads in protest over the impending closure of their beloved senior center.

After 36 years providing a home and a happy place for the elderly in the city’s South Side, Syracuse Mayor Stephanie Miner announced plans to shutter the Ida Benderson Center to save money in the budget, driving the seniors to try every effort to stay.

While their efforts were unfortunately futile, being privy to the passion of these everyday people losing their homes was enough to make me want to tell their story.

The Stand not only taught me how to uncover the news, but about the importance of writing about something that’s important to a community. There are so many neighborhood issues and occurrences that go unnoticed or unmentioned, and having an opportunity to share those stories is part of the beauty of being a journalist. There are passionate people fighting for change or standing up for their beliefs everywhere, and I love being able to provide a platform for them to be heard.

Donaldson now works as an editor for the Sourcing Journal and as a freelance contributor to CNN Travel, Huffington Post and Le Pan magazine.

My favorite contribution was an article on grandparents raising grandchildren.

I had learned from the 2000 U.S. Census that there were a rising number of grandparents raising their grandchildren and this was a growing trend, and that 19 percent of such families were living below the poverty line. I set off looking for such a family, and was introduced to the Williams family on my first visit to the South Side.

Reporting for The Stand was one of my favorite experiences in college, and it played a big role in influencing the types of stories and communities I wanted to report on as a journalist in Hong Kong.

Meeting the Williams family was the best part about my visits to the South Side. They were so generous in opening their home to me on many occasions, sharing hilarious and heartbreaking stories that have made them who they are.

I saw how even though there are so many odds stacked against those living in the neighborhood, the Williams’ attitude, as a family, was never “that’s just the way it is,” but it was always “it doesn’t have to be this way.” It was their love and respect for each other and their neighbors that has made them so resilient.

Reporting in the South Side has also influenced the work I’ve chosen to do outside of reporting. Many of the families I support at church are new immigrants who face discrimination and poverty, and sometimes I recognize in them the same resilience that I saw in the Williams family.

It’s difficult to pick a favorite contribution. I really enjoyed writing the story about Mazaroddi’s Music. Looking back, I think it was the first time I really put a whole package together. I wrote the story and shot and edited a video to go along with it. I didn’t realize it at the time, but I now know it really prepared me for the journalism world today. Journalists have to be able to report, write, take a photo, shoot video and edit video. This story is an example of that.

Another favorite story was about a popular barber shop. It was a fun, light-hearted community story, but it meant a lot to some residents. Those can be the best stories.

The Stand prepared me for my future. The paper was new, and it was exciting and special to be apart of that. You don’t get many chances like that. It’s something I’ll treasure forever.

Seltzer is a community reporter with The Palm Beach Post in West Palm Beach, Fla. She covers the city of Boynton Beach. Before this, she spent three years on the Breaking News team and started at the Post as a Breaking News intern after graduating Newhouse. The only story that sticks out is one that actually didn’t run. It was a personality piece, and the subject became uncomfortable with the line of questioning — my reporting went places that he didn’t expect it to go. There was a lot of discussion about whether to run the piece, and ultimately it was spiked. I was 21 years old at the time and thought I knew the answer to everything. At the time, I vehemently disagreed with the decision not to run the story, and even today I’m not sure what I’d do if the decision were up to me.

It taught me that you have to have humanity in this job, that you’re writing about real people whose own experiences matter, and that journalism isn’t a means to an end (the satisfaction of my own brimming ego) but a way to tell people what they need to know. Whether people needed to know this story — I’m not quite as convinced as I was then. And I’m glad that a young hothead became a little bit less arrogant that day five years ago in the South Side of Syracuse.

Amaral is now a reporter for The Star-Ledger and NJ.com