Two sisters start their own salon with inspiration from their mother

African-American sisters Samantha Coleman and Sakari McDonald have been changing the face of salon ownership since May when they opened up their salon, Pretty Girl Threadz.

Salons capable of styling African-American hair can typically be found on Syracuse’s South Side, where a large part of the city’s black population lives. 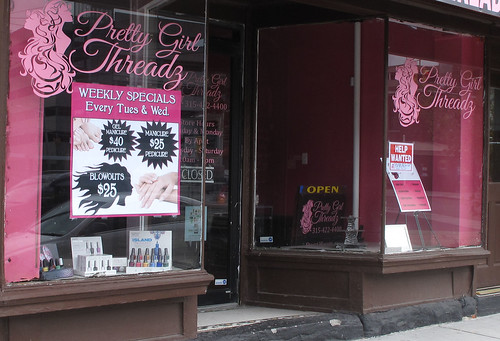 “I think a lot of people are surprised that we’re even here and that we even own a salon,” said Coleman, 23, a student at Le Moyne College.

The sisters, neither of whom are cosmetologists, say they were inspired to start their business because of a lack of quality of hair extensions available in the Syracuse area.

Pretty Girl Threadz started off as a hair extension company and later became a salon, a dream inspired by their mother and salon manager, Sabrina Coleman.

“I’m humbled that they would say I influenced them,” she said.

Samantha Coleman said business has been steadily picking up since opening thanks to the welcoming merchant community on East Genesee Street and the growing number of Syracuse University students who heard about them through friends and ads in student publications. 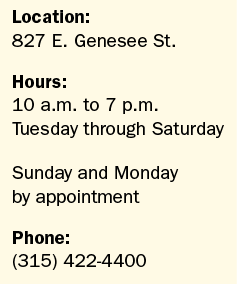 McDonald, 37, said she knows there’s a need for students of color to find places in Syracuse with stylists who have knowledge of and the skills to care for curlier and kinkier hair textures.

“You do have a place that’s fashion forward, up on the latest, and can do your hair,” she said.