The Mary Nelson Youth Center’s annual Christmas party includes Christmas decorations, food, a present for the children, games for the entire family and each family will be able to leave with a gift basket of items prepared by Mary Nelson.

The festivities start at 4 p.m. Dec. 21 at the center, located at 2849 S. Salina St., and the doors are open to anyone and everyone who wants to attend.

“I am going to make sure that each child gets a toy and each family gets a gift basket, even if I have to go out and buy it myself,” Nelson said.

Nelson tries her best to throw a party for each major holiday during the year because she wants everyone to enjoy the celebratory traditions, whether they can afford it or not. 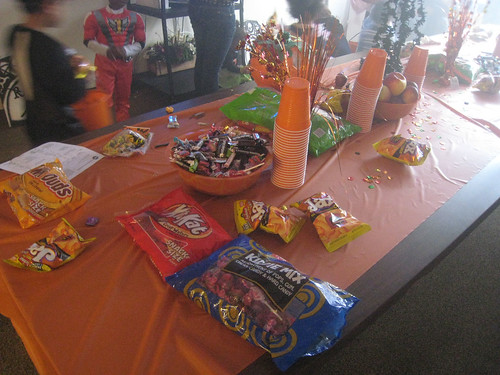 Children who attended past Halloween parties at the center were treated to a meal, a grab bag, a variety of activities, and of course, lots of candy. | File Photo

Recently, Nelson has experienced setbacks and is fighting to overcome them and stay positive. One is the passing of her mother, which happened last October.  While it has been an extremely hard time for her, she has still tried to make sure the kids at her youth center receive everything they need and even managed to throw her Halloween party despite everything she was going through.

“I have been at Wegmans every single Tuesday at 6:30 a.m. since I opened the center” Nelson said. “They have been so good to me. I can count on them for anything from the bakery, as well as fruits and vegetables. During Halloween, they gave me bags and bags of candy so the kids could enjoy it.”

Nelson says she has a network of donors — such as Wegmans — who always come through for her. But while there are those who give, there are always going to be those who take.

Earlier this month, Nelson had just gotten back to her house from a successful donation run, and left some of the groceries on her front porch to stay refrigerated in the cold weather.

Those groceries consisted of two 50-pound bags of potatoes, two bags of onions and an entire case of sweet potatoes. Nelson was overjoyed to have so much food to distribute to her clients at the youth center.

However, when she came back out to retrieve them, there was nothing left.

While this incident was very hard for Nelson to swallow, she has had her faith in humanity restored by the charitable deeds she’s received from a 15-year-old girl named Ellie Huard.

Ellie Huard, a freshman at East Syracuse-Minoa, only wants one thing for her birthday and for Christmas, and that is to have people either donate or give her money so she can help donate toys to the kids of the Mary Nelson Youth Center. 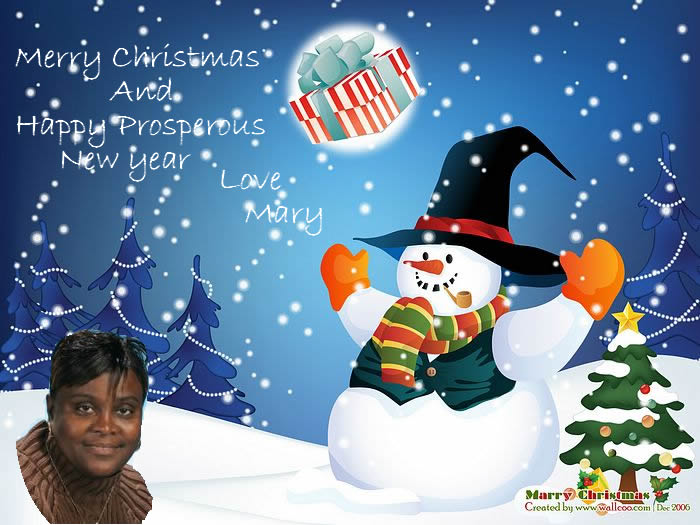 “She wants nothing else,” said Sharon Huard, Ellie’s mother. “We were shopping on Black Friday at 1 a.m., looking for gifts at Toys “R” Us. She had every sale mapped out and knew exactly what toys she wanted the little kids to have. She has spent all the money she’s saved up on these toys.”

“I could not believe it,” Nelson said. “She had brought me everything a kid could ever want. I am so thankful.”

With the help of all her donors, Nelson hopes to make this Christmas party special for all the children and families in attendance. She is also hoping that with the help of her donors she can accomplish a few goals she’s had in mind for her center.

If she can find the funding, Nelson plans to expand her youth center in the next few years. Recently, she has been upset to hear that gyms and recs in the neighborhood — such as the YMCA — are charging membership fees and not allowing youth to come in and use the facilities.

She believes youth should have a place to play basketball or tennis if they want to and feel safe doing it. Her future goals for the center include digging out the lot behind her center and creating a gym with basketball and tennis courts.

“I was given this center, and I want to offer its service to everyone,” Nelson explained. “These kids should not be paying to play basketball. My plan is to reach out to the Boeheim Foundation and Carmelo Anthony to see if they will help make this happen.”

The center currently runs completely on private funding, which Nelson believes will help her in the long run, because in her words “when the government runs out of money and they need to cut their funding, she won’t have to close her doors and turn people away.”

“How can I miss something I never had, and if I’m not taking funding from the government, I don’t rely on them,” Nelson added. “People think I’m crazy, but you know what, I don’t think I am. I think I’m doing pretty good.”

Nelson says her Christmas event is an example of how she and her center have been doing well without federal funding. She says she may not be able to give the kids and their families everything they want, but at least she’ll be able to give them something .