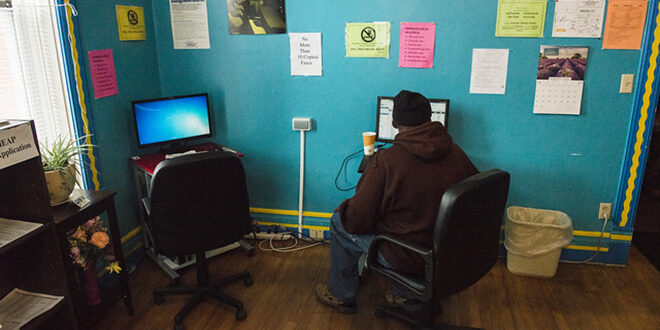 Working to Narrow the Gap

How Syracuse officials plan on closing the digital divide

For the last 18 months, large aspects of everyday life have moved online. Whether that be school, work, doctor’s appointments, socialization through Zoom and more, these everyday tasks have found a way to be completed remotely over the internet. But for 70 to 90% of residents on the South Side of Syracuse, including Nedrow and LaFayette, this has not been an option.

The digital divide, defined as the gap between those who have access to reliable internet service and those who don’t, most impacts those who are poor, living in rural areas, the elderly and individuals with disabilities. While COVID-19 increased the need for internet access to prevent spread of the virus, the pandemic also exacerbated this gap even wider.

On Sept. 24, FOCUS (Forging Our Community’s United Strength) Greater Syracuse held a forum, “Bridging the Digital Divide,” where influential members of the Central New York community discussed initiatives, specifically ones the CNY Digital Inclusion Coalition advocates for, to assist those who do not have broadband service due to cost. This coalition is composed of a group of community stakeholders working to create a unified voice in support of digital inclusion.

Panelist included: David Bottar, executive director of the Central New York Regional Planning and Development Board; Kevin Sexton, chief information officer for the Onondaga County department of information technology; Jennifer Tifft, director of strategic initiatives for Syracuse, and Annabeth Hayes, the co-founder of the CNY Digital Inclusion Coalition and the director of the Tully Free Library.

According to Bottar, around 200 miles of Onondaga County has poor to no internet service, which is equivalent to 1,000 households. Specifically, this problem is more prominent in rural areas as opposed to the city. “The cost of service is expensive for the county,” he said. “It is around $40,000 to $50,000 per mile.”

These figures were calculated recently by ECC Technologies, a consulting firm hired using federal grants. The firm visited Onondaga and its four surrounding counties to conduct inventory testing to note which places have broadband service and which do not.

In the case of Madison County, federal grants as well as the New NY Broadband Program have helped expand internet access. The broadband program provided $1 billion to leverage both private and public resources with the goal of ensuring that every New Yorker would have access to high-speed internet by 2019, which was not entirely successful. Today, gaps are still found. “Then it becomes a matter of affordability and digital literacy,” Bottar said.

Sexton, who is in charge of IT for the county, echoed this point saying, “Speed comes at a high cost.” This is why the city of Syracuse continuously pushes for new initiatives and applies for broader sources of funding to reach more residents. One funding option Sexton’s office is exploring is use of funds from the CARES Act (The Coronavirus Aid, Relief, and Economic Security), $2 trillion coronavirus economic stimulus bill.

Until this funding relief arrives, libraries help fill the need by offering Free Wi-Fi for patrons. Access is available during public library hours in addition to use of public computers. For some libraries, this includes the ability to borrow a laptop while also getting a personal hotspot.

Tifft, who was promoted this month to the city’s strategic initiative role, noted community centers offering Wi-Fi also help close the existing gap. “What we need are flexible solutions,” she said. “They need to be cost effective and able to be done as quickly as within the next six to 12 months.”

According to Tifft, the greater problem is affordability and access.

“This has always been an issue, but it’s even worse now,” she said. She identifies three requirements for greater digital equity: access to technology and an internet connection; devices to connect, like a phone, tablet or computer, and access to technological assistance and support.

Hayes, director of the Tully Free Library, discussed how libraries such as hers provide that third need, assistance. “Libraries have always been a part (of the solution) of the digital divide,” she said. But there are some resources that libraries cannot provide such as 24-hour access. She also believes the tech assistance programs are not sustainable for the long term. This is where the Digital Inclusion Coalition steps in.

In order for progress to continue and for the digital divide to narrow, people need to keep expressing the need for broadband service. That way not only will everything have a digital option, but so will everyone.

Brittany Miller is a contributor to The Stand