In our September print issue you’ll find a collection of stories on fathers. 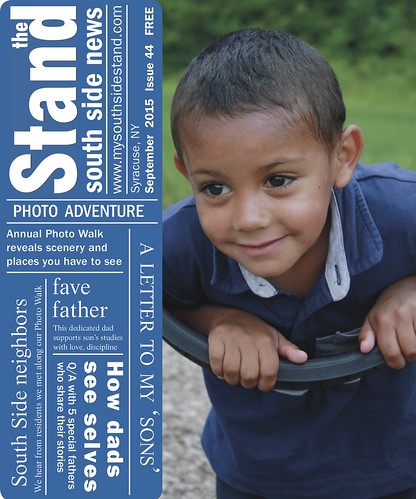 This past year we launched a new series honoring fathers. Recent studies found black fathers are more involved with their children on a daily basis than dads from other racial groups and much more involved than fathers from a decade ago.

Thus, The Stand’s Fatherhood Series aimed to share touching, enlightening and encouraging stories from South Side fathers. The series was well-received by readers, and we received a number of nominations.

This summer we contacted several fathers who had been nominated in an effort to spotlight as many local great dads as we could. Read five Q&As with South Side fathers on just what it means to them to be a dad. This year we will continue to profile more dads, so please keep sending in your nominations.

Our feature story in this issue also focuses on a local father — someone who is doing everything he can to support and encourage his son academically. Southside Academy Charter School teacher Danielle Gerard nominated Darrenton Heath and said “if more of our students had a parent like Mr. Heath in their corner initiating a desire to learn and achieve an education, the South Side community would be known for developing world renowned scholars.”

Also in this issue, we showcase photos from our sixth annual Photo Walk, which was held July 21. The cover image is by first-time Photo Walk participant John Collins.