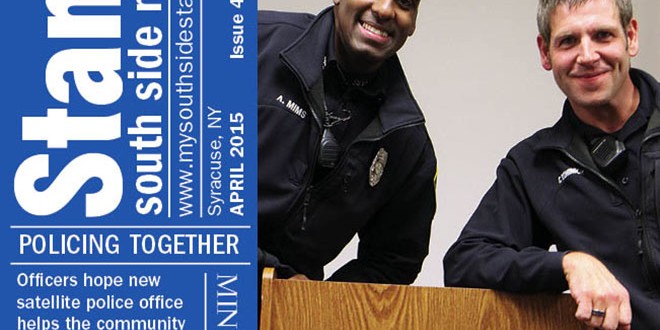 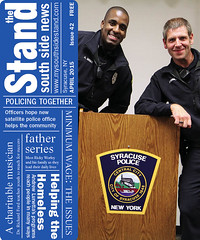 In our April issue, we sit down with two Syracuse police officers to hear about their day to day jobs, how they chose the field and learn about plans to build a new satellite police office at the Southwest Community Center.

We also feature a photo spread from The Stand’s Five-Year Anniversary party held last month. The event welcomed staff, board members and readers to celebrate the project’s five-year milestone in print. Keynote speaker Sean Kirst spoke about the importance of telling community stories and Sen. David Valesky presented The Stand with a proclamation for serving as “the voice of the South Side.”

Other stories include a look at raising the minimum wage, our second Fatherhood Series on single father Ricky Worley and two profile pieces — one on Andrew Lunettta, who is working to house the homeless and Reggie Seigler’s A Friendly Five music column on music educator Dick Ford.