Syracuse has been home to a score of bands, musicians and singers over the years. Some of them have been really good and some, well… you know what momma said, “If you can’t say nothin’ good ….”

A lot of the talented ones are still participating regularly on the local music scene. But with limited opportunities locally, some keep it together by looking for gigs that are a short drive away along the New York State Thruway or Interstate 81.

“When musicians take gigs out of town together, it gives them feeling of family and unity,” said Eddie “Wallstreet” Brown. Wallstreet’s band, “The Blacklites,” has a 40-year history in Syracuse. But for a while back in the ’80s, they relocated to the Boston, Mass., area.

Through that experience, the band members were able to live and bond as a family.

Vynce Watson of the band “Soul Mine” agrees. “We do short trips to venues in Utica or Vernon and occasionally Rochester. The band likes it because we get a chance to play for new audiences, and we are able to let them know that Syracuse has some good musicians.”

Other local musicians have taken their talents on the road, too, but some have not come back. Thinking way back, I can remember some of Syracuse’s best musical talents that have left here via I-81 and I-90. Duane Branch, Stephen “Steve” Wise and Kim Hill were just 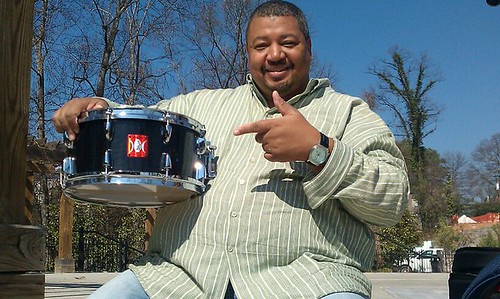 Derryl Rivers, a percussionist and drummer, left Syracuse in the 1990s to continue his musical pursuits. He supplements his drumming with a variety of other instruments, such as cowbells, tambourines and chimes. | Provided photo

a few of them back then. Even more recently, Hiram Swain, Darneal Jackson, Kent Frazier, Missy Seigler, JJ Cannon, Tim Reed and Sam Wynn have all relocated.

Derryl Rivers, 50, is a drummer and percussionist. When Derryl plays the drums, you’ll hear the beat, but you’ll also hear little percussion instruments like cowbells, tambourines and chimes, too. I asked him to share part of his Atlanta musical experience with us.

“I have gotten studio calls to play on radio and TV commercials, and I been called to play on demos for artists that have never even released the songs,” he said.

Derryl left Syracuse in the mid- to late ’90s and hasn’t been back to stay since.

Like Derryl, Vic Smiley left Syracuse a long time ago, too. “I had a lot of encouragement when I left, if you know what I mean,” Vic said.

For the most part since the late ’80s, when he initially packed up his guitar and took his talent on the road, he has been based in Cleveland. There he got the opportunity to record with the O’Jays and Miki Howard.

Vic has traveled a lot and has performed and spent some time in cities all over the country. In Atlanta, he had the opportunity to make history as the first African American guitarist with the UniverSoul Circus — the first circus of its kind featuring a largely black cast. Vic performed with the group for several years.

“There are a lot of great opportunities out there on the road, and I’ve been blessed to have some.” 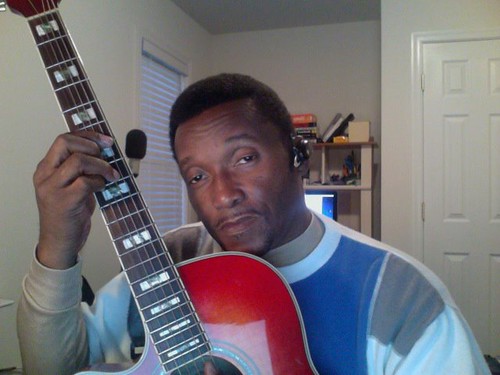 Vic quoted Proverb 18:16: “A man’s gift maketh room for him, and bringeth him before great men.” Vic understands that what he has is a gift and knows to accept it with a humble heart. He learned this and many other scriptures at a very early age. His mother was an evangelist, his father was a deacon and his brother is a local bishop.

I received Vic’s bio with all of his accomplishments, and he emphasized to me that the most important thing to know is that he still lives day to day like everyone else. He said he doesn’t make much fuss about the pay and the material things. “If you want the opportunities to keep coming, just put one hand out for your check and the other one over your mouth,” he said.

Vic reflected on the loss of his childhood musician friend and bass player, Delmar Breland. Delmar, who also left Syracuse a little while ago, passed away tragically in an automobile accident. Vic, now 55, wants to talk to younger musicians about the dangers of being on the road.

“Much of a musician’s life is spent traveling,” he said. “That means lots of driving.”

He emphasized the importance of staying focused and driving within the speed limits — something he says he had never been very mindful of — and he also wanted to share some safety tips for traveling with musical gear.

“You should always strap it down in the back or when possible put it in the trunk. If you drive a van, having a cage installed is good investment. You never know when you might have to come to a quick stop. If that happens, all your gear can come flying forward and you can’t do anything to stop it.”

Have A Friendly Five suggestion? Contact Reggie at reggie@softspokenband.com
or (315) 479-9620