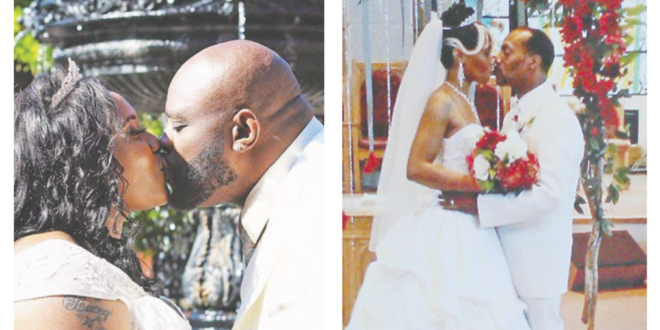 The Love of Making Music Together

I had taken a few months hiatus from writing this column as I sometimes need to do to keep my ideas fresh. But when Ashley, (The Stand’s director), told me that in honor of Black History Month and Valentine’s Day, the February print edition would carry the theme of love and Black history, I knew immediately what I wanted to do. I started jotting down names of Black music stars who were both married and historical.

But after I had gotten all the names written down, I realized they wouldn’t be the best choices to write about for this column. Generally, I reserve this space for giving props to local Black musicians.

I do that because Central New York is a region where there are little-to-no Black-owned performance venues or even venues that cater primarily to them. This coupled with the fact that the mainstream media has not historically made it a best practice to highlight them regularly, causes for their public exposure to be minimal and limited to what they can generate on their own through social media platforms.

So, I had to ask myself the question: How can I relate the theme of love and Black music history to local artists?

The answer hit me right between the eyes as I looked across the living room at my lovely wife laying on the couch. For nearly 35 years she and I performed as a couple in The Soft Spoken Band and in later years its alter-ego, her namesake, The Donna Alford JaSSBand. The music we made took us to many places we’d never thought we’d be able to go. There were trips up and down the coast, visits to resorts and casinos and many corporate parties.

“I just couldn’t believe where our talents could take us,” she said. “My favorite was the Bahamas.”

We retired both entities in December 2019, but I recall people often compared us to some of those same celebrity music couples.

“It wasn’t a bad thing,” Donna said, so I knew there had to be other local Black artists who might identify, too.

Jamar Lacey, 43, is part of a musical family. His dad and brother are both bass players, and his uncle Leroy is a guitarist in New York City.

Another uncle, Carlos “CP” Lacey, is a professional musician and impersonator. CP took over the role of “The Executioner” for the Apollo Theater’s famed “Amateur Night” after it had been played for decades by Howard “Sandman” Sims. Given that family history, it seemed only natural that Jamar might hook up with someone who had musical talents.

He met Kia at Antioch Missionary Baptist Church where she was the lead soloist and choir director. He was the choir’s drummer. They began dating, and after a few years, married in Septeber 2020.

Jamar and his dad, James “Jimmy” Lacey, are drummer and bassist, respectively, for the popular local band Trump Tight 315.

The band, like most, have gone silent during the pandemic, so Jamar’s been taking advantage of the downtime and rehearsing a new band with his wife. They are calling it Soul Keyz.

“I plan to create something that will bring revenue into the house,” he said. “But by revenue, I don’t mean just money. I mean anything that helps to strengthen our relationship and our household. It could be just bringing home the joy of making music together.”

Lacey adds he does not plan on quitting his other band.

I asked Kia how they were going to manage it all. She works both as a nursing education training specialist at the Joslyn Dialysis Center and sings in the band Ménage A Soul.

“I can look at my cousin Cheryl ‘Pepsii’ Riley as a model,” she said.  “She’s also a singer and a nurse.”

Riley has done national recordings and has also appeared in Tyler Perry stage plays.  “With God’s guidance there are infinite possibilities,” Kia said.

The pair says that to their knowledge, they haven’t been compared to any celebrity.

They remind me of Whitney and Bobby or Biggie and Faith, because both of these famous couples created music together and maintained their own solo careers.

Another pair of lovebirds on the local Black music scene are Eric and Belinda Love Jones. This couple met and began dating when they were both 17 years old. Belinda and her identical twin sister, Beleada Kearse, had a Gospel group at the time called The Allen Twins. Their father was a preacher, and they would sing wherever he preached. Eric saw them as one image because of their tight sound and strikingly identical physical appearances.

So, he convinced them to change their names to One Image.  One Image had the opportunity to open on tour for historical Gospel icons The Mighty Clouds of Joy and The Williams Brothers.

The Love Jones’ are also a part of Trump Tight 315. They have handled the group’s vocal duties since its inception about eight years ago while the rest of the seven-piece crew has laid down the funk.

Eric and Belinda, like many other artists during the pandemic, miss the personal bonds developed with their fans.

“I do it for the love of the people,” Eric said. “I like connecting with them and seeing them be entertained. I understand the effect that music can have on people. It can give them a release for whatever feelings they might be holding inside. There is a power in that, and I respect it.”

Belinda adds, “There is also an inner peace that comes when I’m singing, and others are enjoying it. I’m just grateful to have the experience. And what better way to have it than to have it with my husband!”

Eric agreed: “It’s nice to be able to sing together. We do it in our leisure time. We don’t drink or smoke, so we have this to share along with our home and our love.”

I asked them too, if they’d ever been compared to famous musical couples.

They replied in unison: “Yes.”

“Some people say Ike and Tina Turner or maybe Ashford and Simpson,” Eric said. “So we cover them in a quick routine, but for the most part, we stay away from their songs. We like to cover songs that were originally sung by soloists and arrange them as duets, or we will take two songs, one with a male and the other with a female lead, and put them together. An example of that is how we do “Shackles” by Mary Mary and “Don’t Look Any Further” by Dennis Edwards. Musically, the two songs are very similar.”

History is really about things from the past, but these couples have outlooks and relationships that are current and forward thinking. They do however share something special with the historical Black music stars I mentioned above. They are making music with the ones they love.

Making music with your Valentine is a very special experience. Happy Valentine’s Day, and have a wonderful Black History Month.

Reggie Seigler is a South Side resident and regularly writes the
“A Friendly Five” music column. If you have suggestion, contact Reggie at reggie@softspokenband.com or (315) 479-9620