Youth and adults are taught to think of themselves as individuals

Newspaper clippings describing various arrests and convictions decorate the wall of the steps leading to the basement of the Faith and Hope Community Center at 1029 Montgomery St. They are intended to serve as a deterrent to adolescents contemplating criminal mischief.

One clipping details the arrest of Antonio Owens. He is the founder of Team B.S.P.M., which means Building Strong Positive Minds and is meant to teach life skills to local youth and adults newly released from jail. The program works with nearly 40 adolescents, but has held events that attracted three times that number. 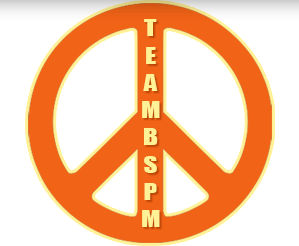 “For the first five years, I just couldn’t understand why I was in jail,” Owens said. He used the time to better himself. “What I did was read. As you’re reading, your mind goes further. We start understanding what’s going on, that this thing is bigger than us,” he said.

Akim Betsey, the outreach coordinator for the program, also took to reading in prison. Betsey took the initiative to educate himself while in prison. “If you can’t look inside yourself and see where you went wrong, then you’ll be the same person,” Betsey said.

The program runs Mondays through Thursdays starting at 4 p.m. The adolescent participants spend the first two hours doing homework, then the next two working out. The program also supplies them with dinner. Officially, Team B.S.P.M. started in spring 2013 with that title, but the volunteers have been working with the community and with the youth for years.

Betsey said he wants to instill that same self-analysis into the program’s adolescents as part of Team B.S.P.M.’s youth mentoring program. He said one of his  focuses is getting them to see themselves as individuals and not as part of a larger group, and to ask themselves if this is who they really are or who their friends are.

They use role-playing skits and journal writing. Owens said the skits are particularly helpful because they record the participants acting out different scenarios, and then they get the chance to watch it back on tape to see the positives and negatives of their decisions. Owens got the idea to keep journals because he was writing a book, which he called “a therapeutic experience.”

Currently, funding for Team B.S.P.M. comes entirely out of the volunteers’ pockets and through donations from people who want the program to succeed. Faith and Hope Community Center is letting the program operate out of its facility for free. Owens said this is because the center recognizes what the program is trying to do, but that he doesn’t like taking up other people’s space. He said they need their own building if they are to expand.

Team B.S.P.M. functions on two tracks — youth and adult. Part of the program is for felons coming back from prison. Owens said he wants to show them what people like himself and Betsey went through, and teach them how to conduct themselves for job interviews and keep their spirits high, saying that when he first got out of prison he put in 83 job applications and went on 12 interviews. He does this through the life-coaching program, in which he and Betsey, among other volunteers, offer guidance and advice to the participants in

Maurisha Stenson, director of Team B.S.P.M., said that parents look forward to the events the program runs and always ask about what’s next. She said that the honesty of the life coaches about their own lives and mistakes is what makes the difference in the lives of those who attend the program. Stenson volunteered at various other organizations and programs before joining Team B.S.P.M.

“I felt like it was important to give back because I grew up in these types of programs, like at the Southwest Community Center, so I always get involved with these programs,” Stenson said. She teaches participants how to cook, sew, use computers, and other everyday tasks.

Right now, the program has 38 officially registered members, but because all of their events are open to the public, they get a lot more than that. Stenson said a Halloween event they organized drew 126 people.

LaDeena Curry, the public relations representative and fundraising representative for the program, said she immediately said yes to helping with Team B.S.P.M. when Owens reached out to her.