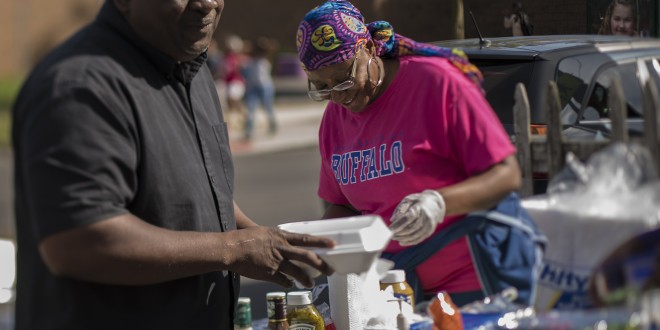 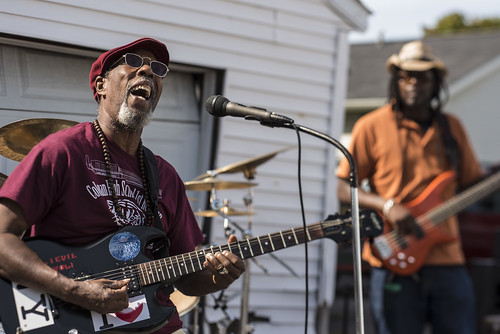 The first Taste of South Ave attracted community members to learn about different groups’ efforts in the neighborhood.

Bill Denham, co-owner of B&B Cocktail Lounge located at 310 South Ave., planned the event as a response to ones like the Taste of Syracuse, but also wanted to create an atmosphere of unity for the neighborhood.

“I just wanted to bring people down, give them entertainment and keep the community alive,” he said. “This is just a pilot run starting out this year, but hopefully next year it gets bigger.” 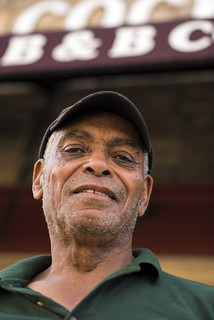 Bill Denham, co-owner of B&B Lounge, hopes to have another Taste of South Ave next year. | Photo by Leonard Adams

Mary Eileen Wood, the president of Inner City Rotary, said she felt it was necessary to have a presence at the Taste of South Ave to let people know groups doing good work does exist. The rotary club also sold hamburgers, hot dogs and lemonade to patrons. The service club serves as role models for inner city youth and does programs like field trips to dairy farms and forming basketball leagues.

“We want to improve quality of life for people living in the heart of our city,” she said. The rotary club also invited representatives from Syracuse’s lead poisoning prevention program to inform community members about the dangers of lead exposure to children.

The Urban Jobs Task Force representatives had a table and asked others to sign their petition and advertised an upcoming public hearing on the hiring ordinance the task force presented to the Common Council.

“Contractors have been coming into the city and not hiring in our community, but if the city gives them $100,000, they have to give 20 percent of jobs to people from depressed communities,” said Joanne Stevens, a member of the task force. The public hearing for the law will be 5:30 p.m. Oct. 6 at city hall.

Amy Samuels, representing the Onondaga Environmental Institute, held a workshop about the uses of a rain barrel to reduce pollution and sewage in the Syracuse waterways. Lanika Mabrey, from ACR Health, gave away free condoms and information about sexual health and STD prevention.

Attendees received all of this information while enjoying food and music from the Stevie Wolf band, but this was only a sample of what this event could become.

“Billy, the Rotarian who owns B&B Lounge, is very dedicated to the neighborhood his business is in,” Wood said. “This is the trial balloon, if there’s enough interest, next year we want to expand and make it a family day with activities for children.”