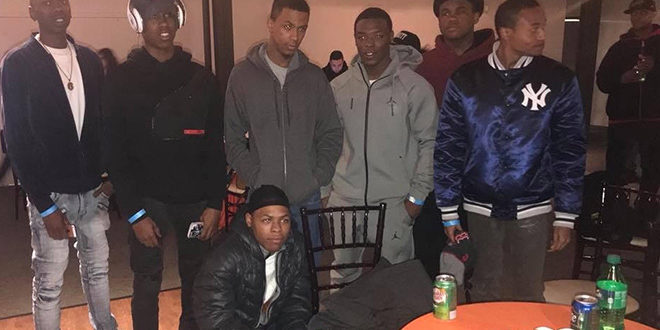 About an hour before hitting the stage, Dontray Sullivan was calm and collected. An aspiring rapper preparing to perform his new song, “Unique,” for the first time, Sullivan went so far as to make a bold prediction.

“I’m going to probably have to do it twice because that’s how they’re going to want to hear it,” he said, a joking smile on his face, but a clear note of confidence in his voice. “It’s so good that they’re going to be telling me to get back on stage and re-perform that one.”

While he didn’t quite earn an encore performance, Sullivan had the assembled crowd at a recent New York UP-State of Mind Youth Talent Showcase on its feet, rapping and dancing along to his messages of hope, equality and self-pride.

The event, presented by Upstate Golisano Children’s Hospital, was organized to provide young Syracuse residents with a platform to display their talents and recognize their capacity to stand as voices for good in their community.

Aimed primarily at lower-income African-American males, particularly those involved in Syracuse’s prevalent gang culture, the event was held downtown at SKY Armory, 351 S. Clinton St. It attracted more than 50 attendees and a dozen performers, ranging in age from those in their teens to mid-30s. 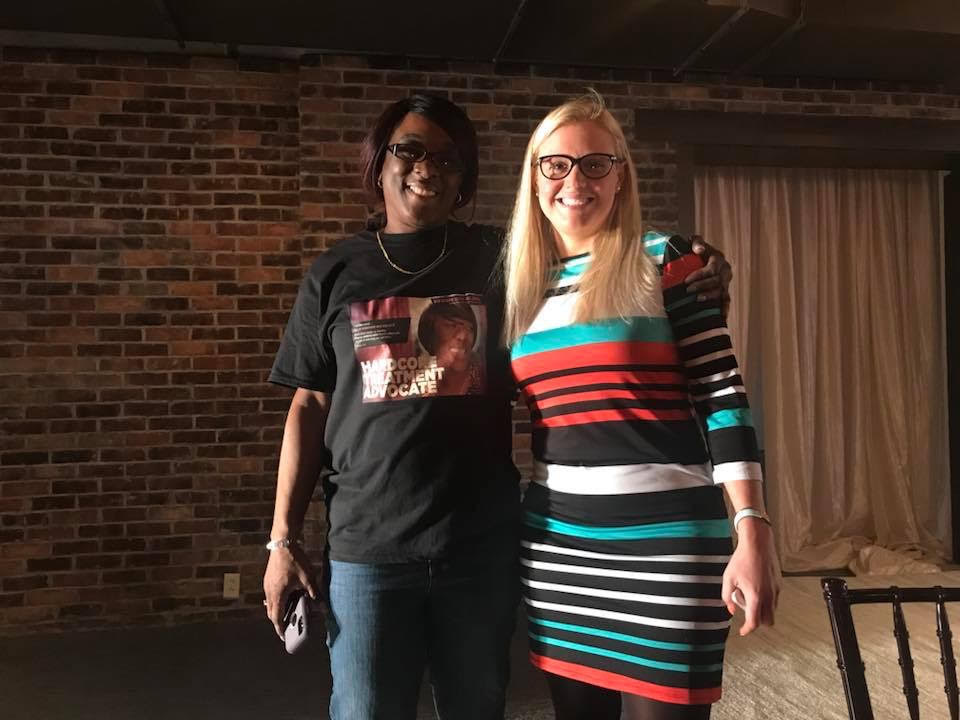 Karen Loftin, a longtime grassroots community organizer in Syracuse, put the showcase together after years of hearing the “high-risk” young people that she works with consistently express that they did not believe their voices are heard.

“Most of the time, their demographic is talked about as part of the problem, but no one invites them to the table … to sit down and hear their struggles and be part of the solution,” Loftin said before the event. “They’re either talked about or talked to, but never talked with. I made sort of a foxhole promise that if I ever got the opportunity through my connections and networks, we’re going to give them that platform.”

Loftin, 52, is a lifelong Syracuse resident who spent the bulk of her younger years going in and out of jail for, as she puts it now, “committing crimes to support my drug addiction.” Having last been incarcerated in 2001, Loftin recently became the first member of her family to graduate from college when she completed her degree in child and family services at Syracuse University.  These days, she’s completing her master’s degree.

Loftin said she is able to personally serve as an inspiration to the young people that she works with, many of whom made up the crowd at the talent showcase.

“I’ve traveled those same crooked roads that they’ve traveled,” she said. “Now they can use my life as a symbol of hope, like, ‘She did it, so that means we can have some hope of being able to do it.’”

In a similar vein, the event featured speeches from two activists — both of whom are former gang members and now work to curb gang violence — applauding performers and attendees for rallying around a positive cause and persuading them against life “on the corners.”

“I’m a success story because I’m here, and I’m living, and I want y’all to be success stories as well,” said Asean Bey, a self-proclaimed “gang extractionist” who himself was a gang member for 25 years. “I don’t want to see y’all perform up here, and then in two days I watch the news and see you on there. Remember that there’s more to life.”

The downtown event was also organized as part of Upstate’s efforts to prevent the spread of HIV in the community, in partnership with the statewide campaign HIV Stops With Me. Attendees received gift bags containing contraceptives and literature regarding sexual health. Representatives from Upstate stood in attendance.

Upstate specifically offers a pre-exposure prophylaxis (PrEP) program. PrEP is medicine that can be taken daily by people who are at high risk of being exposed to the virus to lower their chances of infection.

“We are focusing on preventing HIV, that is really important to our mission here in the community,” said Nicky Jennings, the PrEP Education Specialist at Upstate. “We have this really amazing tool to prevent HIV, and we want people to know about it. People in Syracuse today are still getting HIV and that does not need to happen. We have the tools to prevent it.”

Onondaga County is one of only seven counties in the state — excluding New York City — with over 1,000 people living with HIV, as of December 2016, according to the New York State HIV/AIDS Annual Surveillance report.

Loftin has been HIV positive since 2010 and is an active spokesmodel for the HIV Stops With Me campaign. According to its website, HIV Stops With Me is a “multifaceted, national social-marketing campaign that aims to prevent the spread of HIV and reduce stigma associated with the disease. The campaign features real HIV positive people talking about real issues.”

“There’s no reason for people to contract HIV if they engage with this information,” Loftin said to the crowd. “You have PrEP, you have other treatments, you have condoms, you have me, you have Nicky, and you have each other.”