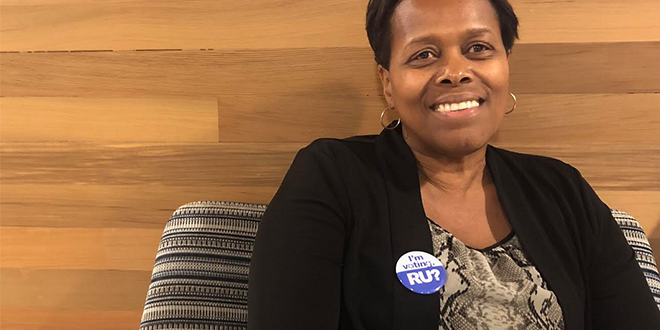 Monday, Sept. 17, Matthew Leighninger of Public Agenda spoke at the community room in OneGroup on the importance of civic engagement and the idea of participatory budgeting.

Barry Lentz, a member of the fiscal advisory council and co-chair of the Civic Engagement Committee, originated the workshop idea.

Lentz credits Mayor Ben Walsh for also contributing, because the mayor has spoken about creating a fiscal summit, stressing the importance of participatory budgeting.

“When the administration took over, a fiscal advisory council was convened, which is a group of citizens who are engaged in various forms, such as municipal government, finance, community engagement and so forth,” Lentz said. “We began to look at a variety of issues around this city’s finances and what can be done in order improve the fiscal situation here.”

Michael Collins, the host, began the workshop commenting on the number of people in attendance.

“I thought that there were only 23 people who knew what participatory budget was,” Collins joked. “To see double that in this place, I clearly underestimated.”

Around 40 people were in attendance, having surpassed the expectations of Collins, Lentz and Deputy Mayor Sharon Owens, according to them. 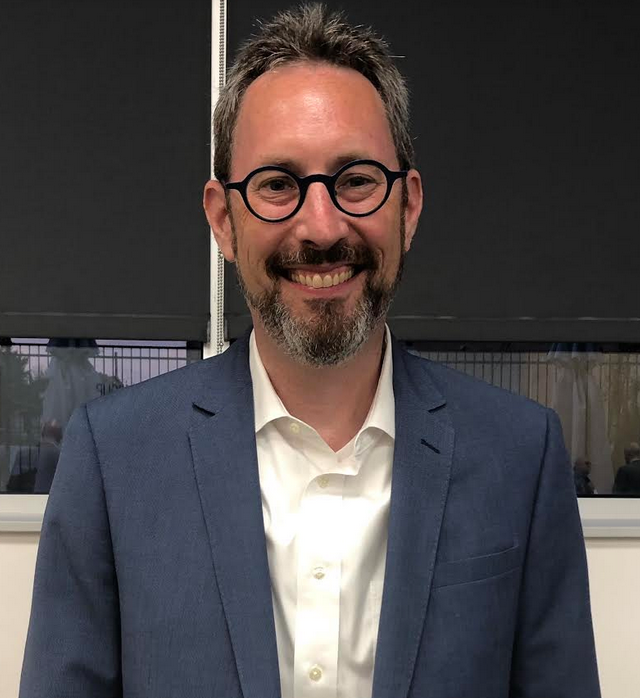 After Collins’ introduction, Leighninger took over the microphone and gripped the audience’s attention. He defined public engagement, but did not just stress the governmental aspect of it. He also stressed the personal benefits. By including facts, such as the correlation between parent and family engagement with student achievement, he left an impact on the crowd. Attendees could hear their neighbors whispering, “that’s right,” and, “preach.”

Leighninger said that engagement is more important now than ever, due to the indifferent attitudes many citizens have taken on. He said that, generally, people are less aware of what is going on in their governments and are less willing to be governed than ever before.

He provided examples of both. Thick engagement, according to Leighninger, is letting citizens make decisions. He said an example of thin engagement is an individual signing a petition in a park.

Leighninger said participatory budgeting is a combination of both and then continued to explain the process. The first step is neighborhood convention, where other residents of the community work together on issues they are passionate about. Then, an idea fair is held where everybody votes on which programs they consider most important. Once the results are in, money is distributed from the highest rankings to the least, until it eventually runs out.

The reason why Leighninger began the conversation with engagement is because he believes engagement plays a significant role in successful participatory budgeting.

“The number of people that show up is 90 percent of the work,” Leighninger said. 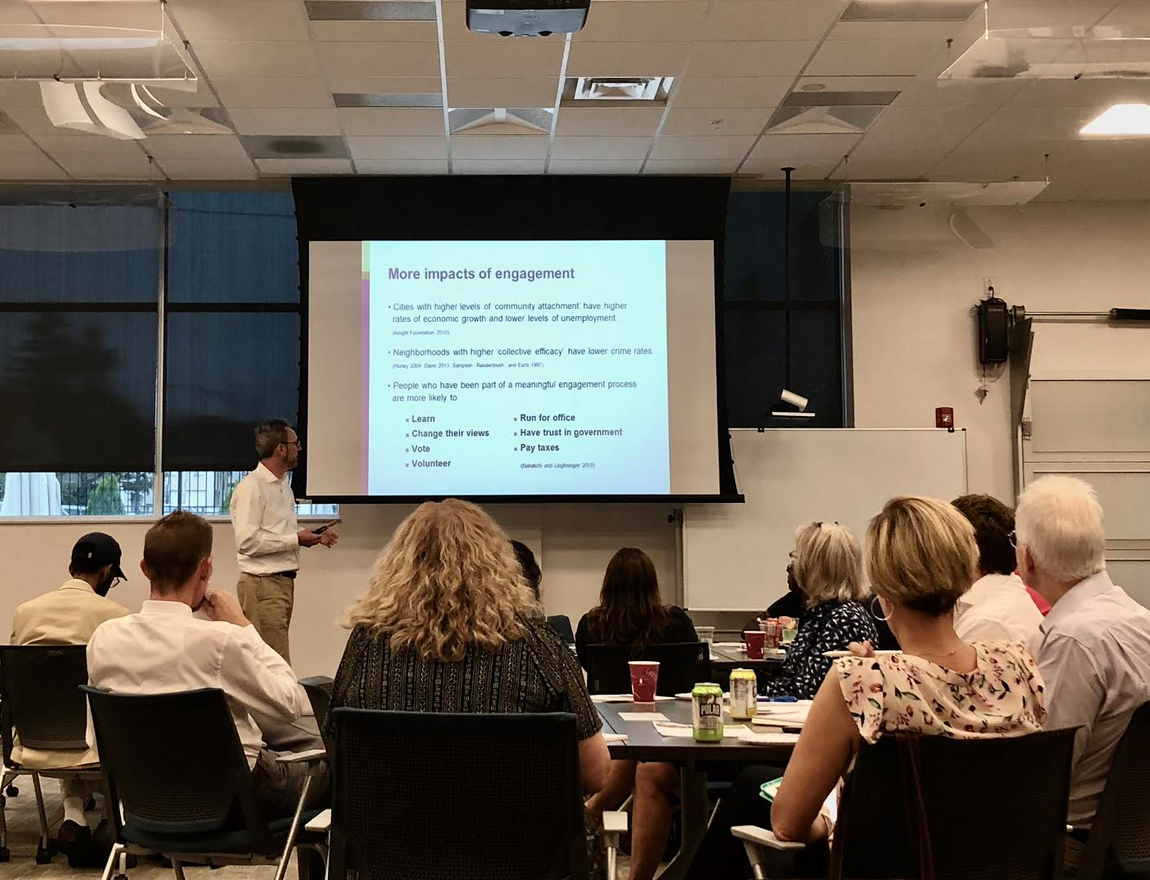 Not only did Leighninger talk about engagement, he also engaged the audience himself. He created a poll asking them to evaluate his presentation. He also included questions that asked for attendees’ opinions, ensuring the importance of their voices.

Once Leighninger’s talk concluded, Lentz ended the workshop by telling those in attendance they will receive an e-mail of Leighninger’s PowerPoint, alongside a survey. He reiterated that this workshop is just the beginning, noting future sessions will be held.

“There are concrete steps forthcoming that will continue the conversation we began tonight,” Lentz said.

Following the event, Owens reflected on how well it turned out. When asked if the workshop increased her confidence in the people of Syracuse, she had a very positive response.

“Absolutely,” she said. “I always have hope for Syracuse.”

— Article and photos by Raven Rentas, The Stand Staff reporter