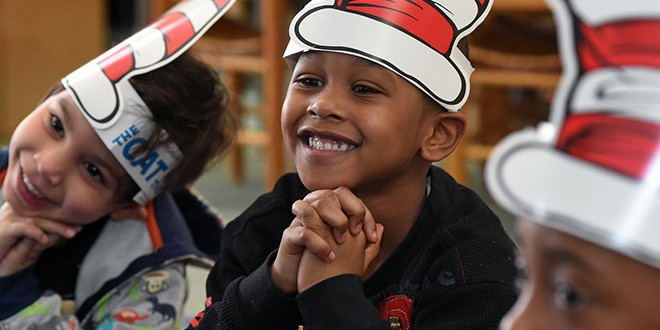 It’s time to register your 4-year-old for pre-kindergarten in Syracuse.

The Syracuse City School District has received a $1.6 million grant to expand pre-K offerings this coming school year. Two new classrooms are being added to this year’s pre-K budget so more 4-year-olds in the city will have access to early education programs. But we must make sure all these spaces are filled to secure the funding and keep pre-K moving forward in our community.

Research continues to document that early childhood education confers many benefits, both immediate and long term. Children enrolled in quality pre-K programs enter kindergarten better prepared for learning and are more likely to be reading by the third grade. These kids also have higher high school graduation rates and lower incarceration rates later; they are more likely to attend and complete college and to enjoy better job prospects.

Even without a college degree, youngsters who experience pre-K are more likely to be employed in the future and to earn higher incomes. In addition to these positive outcomes for children, full-day pre-K programs support the needs of families to balance their work schedules with their children’s education.

Perhaps most important, there is growing recognition that pre-K provides a vital step out of poverty, equipping children with early academic and social-emotional skills. Today, educators, business leaders and public officials are all talking about the value of this investment — both social and economic — to our nation’s future. As Nobel Prize-winning researcher professor James Heckman put it at the White House Summit on Early Education in 2014: “The evidence shows that (it) is much more effective to invest in high-quality early childhood education programs than to remediate later in life.”

Nationally, President Barack Obama has proposed more funding for pre-K programs. Locally, Syracuse Police Chief Frank Fowler has stated that early education is the best deterrent to crime. The mayor, Common Council, school board and superintendent have all voiced support for pre-K.

Don’t miss out. Enroll your child in pre-K and give him or her a jumpstart for success in life.