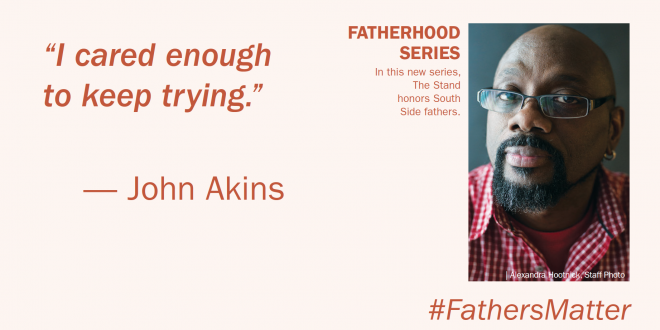 As their population grows, single fathers need help as much as ever

As a single father for the past two years, Anthony Pitts relies on the resources of the Southwest Community Center to help raise his 10-year-old son, Amarri.

Pitts, a community outreach worker for Syracuse Save Our Youth, works at the center, and Amarri is there almost every day after school. Amarri does his homework there, participates in programs and is even a peer educator, helping other kids with their homework. The two sometimes don’t leave the center until 8:30 at night.

But not all fathers have access to this same support system. 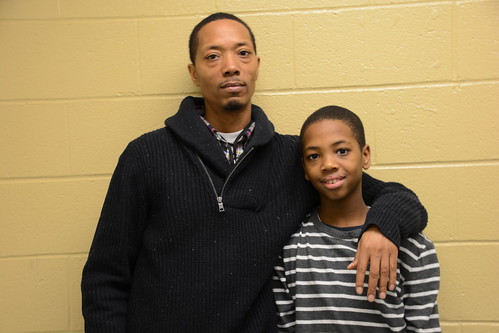 “Someone is always willing to help a woman,” he said. “Whereas a man, they feel he should be able to do it on his own.”

The Fatherhood Initiative, a new program started in September by Syracuse Healthy Start, hopes to change this by supporting fathers and encouraging them to be a part of their children’s lives. The initiative is part of a nationwide push by Healthy Start to make sure fathers have the same resources available to them as mothers do, said Lisa GreenMills, program coordinator for Syracuse Healthy Start.

The launch of the Fatherhood Initiative comes at a time when the role of a father is being redefined. A June 2013 Pew Research Center study found that Americans now expect fathers to be more of a moral teacher and emotional comforter than a breadwinner or disciplinarian. Fathers are spending more time with their kids, too — three times the number of hours they were spending in 1965, according to the study. That’s a good sign, since the study found that 69 percent of Americans say having a father in the home is essential to a child’s happiness.

There has also been a rise in the number of single fathers nationally, according to a July 2013 Pew study.

Local trends are similar, GreenMills said, and the initiative is designed to help fathers be more involved in their children’s lives. The initiative, which is open to all fathers in Onondaga County, has two main parts. The first is a case management program where fathers can get one-on-one help with legal, educational and financial problems, finding a job and any other personal issues. The second part, which will launch soon, involves support and educational groups for fathers, GreenMills said.

Another important part of the program is the Fatherhood Committee, which brings together different local groups that provide services for fathers. This includes groups that help with men’s health, provide parenting classes, or that help with legal problems, GreenMills said.

“There’s a lot of programs in Syracuse that can support men but they may not know about them,” she said. “So we’re bringing together all these services and trying to make men aware, making them available, making them more accessible so people can be successful.” 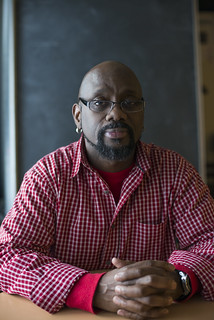 Even though the initiative just started accepting cases in late November, there are already five fathers in the initiative’s case management program, said John Akins, a community health worker for Syracuse Healthy Start who runs the initiative.

Akins conducted a community assessment prior to the start of the initiative to better understand the needs and concerns of fathers in the area. Some of the main concerns expressed by fathers were economic and legal issues, he said. But Akins was also pleasantly surprised to see how many fathers said they wanted a good relationship with their children’s mother so they can be a better co-parent.

This last concern hit home for Akins. His two biological children live in North Carolina with their mother, whom Akins did not have a good relationship with initially. But then Akins’ mother gave him some advice: “Persistence overcomes resistance.”

Akins’ two daughters, now 19 and 21, are both in college. He still has a good relationship with them and their mother. Akins also has stepchildren, who call him DASH (short for Dads Are Sweet Hearts). Through the Fatherhood Initiative, Akins hopes to help other fathers dealing with similar issues get where he is today.

“My daughters didn’t have a chance to grow up in my home, but I was still able to have a level of success that I’m really, really proud of,” he said. “So maybe, just maybe I can help someone else with their children out of the home. Maybe I can give a little bit back.”

Know a Father to Spotlight?

To nominate a father, send a short explanation with contact information to The Stand Director Ashley Kang by calling  (315) 882-1054 or emailing ashley@mysouthsidestand.com