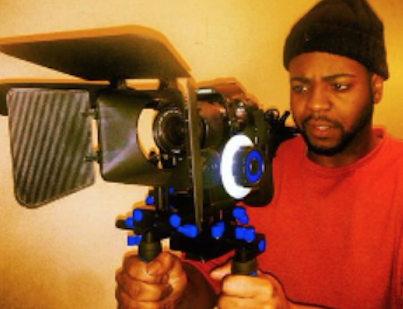 Bachus is excelling and enhancing his craft locally and wants to go above and beyond this city.

Self-taught, he humbly stated his skills becoming a photographer began by accident promoting T-shirts for one of his upcoming films he wrote and will direct called “Face Of A Real Boss” about Tyrone Hines. 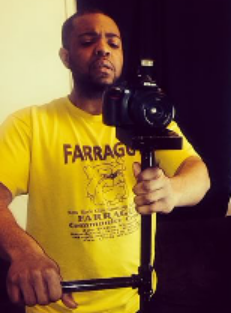 Since May 2015, he has had many clients seeking creative professional photos stamped with Nykeace on them. The camera is one of Bachus babies he says. The feedback for his photography company, Innovations Studios, has gotten him nothing but love.

There are many who look up to him as one of the best photographers Syracuse has to offer. He created an outlet, especially for models, to build their portfolio and tell a story through pictures.

Not only is he telling stories through photos, but also with film. Co-directing the 2013 movie “Self Made” with Shamroc Dancil, Bachus also served as an actor.

Currently, Bachus is directing the upcoming film “Loving The Same Man,” written by myself.

This jack-of-all-trades is highly skilled in his craft, but knows he has so much more to learn. He is willing to network and collaborate with anyone who reaches out.

One collaboration in particular is with Nina Purhenn who with Bachus has started a trend with their Goal Line selling inspirational hats with quotes such as “goal getter” and “goal digger.” This movement has taken off and helps people want to make their dreams come true.

Bachus’ advice for anyone who wants to fulfill their dreams: “Just do it. No matter what it is, just do it however big or small.”

Nykeace Bachus is fulfilling his dreams with so many accomplishments and there’s much more to come.

For anyone wanting to contact Bachus, reach him at Nycnykeace@yahoo.com.