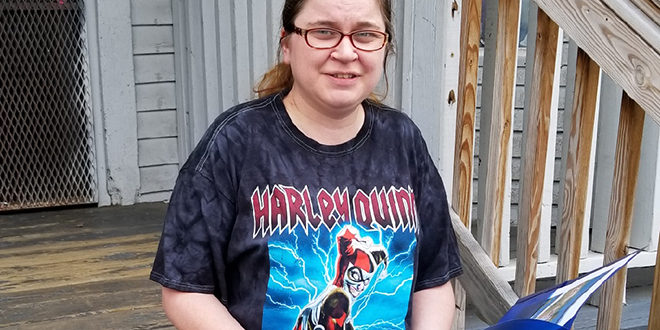 Stacy Monroe thinks a 19,070-square foot home that includes three separate kitchens is ridiculous, but others showed admiration for reaching that net worth.

In one of the poorest parts of one of the poorest cities in America, you might assume there’d be widespread resentment against the scion of a World War II screw maker erecting a mansion of elephantine dimensions, even by the Gatsbyesque standards of Skaneateles.

But that’s the magic of America. Even on Syracuse’s South Side, maybe especially on the South Side of Syracuse, where the poverty rate runs about 40 percent, there’s a reluctance to begrudge a titan his spoils, which in this case involves commissioning the largest home in Onondaga County history. That’s our system. In America, you deserve all the garish overkill you can afford while the middle class shrinks and the underclass swells. Because who knows? Someday, with a lucky break here or a winning lottery ticket there, the dude in the silk stockings could be you.

“They’re just mad because they can’t get it,” Joseph Bryant, a customer at Cut Kings barbershop on South Salina Street said of the estate’s naysayers. “I believe in capitalism, man.”

I asked Joseph if he has a fainting room, a signature amenity of the new mansion.

Fainting rooms, if you weren’t alive in Victorian England, were private spaces that usually included a sofa or daybed to assist the gentler sex in recovering from “female hysteria” and to provide general respite from the tumult of worldly insult. I’m not sure why one would be necessary in gentile Skaneateles unless a bottle of Chardonnay at the Krebs wasn’t properly oaked or — pray it not be so — a dreaded jet ski took to the lake in defiance of common decency.

In fairness, the fainting room is but one of many, many rooms. Plans for John Mezzalingua’s 19,070-square foot mansionstrocity also include three kitchens and two kitchenettes, an indoor pool, squash courts, nine full bathrooms and three half-baths, three barns (one housing a basketball court) and a $305,000-a-year estimated tax bill. There will also be a two-story gatehouse and a boathouse, both with living quarters. You can see the whole 26-acre thing rising on the western shore of Skaneateles Lake like a giant extended middle finger to scrap metal king Adam Weitsman. Poor Weitsman. He hasn’t even had a full decade to boast the biggest home on the lake. Now, confronted by the sheer might of the Mezzalingua Empire, whose gift to the world is building cell phone towers and other telecommunications gizmos, Weitsman’s 12,300-foot dwarf shelter scarcely rates above a double-wide in Scriba.

“It’s a good set-up,” said South Sider Doy Mobley as he waited in his car for his lady friend in the parking lot of a Family Dollar Store and killed time reviewing my helpful Mezza-Manse Cheat Sheet. “If I had the money, I’d get it myself.” He asked me not to discuss the fainting room in front of his friend. “Don’t be putting ideas in her head,” he said as they drove off.

After we chatted, I headed into the store to pick up a darling house warming present for John and his family, but before I tell you what it is, I should note that I did encounter South Siders who were less than accepting of the project.

“That’s for one family?” Stacy Monroe, a mother of two, practically shouted. “Why? That’s ridiculous. Why not use that space for people who are homeless?”

Now there’s an idea everyone in Skaneateles can get behind.

Stacy said she was homeless for a time, living in a tent in the woods of Rhode Island, bathing in creeks and showering in the rain. She said she finds it offensive that when so many people have so little someone is building a palace whose only purpose seems to be to tell everyone: “I’m better off than you.”

Malinda Stephens, a daycare teacher, also had a hard time relating to the grandiosity.

“I don’t need things to make me feel important,” she said as she did her laundry at Colonial Laundromat. “Some people get this stuff and they still won’t be happy.”

I asked her if she has a fainting room at her house. “Yeah,” she said. “My bathroom.”

Mezzalingua has let it be known that he won’t discuss the project because he’s a private person who doesn’t desire attention, and, of course, that’s what people who don’t desire attention do. They build the biggest home in a county of half a million residents, and they do it on a lake where tour boats glide by all summer and everyone gets to hear all about you and your modest, unassuming nature.

As an acknowledgement of that restraint, humility and quiet dignity, I purchased the Mezzalinguas a little something at Family Dollar, an interior plaque with the inscription “Simply Blessed.”

Then I got out a marker and added two words of my own at the top: “Not so.”