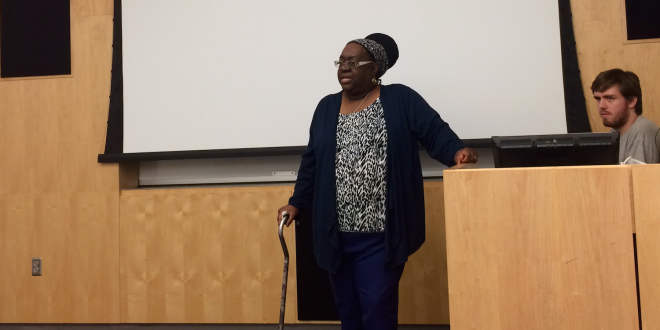 Brenda Muhammad tells neighborhood stories in the name of justice

When Brenda Muhammad first enrolled in the Documentary Film and History graduate program at Syracuse University, her plan was to create a film that would narrate the stories of men who traveled to the Million Man March in 1995.

What she ended with was something much more local, but just as enlightening. 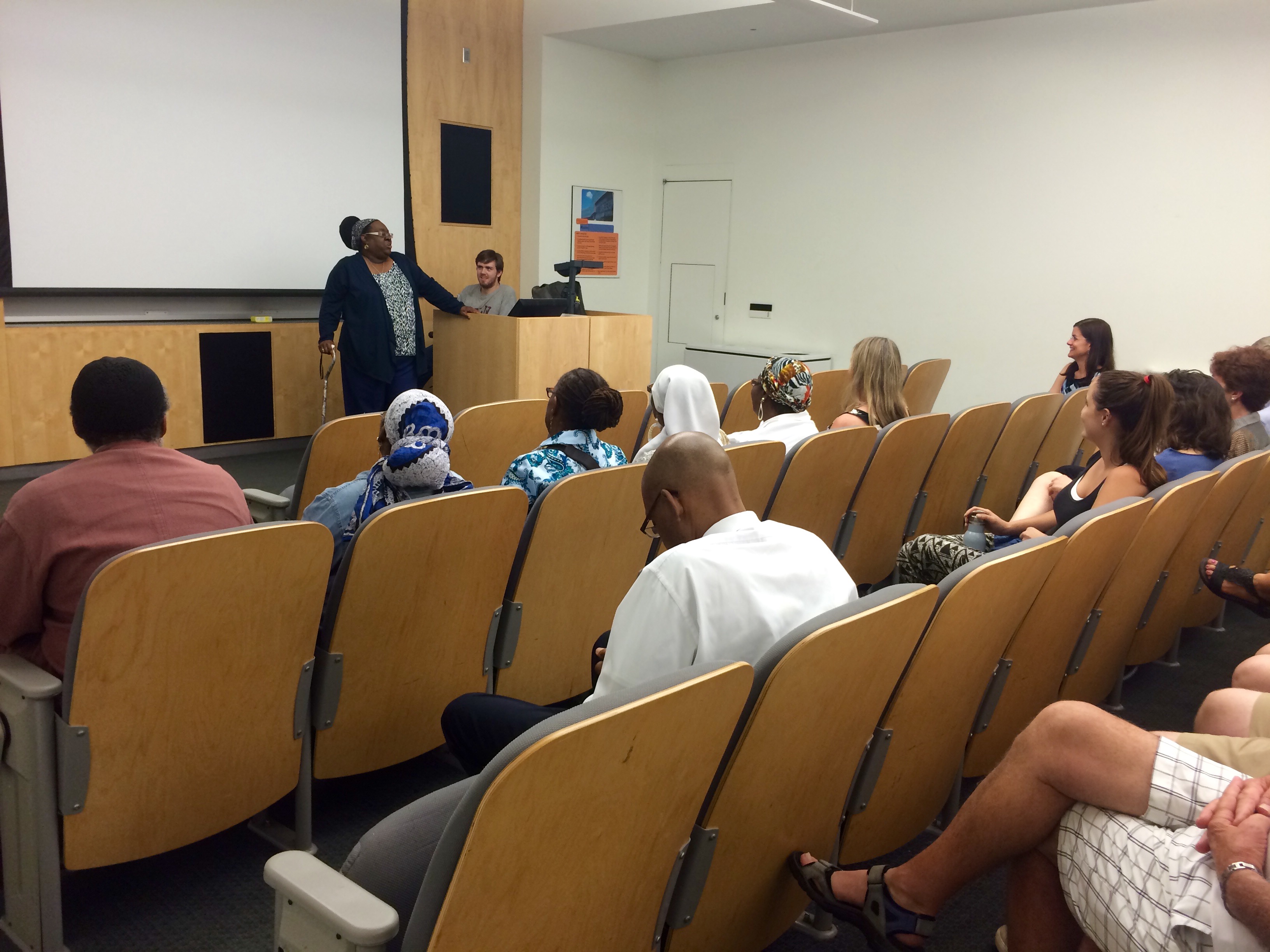 On May 29, Muhammad and three more of her classmates showcased their final products to an audience of family and friends at the S.I. Newhouse School of Public Communications. The films tackled a range of subjects, including international crises, criminal justice, personal relationships and neighborhoods.

“The final product is way different than what I had originally envisioned, but along with the creative process, things changed,” Muhammad said.

Muhammad’s film, “This is My Neighborhood,” opened with a shot of her home on the South Side of Syracuse. Muhammad’s voiceover describes, across the street from her house, the poster memorializing Rashaad Walker Jr., an infant who was shot and killed six years ago.

“He’ll never grow up to be able to change our neighborhood,” Muhammad says in the film. The poster and a memorial of stuffed animals appear on the screen. “However, the presence of his picture there may help to change it.”

Muhammad goes on to describe the shooting death of her husband Keith Muhammad’s stepbrother, Jeremiah Mitchell, by a Syracuse city police officer in 1970. The officer, Paul Larkin, was cleared of criminal charges. Scenes of police cars and officers in Muhammad’s neighborhood punctuated her speech.

The tone changes to something more uplifting when Muhammad mentions community members and organizations working to make the South Side better: Clifford Ryan and his O.G.’s Against Violence movement; Focusing Our Resources for Community Enlightenment, the nonprofit organization founded by Keith and his brother Mark Muhammad, and Timothy Jennings-Bey and the Street Addiction Institute, Inc.

“There are a lot of people here in Syracuse that have untold stories, and I think the history and stories are rich and need to be told,” she said. “I think I’ll have to turn my focus on reaching out to them and continuing the journey.”

Right now, Muhammad interns as a videographer with the Gifford Foundation’s StoryGrowing project, an initiative to equip nonprofit organizations with the tools to communicate ideas through storytelling. She said she eventually would like to do similar work in helping individuals and organizations document history.

Overall, Muhammad said she’s grateful for the learning experience and looks forward to using her newly acquired skills to reach even more people.

“It was a wonderful opportunity and a draining experience because it took me out of my comfort zone. So it’s time to regroup so that I can bring justice to my community and get those stories told.”