The evening of Sunday, Oct. 30, at the Hergenhan Auditorium at Syracuse University was just as much a fundraiser as it was a welcome home celebration. South Side native Calmesha Givens, known amongst friends and family as “Caly,” hosted an evening of elegance to raise money for her first independent film “Fighting the Odds.”

The movie, which Givens will star in, tells the story of a young woman whose plan to marry an athlete leads to a threatening life situation that prompts her to take up boxing.

After recently returning from a stint in Los Angeles, Givens was met in Syracuse with open arms. The co-founders of the Faith and Hope Community Center on Montgomery Street, Bob Harrison and Eddie Beauford, trained her as a boxer, even providing her with her own set of gloves. Harrison has known Givens since she was a little girl and is proud of her efforts.

“Tonight means people such as ourselves that look like us can do positive things if given the opportunity,” he said.

The only reason Givens said she left Syracuse is because she noticed the arts programs were leaving too. She noted the symphony and the Paul Robeson Theater, where she got her start.

But Los Angeles was all about the look.

“During my time in California, it was all about appearance,” she explained. “When you’re comfortable in your skin, other people, they don’t like that. It really doesn’t work for them. They want you to be what works best for the industry.” 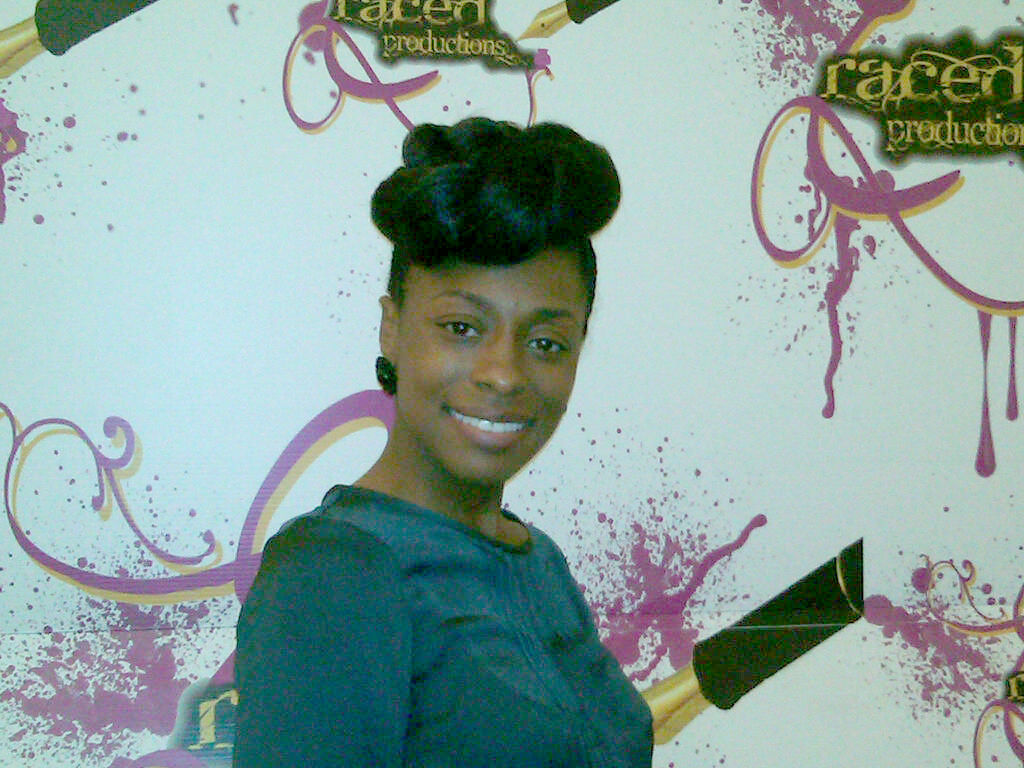 So she came back to familiar territory to tap into a growing base of overlooked talent.

“Syracuse is not a large metropolitan city,” she said. “Unfortunately, we don’t have the same resources or the same artistic programs. That is one of the main reasons I brought this film here, because I feel we need more recognition.”

Sam Rowser, program director for On Point for College, a non-profit that helped Givens with the college admissions process, was gratified to see Givens come full circle.

“When I see her come back and give back to the community and try to help others, it’s very exciting for me,” he said.

Deborah Paul, Givens’ former tutor from Corcoran High School, welled up with tears when asked about the significance of Sunday’s event.

“I worry about so many students … that they won’t graduate and won’t have a lot of choices in life,” she said. “It’s good to see someone that we spent a lot of time with doing so well.”

Givens’ company, Eraced Productions, is looking for $16,500 in private financing to produce the film. The films co-producer and editor, Raquan Pride, whom attended Corcoran High School with Givens and worked with her as a counselor at Hillside Work Scholarship, is a 2011 alum of the S.I. Newhouse School of Public Communications at SU. He has already worked extensively with Givens’ in film editing.

Newhouse professor and local radio personality Dr. Rick Wright acted as the evenings Master of Ceremonies. He described the entire effort around “Fighting the Odds” as an eight-course meal endeavor in a landscape of mediocre fast food products.

Givens herself has fought the odds. Ten years ago, she was known as the leader of a gang and was raised by her grandmother when her parents were incarcerated. This is why this film is so important to her. As she said during at the event’s closing, “A lot of young women think they need to lean on men for financial stability. I hear young women talk about marrying athletes in our community. The best thing for me to do is create my own opportunities. We are all fighting the odds in our own way,”

To learn more and to support the film, contact Calmesha Givens at (310) 728-996 or calygivens@hotmail.com