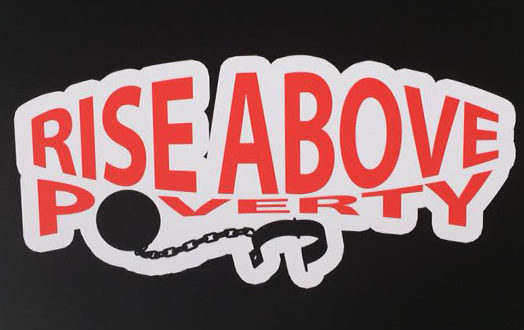 With just a few months of good works to its credit, Rise Above Poverty may be the newest of charitable groups determined to help out in Syracuse. Starting in September, the founder Reggie Kelley, his wife and a few friends dropped off basic hygiene products they had been collecting for months to students at Syracuse’s Danforth Middle School.

It all started last spring when Kelley read an article about poverty among Danforth’s students. He said he was floored by the school’s poverty statistics. Over the next few days, he said the information haunted him, and less than two weeks later, he and his wife decided they would start asking friends and family for simple donations.

“I wanted to do whatever the school needed. I didn’t have a plan, I didn’t have experience, I just wanted to know what these kids needed for their success,” Kelley said. 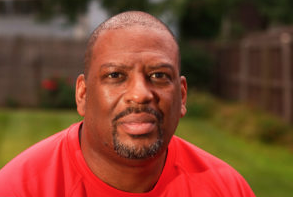 Kelley said he learned that the school’s social worker, Dani Perkins, would keep a rack in her office that held basic necessities, such as toothpaste, deodorant and soap. Students would come in and ask for the items they needed. If she had them, she would give them out. However, when she ran out, students would leave empty handed.

Perkins said in an email to The Stand, “Because our school is such a busy building it has been difficult to schedule time for non-school related emergencies.”

Kelley said he learned that at Danforth more than 8% or 50 kids in the school are what federal education authorities define as “homeless.” These students have no permanent residence. They could be living on the street or hopping from house to house or crashing in a hotel for the night, but in all cases they do not have a set plan for their future living situation.

Kelley said he also learned the reason items such as toothpaste, soap and deodorant are needed is because when money gets tight, paying the rent or buying food is often more crucial for some families than personal care. But without basic hygiene, students are more likely to get sick or embarrassed and thus less likely to come to school and focus on learning.

Megan Dennis, a friend of Kelley’s, said this prompted her to agree with Rise Above Poverty’s mission. Her husband, Winfield Dennis III, grew up on the South Side until he was adopted at age 12. He was often in similar situations to the kids at Danforth.

“He didn’t even know how to wash himself. If nobody had reached out and given him an opportunity, he would not be the man he is today,” his wife shared. “It’s crazy, but if you have to worry about all these other things, you won’t be able to worry about your education, and these kids need to know people care.”

Kelley explained that he and his board members try to make the donation process as simple as possible. Since the entire production has been grassroots, stemming from Facebook posts and word of mouth, people have come from all over to give Kelley items. In order to make sure nobody is turned away, Kelley said he will meet up with people at any place of their choosing to pick up donations. The group also has held a few drives on the street by Danforth.

One of the board members, Tashika Lewis, said the group even posts different sales on hygiene items they see at different stores in the area on the Rise Above Poverty Facebook page. She said a lot of people are worried when they can only afford one or two items, but the board is quick to explain every item is appreciated and needed.

The group’s first drop off to Danforth took place Sept. 21. According to a Facebook post by Kelley, the total collection tallied in at90 book bags, 500 bars of soap and /body wash, 425 toothbrushes, 425 tubes of toothpaste, 200 sticks of deodorant, 40 bottles of sanitizes and 30 containers of dental floss — numbers that Kelley said exceeded his expectations.

Kelley said he didn’t expect everyone in the community to be as receptive to the group as they have been, but he has found that when given an outlet to do so, most people are more than willing to buy items and spread the word. He was exceptionally thankful for his church, Northside Baptist Church in Liverpool, which provided the start-up capital and many of his most loyal supporters.

Troy Gray, a member of Northside Baptist who said he has really latched on to Rise Above Poverty, grew up on the South Side. He said he is sad about how prevalent poverty in the neighborhood has become.

According to the 2016 Census Bureau Report, Syracuse ranks 13th nationally for the highest poverty rate in the country. Among children, 47% of Syracuse’s youth under the age of 18 live in poverty.

“When I told people at my work, Meridian IT, and did a collection there, these people were just completely oblivious to what is going on and honestly, shocked as they all live downtown or in the suburbs,” Gray said. “They don’t know how bad that area is, but once we tell them, they want to help.”

Kelley next hopes to get Rise Above Poverty designated as an official non-profit organization, which will also allow him to receive a $3,500 grant and permit Rise Above to reach out to corporations for donations. In order to achieve this goal, he is attending classes through the Central New York Community Foundation. He said he hopes to soon expand the program to include other schools in the area and offer tutoring.

“I just like giving the kids a chance. If they can just see someone somewhere cares, it will give them a chance at advancing out of poverty,” Lewis said. “Even if it’s just one kid, that one kid is getting the chance many people didn’t think they would.”