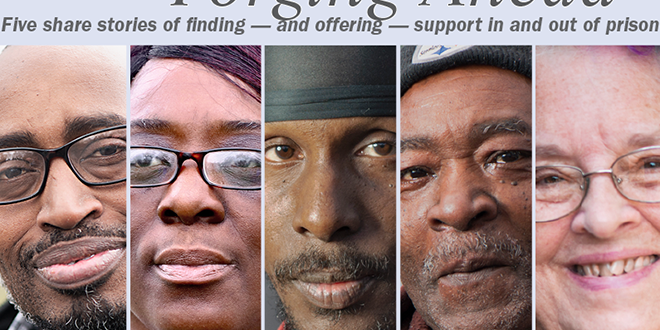 From left to right, Charles Rivers, Karen Loftin, Shallah “Brooklyn” Beal, James Rivers and Carole Horan all have connections to the prison experience. This group understands how invaluable support can be, both while an individual is incarcerated and once they are released. | Zachary Krahmer and Saniya More, Staff Photo

When Karen Loftin’s mother died, she was in prison. Her prison sentence even took her away from her children when each was learning to walk and talk. Now she has a college degree and a passion for helping others stay out of jail.

Loftin’s story is a moving and powerful one about cycles of abuse, the ravages of drug abuse and the power of community to save lives. Her account is shared as part of our series on how individuals reconnect with family after being released from prison. 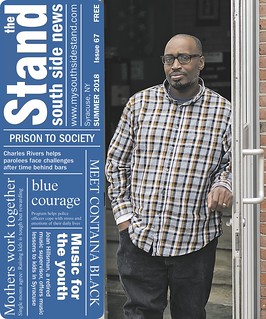 In May, we published an in-depth look at a state-funded program to reunite parolees with their families. Co-run by two ex-offenders, the program helped ex-cons move back home. Loftin worked with 17 men over the course of a year as their case manager at PEACE Inc., offering support not only for each but their entire family unit during the transition.

While most case managers have similar educational training, the majority are white, suburbanites with no direct knowledge of street life. Loftin’s past combined with her educational degree made her uniquely qualified to connect with grant participants, believes Mary Beth Welch, director of family services with PEACE Inc. Welch saw first-hand Loftin’s ability to recruit participants and sustain their re-entry because Loftin herself grew up in the neighborhood, related to their prison experience and saw their future potential.

Now pursuing a master’s degree at Syracuse University, Loftin is a full-time student with hopes to open her own youth center one day to keep local teens on the right path.

Others in the series include Shallah “Brooklyn” Beal who continues to move forward despite several setbacks.

Readers will also hear more from Charles Rivers, who was featured on the summer cover and meet his uncle, James Rivers, who shares what over a decade off of parole looks like.

Lastly, learn how Carole Horan provides support through letters to a current South Sider behind bars since 2014.