Senators, experts meet to raise awareness on dangers of using such drugs 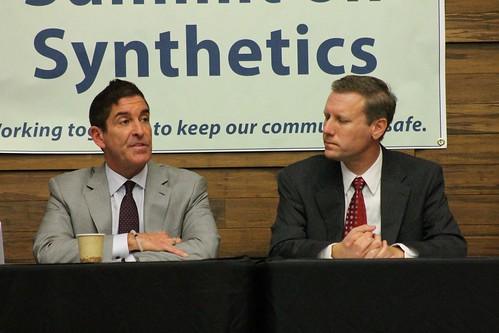 With a panel of about 30, including two mothers who lost their sons because of synthetic cannabinoids, the discussion covered legal consequences, prevention, the drug’s effects and prevalence in Central New York.

Teresa Woolson, whose 19-year-old son Victor died in 2012 after ingesting synthetic marijuana, started a nonprofit organization to raise awareness about the dangers of the product. “These poisons are much worse than any identified drugs, street or legal,” she said. “The consumer’s perception is that it’s legal and fairly safe. But it’s much more deadly than any drug out there.” 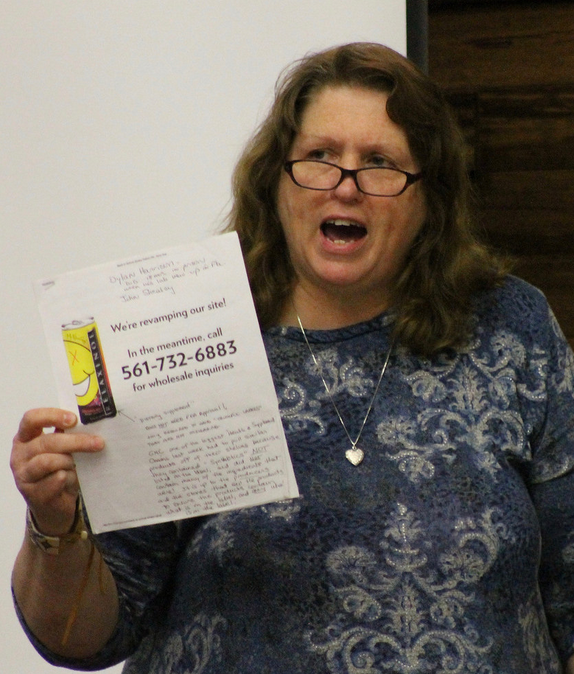 Deirdre Canaday talks about the store owner who sold her son spike, from which he overdosed and died.

Deirdre Canaday followed Woolson’s story with her own, about her son, 26-year-old Aaron. According to Canaday, Aaron also bought a package of synthetic cannabinoids from a gas station, and, on a “warm, sunny September day in 2011,” his friends found him unresponsive.

Sen. Klein, who represents parts of the Bronx and Westchester counties, introduced a bill during the 2015-2016 legislative session to prohibit the sale of synthetic marijuana, and to crack down on convenience store owners who sell it: a $2,000 fine for the first offense, a $5,000 fine for the second offense, and for the third offense, store owners would lose their alcohol licenses. Klein also suggested penalties similar to those of selling natural marijuana.

“I think it’s really important to remember that this is not just a New York City issue, it’s a state-wide and a national issue,” Klein said. “This is ravishing our communities.”

Woolson, however disagreed with his recommendations for similar penalties, claiming that spike, or spice, as it is sometimes called, is much more dangerous than marijuana, and the two can’t be compared. 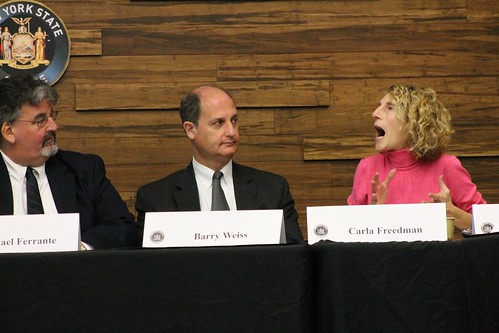 Referencing her experience prosecuting synthetic cannabinoid cases, Carla Freedman talks about how community groups can step up and aid law enforcement in catching the individuals who sell synthetic marijuana. Freedman serves as an assistant U.S. attorney.

The medical and health experts on the roundtable offered another perspective based on what they see in emergency rooms. Gail Banach, from the Upstate New York Poison Center at Upstate Medical University, said that in 2015 to date, there have been 590 hospitalized cases there as a result of ingesting synthetic cannabinoids. In 2014, there were 141. Furthermore, she said, 322 of those 590 cases came from Onondaga County.

Melissa Carr, representing Rural/Metro ambulance services, added that within her organization, one of the biggest issues is providing treatment to those who overdose on synthetic cannabinoids.

“We can’t treat those folks because a lot of times we don’t know what they’ve ingested,” she said. “When you look at a synthetic, we have no idea what you’ve taken and therefore have no idea how the body is going to respond.”

Representatives from the Syracuse City Police Department talked about how they handle individuals high on synthetic cannabinoids. They even showed a video of a recent case, a man shown flailing on the ground, kicking his legs and beating his head against a wall, to illustrate the behavior of people who have ingested spike and the challenges this represents to the officers.

“You could be a 6’5”, 250-pound police officer, but it’s going to take four or five cops to handle these types of individuals,” said officer Ed Falkowski. He added that the Syracuse City Police Department hears three to four calls a day regarding people on spike.

In all, the conversation provided insight into different avenues in dealing with synthetic marijuana use, from community-based efforts, to strengthening criminal penalties, to health consequences. Canaday extended heartfelt gratitude to the participants with her opening statement during her reflection: “You are the only glimmer of hope that both Teresa and I see for a future where mothers don’t have to grieve the loss of their children.”