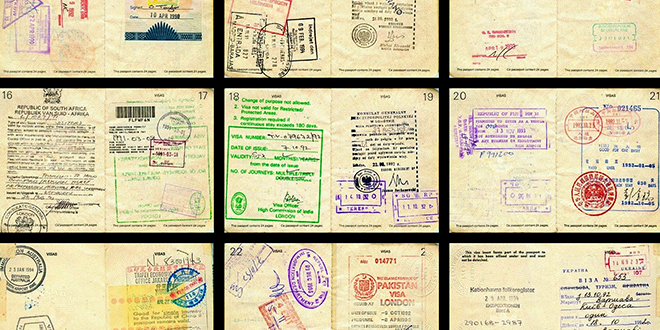 American bureaucracy stalls special visa to bring over brother, an Afghan national who worked for US military

In “Saving Private Ryan,” a World War II platoon headed by Tom Hanks searches for the only surviving brother of four, with orders to remove the soldier from combat so he can be sent home to his grieving mother. The movie popped into my mind when a friend, Saboor, asked me to help him publicize the desperate case of his youngest brother, Habib.

Habib, 28, is in hiding in Afghanistan amid the ongoing U.S. troop pullout. A Taliban death threat hangs over his head because he operated a small store, ran errands and did translation work at two U.S. bases there. I won’t disclose his full identity, or Saboor’s, for obvious reasons.

As in the movie, this story features four brothers bonded by a common cause. The four Afghanis spent years helping the United States during the protracted war touched off by 9/11. That will make you plenty of enemies in Afghanistan. The whole family was at risk of retribution and should have been allowed to immigrate under a special visa program designed to afford such protection. In this instance, the system worked — for the most part. The three oldest brothers, as well as one sister and their parents, now live in Liverpool, while two other sisters live in Virginia.

Saboor, a recent U.S. citizen, holds a master’s degree in public policy from Syracuse University and hopes to become an FBI agent. His portfolio brims with citations of merit, valor and gratitude signed by U.S. military commanders. For five years he managed two programs at Interfaith Works, the refugee resettlement agency on James Street.

Yet his own family’s resettlement was incomplete. Left behind was Habib and another sibling, a teenage girl. Due to oversight, error or foot-dragging in a time of anti-immigrant fervor,  the National Visa Center rejected Habib’s special visa petition on the grounds he lacked sufficient evidence that he worked for the United States in Afghanistan. Even a personal letter from the lieutenant-colonel John Gordy, since retired, who supervised him didn’t budge the State Department bureaucracy, which at present is processing an estimated 18,000 special visa applications, each of which can take years to resolve.

Then, in 2018, another letter, this one addressed to Habib, sent shivers through the entire family. It read in part:

The Islamic Emirate Mujahideen has been informed that you and your brother have been working for infidels (Kaferaan) in various camps. You have been spying on mujahideen. These actions are against the Islamic religion principles, illegal and forbidden.

After this notice, if the Mujahideen finds out that you are continuing to help  infidels, your death will become obligatory order on the Islamic Emirate. No  complaints will be accepted.

As frightening as the letter was in 2018, it’s even more daunting now that President Joe Biden has ordered the troop pullout, leaving hundreds if  not thousands of  U.S. assets vulnerable.

Saboor’s hope is that if enough people know about Habib’s predicament — or if the right people know —  it might produce a rare occurrence, a story from Afghanistan with a happy ending.

Here’s our conversation, edited for length and clarity:

Q. It’s hard to imagine the impact that letter had on your family. Can you describe it?
A. There was always the fear. You hear news about other people getting letters, being threatened, beheaded. It’s all out there and you’re aware of it, but then it hits the fan, and you’re the target or someone in your family is targeted. Then it becomes real.

Q. A year ago you visited your brother. What’s it like for him there?
A. He stays in the apartment almost the whole day. He’s depressed, isolated. You could see it in his body language, in his words … him being desperate for help. He can’t risk going to work. When he goes out, it’s only for quick errands, like shopping, and he has to think about where and when. He was concerned about our safety when we were with him.

Q. Your sister lives with him — she must be in danger as well?
A. I am definitely concerned for her. We applied for her visa when she was a minor. We’re more hopeful that she’ll join us soon because she is in the pipeline as a minor. They have done all the medical and the DNA tests to make sure there is a biological relationship with the rest of us. It’s moving along.

Q. Yet your brother’s special visa was denied and your appeal on his behalf was ignored. Why?
A. He got a letter from the National Visa Center that had every box checked except one — the one saying sufficient evidence of employment with the U.S. government had been provided. They’re flat-out wrong. We have copies of proof of work, his badge, everything. When Gordy found out about the rejection, he was pissed. He wrote a letter to the National Visa Center saying my brother worked with him and meets the criteria. We never heard back. The National Visa Center never responded.

Q. What’s the new strategy you’re pursuing?
A. Through United States Citizenship and Immigration Services it’s possible for a U.S. citizen to bring a sibling into the United States if you’re willing to be their sponsor. To support our application, I collected signatures from households  throughout Syracuse, and beyond, not just from friends. I did what a politician would do — I went  through my neighborhood and knocked on doors, explained myself, showed proof. We’ve also visited community centers and churches asking for support. Almost everyone has not only offered a letter of support, but offered to help support my brother financially when he’s here.

Q. Has any of that helped persuade Citizenship and Immigration Services?
A. Nope. They are saying I’ve filed an application, that there’s a time frame for processing these things. They’re saying wait your turn. I’m trying to convey the urgency of my brother’s situation. USCIS has the power to expedite cases based on humanitarian grounds. That’s all I’m asking for.

Q. I probably shouldn’t ask, but have any of our elected representatives been of help?
A. I first contacted Sen. Chuck Schumer’s office last year. And I just got done talking to them again today (May 4). I said I need help. They said we can’t tell Immigration what to do. I said, I’m not asking for a decision; I’m asking for you to highlight to them the urgency of the situation. They told me to write a new cover letter explaining all of this, and they’ll try to get it submitted again. They’re just initiating the process all over. They haven’t given me any sign that they’re truly interested in this case.

Q. What about Rep. John Katko?
A. We had several Zoom calls with his office, and they took our information. It was the same thing. They said they’d make an inquiry but then they came back and said we had to stick to Immigration’s timeline. To give you a sense of the timeline, they are now processing applications from 2006.

Q. I know how much you love this country, but at the same time I sense a feeling of betrayal. Is that fair?
A. I just want people to realize that when decisions are made to ignore a promise or a commitment, it comes with a cost. Sometimes the cost is people’s lives.

Q.  Do you suffer from survivor’s guilt, knowing that you made it out but your little brother and sister are trapped?
A. Yes. Absolutely. There’s nothing that puts me at a higher level than them. We all served in our own capacities, serving the same mission. To see them being isolated like this, it’s just not right.