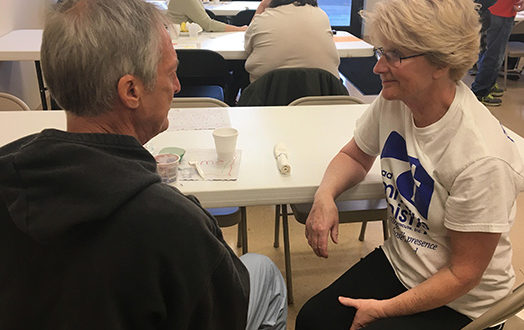 A frequent visitor, whom volunteers call “our friend M,” chats with Sheila Austin.

Every once in a while, someone who asks a simple question can unleash the power of good works. In the case of St. James Roman Catholic Church, a South Side parish, it happened a decade back, when the Rev. John Manno asked Sheila Austin if she knew any of the homeless people for whom she and other church volunteers were making bologna sandwiches.

Unable to answer, Austin and her fellow volunteers left that day with a challenge from Manno — to bring the food themselves to the shelter and meet the people living there.

The idea of driving around the South Side once brought fear to Austin, she said. But she explained that as she delivered the sandwiches, she got to know the neighborhood, which quickly turned for her into a community full of life and new relationships.

Nine years after making her first sandwich at St. James Church, located at 4845 S. Salina St., Austin now works as the director of Road to Emmaus Ministry of Syracuse, Inc. Alongside about 75 volunteers, Austin has established the St. Marianne Cope Center for Outreach, 4335 S. Salina St., a place for homeless or poverty-stricken individuals to feel at home.

“It’s a ministry about presence,” Austin said. “Just being present, in the moment, for whoever it is that presents to you in whatever condition they are. We use the model of the corporal works of mercy — feeding the hungry, giving drinks to the thirsty, clothing the naked, visiting the imprisoned.” 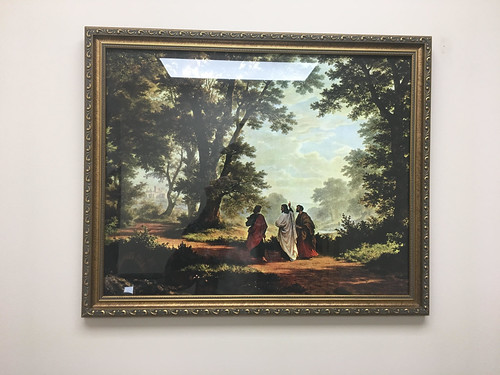 The name for the ministry comes from the road that Jesus walked with two of his disciples, as depicted in this painting that hangs at the center.

Austin explained that the ministry’s name refers to the road that Jesus walked alongside two disciples after he was resurrected. At first, the two men did not recognize him, she said. The ministry uses the Bible scripture to understand that although people might not recognize those they help, they walk with them because “everyone is an image of God” in one way or another.

Although Manno is no longer part of St. James, he is on the center’s board as the vice president. Austin said Manno thought of Cope for the center’s name because not only is she local, but she also took care of the suffering and forgotten. A Hawaiian leader had called upon her in 1883 and asked that she go there to care for people ostracized because they had leprosy. She told him she would go with her sisters to show the importance of caring for people, especially those suffering.

Syracuse’s poverty rate in 2016 stood at 34.8 percent, nearly triple the national rate of 12.7 percent, according to the United States Census Bureau. With one out of three people living in poverty, a direct plan to help everyone is unattainable. But Austin said having a place for people to come two days a week for food and clean clothes can make “a pretty big dent” in starting to help the community. 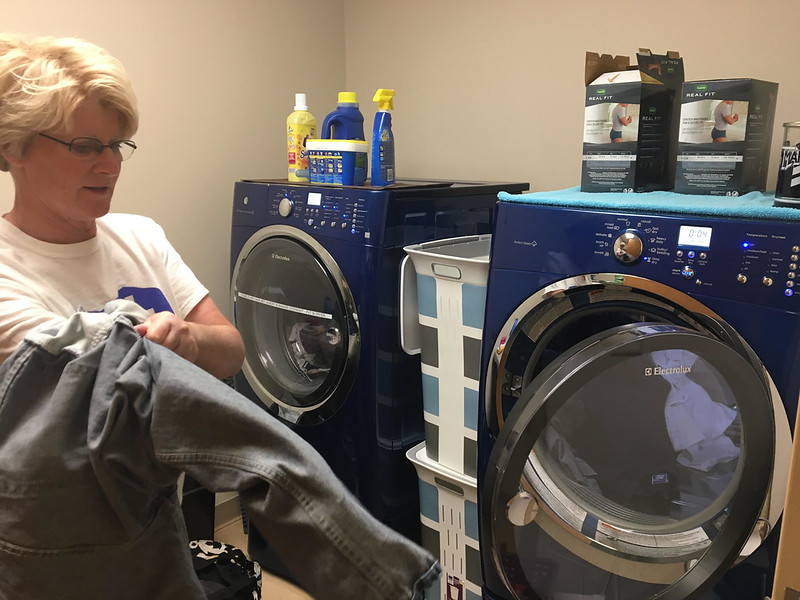 The center offers homeless and poor residents of Syracuse breakfast and coffee every Tuesday and Thursday morning. On the third or fourth Wednesday of each month, Austin and volunteers distribute about 60 to 70 bags of groceries.

“People would probably get up in the morning, and don’t see anybody with a smile,” said Penny Anderson, an Emmaus Ministry volunteer. “They know if they come here, they’ll get smiles and a pat on the back and some hot coffee.”

Anderson, who lives in Marcellus, began looking for service opportunities in her area, but there are not nearly as many people in poverty, she said. After spending a Sunday morning driving around Syracuse hoping to give sandwiches to people on the streets, she started looking for service groups. That’s when she found Emmaus Ministry, and she has been a volunteer for more than a year.

Barbara Roach, another volunteer, said it’s easy for people to disregard what is happening on the South Side when they don’t live in the city or if they feel cut off from the neighborhood by Interstate 81.

Her favorite part about the mission of the ministry and being a volunteer is meeting the people. She said it’s as simple as talking over a cup of coffee or a glass of water. The hesitations and barriers that some people have when they come to the city and see people in poverty need to be broken, Roach said.

“You don’t have to give them anything, but don’t disrespect them,” Roach said.

As Emmaus Ministry has grown, what was once a program that gave away sandwiches to the hungry has become an enterprise supplying meals, clothing, haircuts and foot washing, all of which lead to natural relationships with other local people.

Jesus washed the disciples’ feet because he wanted to show them how to help others, Austin said, and since beginning the foot-washing program in 2009, she and her volunteers have continued the work nearly every month.

Don Donahue, a volunteer, said he was first exposed to the ministry when Austin asked him to join her at a foot-washing program earlier this year at a men’s shelter. At first, he said, he felt nervous pulling into the South Side, which he regarded as an unfamiliar territory.

Once he stepped into the shelter and saw the volunteers at work, he said he instantly felt connected.

He saw three women washing men’s feet, clipping their toenails and engaging in meaningful conversations. He picked up a bucket, some gloves and joined the women in the service.

Donahue said he believes in the idea of “shadowing the leader,” which means that the leader’s actions show the volunteers what is possible. After seeing what Austin is able to do at the ministry, he said he wants to help people and connect with them in any way possible.

Austin said she thinks talking with individuals is just as important as the food or clothing the ministry offers. With the ministry’s center available for walk-ins during the week and working to create service opportunities on the streets, Austin and her volunteers provide a sense of home.

“It has everything that I ever envisioned,” Austin said. “I think we probably have outgrown it already. There’s so much more that we can do, but when you just let things evolve in God’s timing, and he directs you, and helps you figure out how to engage and figure out what people want, then that’s why we’re here.”

— Article and photos by Connor Fogel, The Stand reporter