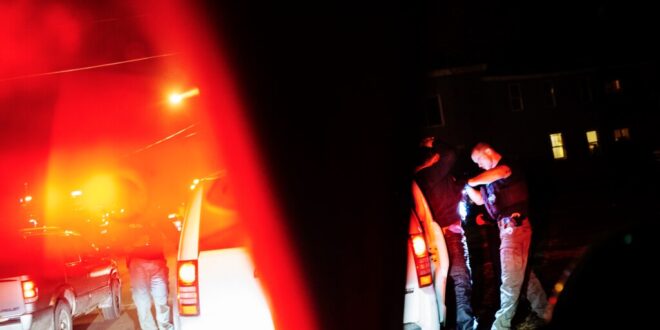 Members of Onondaga Community College's Race and Policing in America committee collaborated to bring a slate of events on policing to discuss proposed solutions. | File Photo

Onondaga Community College’s Race & Policing Committee hosted a series of reform-inspired talks this year following national protests for racial justice sparked by the killings of George Floyd and Breonna Taylor. The series concluded with the symposium “Change Is Going To Come” that centered the discussion on race and police in America. The event, held virtually over Microsoft Live April 30, featured Syracuse’s Chief of Police Kenton Buckner and others.

The event started with Kishon Hickman, a New York Police Department lieutenant, who presented on issues ranging from what a reasonable officer is; the intersections of hip-hop, social media and criminal justice, and what policing means now.

The biggest takeaway he offered was how policing has had dire consequences in many communities and has caused tension between officers and the communities they serve.

“When people distrust police officers … because they believe that the law is not being enforced equally across all communities, they begin to mistrust that machinery of government that makes America and those charged with really proposing these laws,” Hickman said.

Hickman’s presentation came with backlash. Kayla Johnson, a Syracuse activist, told Hickman it was a “slap in the face” for her that OCC had someone from the NYPD and not Syracuse’s police department as keynote.

Following the presentation, Yusuf Abdul-Qadir, lead organizer with Syracuse Police Accountability and Reform Coalition (SPARC), explained how policing is an institution, he sees as being embedded in white supremacy culture and one that helps to maintain this standard.

“It began out of slave patrolling, continued to evolve to maintain Black codes and developed from Black codes to preservation of Jim Crow,” Abdul-Qadir said. “As you continue to today, it is intimately designed in policing, Black and brown bodies.”

Abdul-Qadir believes the scope of police has now occupied every facet of our lives. Police are doing things they are not trained to do, such as being mental health therapists or being in our schools, he said. He noted there is bias in policing where Kyle Rittenhouse can kill people and police drive by him, while George Floyd allegedly uses a counterfeit $20 bill and is killed.

During the panel discussion, Syracuse Police Department Chief Kenton Buckner said the vast majority of police are “hardworking professionals” and “good people” but the problem with police is confronting other officers other when one is in the wrong.

“The problem in my view of our profession is that the 90 % have not done a good job of policing the 10 %,” Buckner said in regards to the good police officers holding other police to higher standards. “And that has resulted in a broad brushing of our profession.”

Buckner proceeded to explain, if these conversations are going to be inclusive, they must include the viewpoint of victims and who has hurt them.

“When we ask that disproportionate number of Black and brown citizens who harmed you? Who stabbed you? Who stole from you? Who hurt you? They do not describe David Wall [a white man],” Buckner said. “When we get that description, the description looks like me and Yusuf.”

Abdul-Qadir in response was disappointed in the chief’s point. He responded:

“It actually is really disconcerting that we allow the continued language on Black on Black crime be perpetuated. I think it’s quite frankly, the most shocking thing I’ve heard from the chief in the entire time that I’ve known him,” Abdul-Qadir replied.

The event continued as a back and forth between the panel members and those in the community posing questions. Dave Wall, a retired Onondaga Sheriff’s Department chief deputy and current OCC criminal justice professor, brought the conversation into focus, telling the panel he felt there is too much reliance on police and not enough communication and support within communities.

“I’m not suggesting that 911 is not important. It’s critically important. Communities can’t exist without it,” Wall said. “But I would suggest that as a society, we’ve forgotten how to communicate with each other to resolve our own problems in many instances before they reach that point where (a call to) 911 needs to be made.”

Kamal Morgan is a journalism student at the Newhouse School