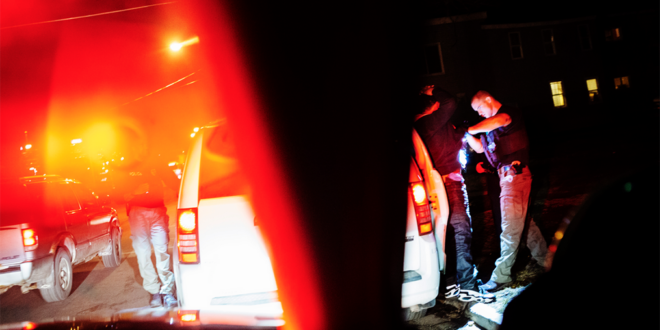 This month's forums on police reform are part of a statewide effort authorized by executive order under Gov. Andrew Cuomo. The next forum targeting South Side residents will be held next week on Jan. 19. | File Photo

Feedback sought on plans to reinvent and modernize police strategies

Although Syracuse has made some progress since the last year’s outcry, including swift executive orders from Walsh and Gov. Andrew Cuomo issued in June, much work remains.

It is a challenge Walsh and his mayoral administration intend to fulfil, he said.

Walsh spoke briefly during the community forum, which was organized by the Onondaga County Police Reform and Reinvention Collaborative as one of four public virtual sessions this month aimed at hearing residents’ experiences with police.

Public comment is required as part of the police reform plan the county must submit to Gov. Cuomo by April 1.

The public forums provide an opportunity for residents to be part of a document that truly reflects the community, said the Rev. H. Bernard Alex of Victory Temple Fellowship Church, who moderated Tuesday’s forum.

“We want to see that, regardless of where you live, regardless of your economic status, your melanin count, your educational expertise, that you are always treated with dignity,” he said.

Joined by Rebirth Syracuse protesters chanting beside him, Lamar Staten described a recent encounter when officers followed him as he drove, pulled him over without asking for identification, searched his vehicle and physically assaulted him.

Rebirth Syracuse protesters expressed outrage and disappointment with SPD for a pervasive sense of danger felt by themselves and their family, they said, due to the department’s faulty policing and lack of accountability.

One protester, who did not identify themself, pointed to the Jan. 6 riot in the U.S. Capitol, noting that law enforcement there appeared significantly less abusive toward the largely white attackers than most Black people would ever experience in a regular police encounter, whether while protesting or living their daily lives.

An additional concern shared by Hasahn Bloodworth is how SPD never addresses these issues when Rebirth Syracuse organizers file official complaints or visit the department to find answers.

Bloodworth discussed another recent incident in which an Onondaga County deputy sheriff used threatening language while arresting a Syracuse minor. The minor was later hospitalized due to his injuries from the encounter, he said.

“Not only our youth, but everybody in our community is not being policed right,” Bloodworth said. “Our youth is our future in this community. I think that needs to be addressed.”

Forum participants also identified further flaws in the ways police officers interact with the Syracuse community on a procedural level.

The city’s Citizen Review Board at best is a token platform for holding SPD accountable, said Kyla Clark, a previous CRB member. To empower the community, she feels the CRB needs to truly become an open, citizen-controlled process.

Like many other people in his life, Roberts at one point considered becoming an SPD officer. Friends who applied told him they were dismissed for lack of previous job experience or poor credit scores — a hiring barrier Roberts said he feels shouldn’t be as limiting.

“I feel as if there is a lack of, or that there has been a lack of, follow-through when we discuss getting people of color that live in the city that care about this community to actually be police officers,” Roberts said.

With few answers from local leadership, Kayla Johnson, also a Rebirth Syracuse protester, wondered aloud what more needed to take place for lasting change to take root in Syracuse. Johnson marched in protest with Rebirth Syracuse for 40 consecutive days in the summer, but somehow, still feels caught in the same mentality of fresh grief and frustration.

As the 90-minute forum drew to a close, Deputy Mayor Owens encouraged participants to continue attending the Collaborative’s public forums and sharing their experiences, noting that the scale of police reform would likely be a long process for the community to achieve together.

“We all get tired. We all get frustrated,” Owens said. “It’s a lot of work. This is a mountain we’re moving.”

Members of the public are encouraged to fill out a public comment card online to submit questions and comments prior to attending a forum. The next scheduled forums are set for:
• Wednesday, Jan. 13, for North Side residents
• Thursday, Jan. 14, for North Syracuse residents
• Tuesday, Jan. 19, for residents of the South and East sides

All sessions will take place via Zoom, at 5 p.m. through this link.