The newest book from the “Images of America” series highlights the history of Syracuse’s Police Department and will be widely available starting Monday, Dec. 12. 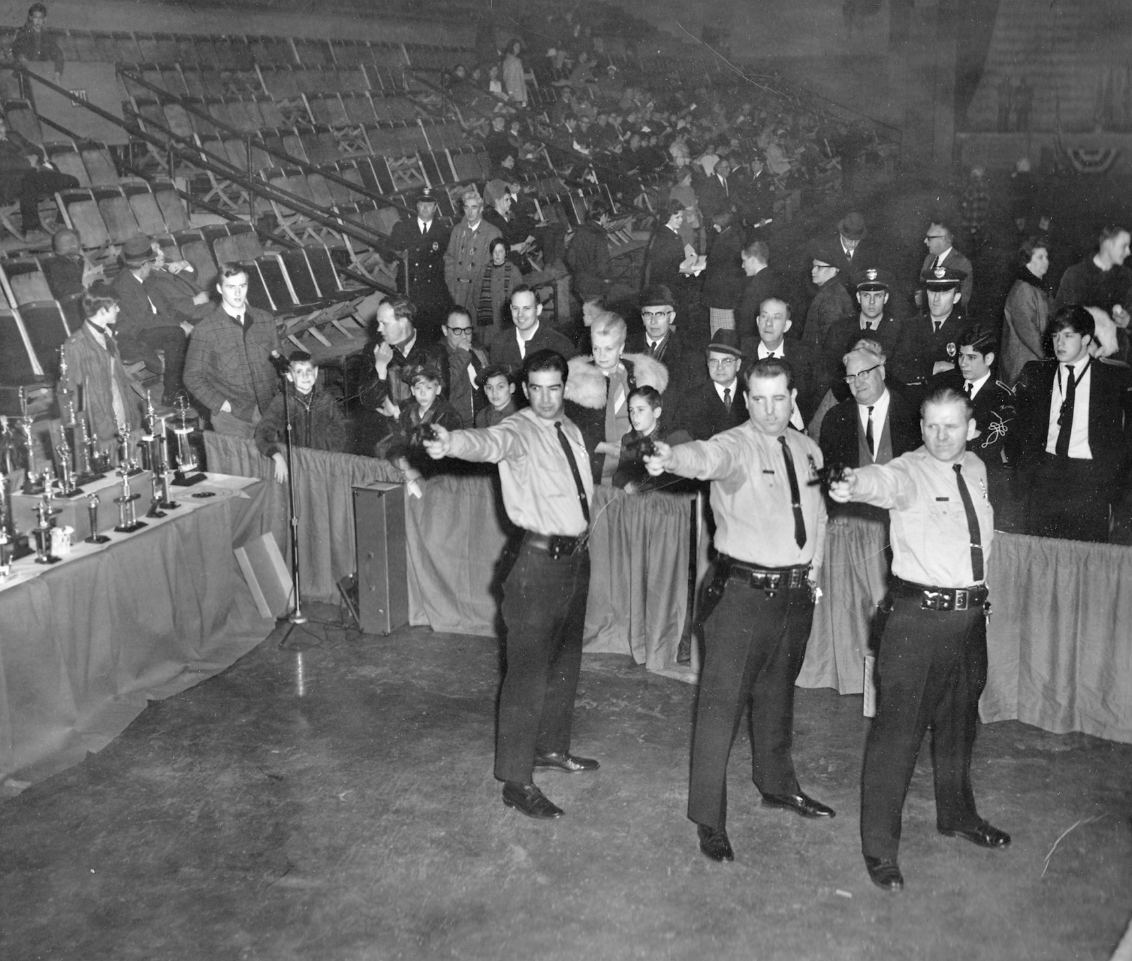 The police department staged Police Night on March 12, 1969, at the Onondaga County War Memorial. It was an event held to acquaint the community with the police department. A number of demonstrations were also performed, including this marksmanship demo by policeman Joseph Morabito, Sgt. Walter Sloan and policeman Chester Piatkowski. -- Photo courtesy of Syracuse Police Archives 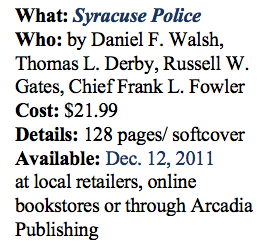 book, “you will see Syracuse police officers behind the scenes,” as stated in the book’s forward. “The photographs … have been taken from dusty trunks, mantels and the treasure chests of old cops and the people who love them.”

The book also gives insight into the department’s core values and the police officers who have held them sacred.

The roots of the Syracuse Police Department date back to 1825.

Following the opening of the Erie Canal and the boom of the thriving salt industry, Syracuse became a bustling metropolis and a jumping-off point for pioneers, entrepreneurs and adventurers.

The first constable, H.W. Durnford, soon faced the problem of roustabouts, gamblers and robbers preying upon the canal and warehouse workers along lower James Street. While the community experimented with village and night watches, special constables, and patrolmen, no permanent solution was found.

On Jan. 1, 1846, the final die was cast when Syracusans clashed with salt boilers from the adjoining village of Salina in the bloody Coffeehouse Riot. Because of insufficient police services, the militia had to put down the riot. To improve services, both villages voted to consolidate, and in 1848, the City of Syracuse and its police department were created.