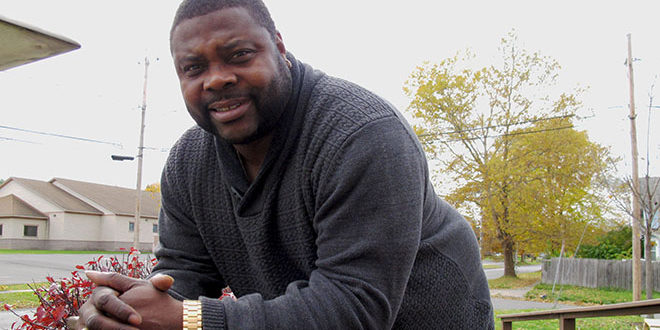 Center will continue to help individuals returning from prison, their families

Co-run by two ex-offenders, a state-funded pilot program worked last year to help recent parolees re-enter society by supporting their transition back to their families.

On hold for nearly seven months after funding ran dry, the program has been renewed by the state with a two-year $95,000 grant.

The Family Reunification Pilot Program created a partnership with three Syracuse agencies to find suitable living arrangements for people released on parole and to support their progress toward self-sufficiency. Partners included the Syracuse Housing Authority, which allowed those recently released from prison a chance to move into public housing with their families; PEACE Inc., a nonprofit agency providing case management; and the Department of Corrections and Community Supervision, which continued as parole monitors.

Money for Syracuse’s pilot ran out in February of 2018, but the three agencies continued to stay in touch, and SHA oversaw at least one person’s move into public housing after being released from prison despite the funding lapse.

That family was recently able to move out of their unit and into a private rental.

In October, PEACE began to interview candidates to replace the pilot’s case manager position. More than 20 were interviewed and the position was given to Marrell Edwards. He was highly recommended by Rasheada Caldwell, coordinator for PEACE’s Eastside Family Resource Center. His first day was Monday, Nov. 5.

“He’s an exceptional person to fill that spot because of his life experience and because of his heart,” said Caldwell, who says she has known Edwards all of her life. She said they both grew up on the city’s East Side.

During the funding lapse, Mary Beth Welch, director of Family Services at PEACE Inc., says PEACE did not take on additional clients, but it never stopped supporting those who were a part of the pilot program.

“When we lost funding temporarily, we didn’t disengage the clients,” she said. “We stayed active with them as much as possible, even being down a case manager.”

Rivers says they did this to not lose track of those enrolled and were able to track their progress.

“We did that not only for refunding, but in fairness for the participants,” Rivers said. “Oftentimes when a program lapses and they lose that support, they tend to go back to their old ways.”

Welch and Rivers met to review each client in early October. She said eight out of the 23 individuals enrolled had been reincarcerated. “It seemed to be the same scenario for each,” she said with disappointment in her voice. “Nearly every time it was due to substance abuse.”

In the back of her mind, she said, she wonders if the grant funds had been renewed sooner and the case manager role hadn’t vanished, maybe that number could have been lower.

“My only concern and disappointment is the period where we had that lull without a case manager,” she said. “There’s no crystal ball to know for sure, but that could have prevented so many returning to prison.”

Former case manager Karen Loftin had to leave PEACE when grant funds depleted last February and her role was suspended. She took on a new full-time position in May.

“I wish I could have waited, but it wasn’t a sure thing that it was going to be renewed,” said Loftin, who noted that financially she couldn’t continue to wait. She needed an income.

Welch says the grant has been renewed for two years and the language has not changed. The grant is for $95,000 each year, totaling $190,000 over two years. Grant participants still must move into public housing, and the goal is to enroll a total of 12 individuals each year.

Loftin is bothered to hear the wording of the grant was not changed in the renewal, noting that implies there was nothing to learn from the pilot. Her biggest suggestion at the conclusion of the pilot was to expand the grant to include options for clients to move into Section 8 housing.

One adjustment Welch noted is adding a goal of five clients for non-public housing, basing this change on the numbers from last year.

“We submit a work plan to the state with our target,” Welch said. “We must put down 12 because that is what the memorandum of understanding (MOU) requires, but we are also adding a target of five to reunite with family in the community in non-public housing.”

This target will be evaluated and adjusted each quarter based on progress, and was added because of the need seen from the pilot year, Welch noted.

Loftin advises the new case manager to not view this role as typical social work. 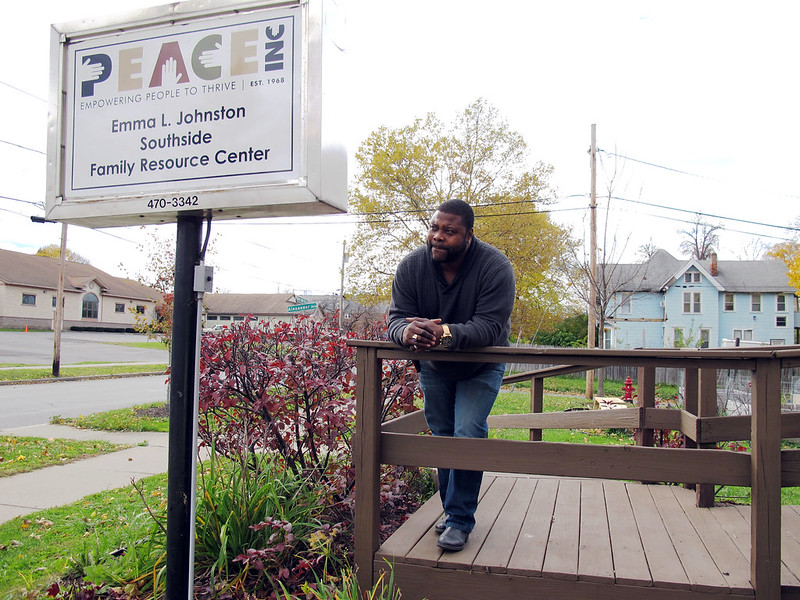 Because of his own past, Edwards is empathetic and has a passion for helping others. | Ashley Kang, The Stand Director

“The new hire is going to have to be empathetic and have the ability to identify with their struggles,” she said. “Because when they emotionally and psychologically reach a place that is going to be challenging for them to overcome … you’ve got to have somebody that knows what that place is.”

Both Loftin and Rivers have long histories on the South Side, have been incarcerated and completed parole. Welch believed Loftin’s past, combined with her educational degree, made her uniquely qualified to connect with grant participants. 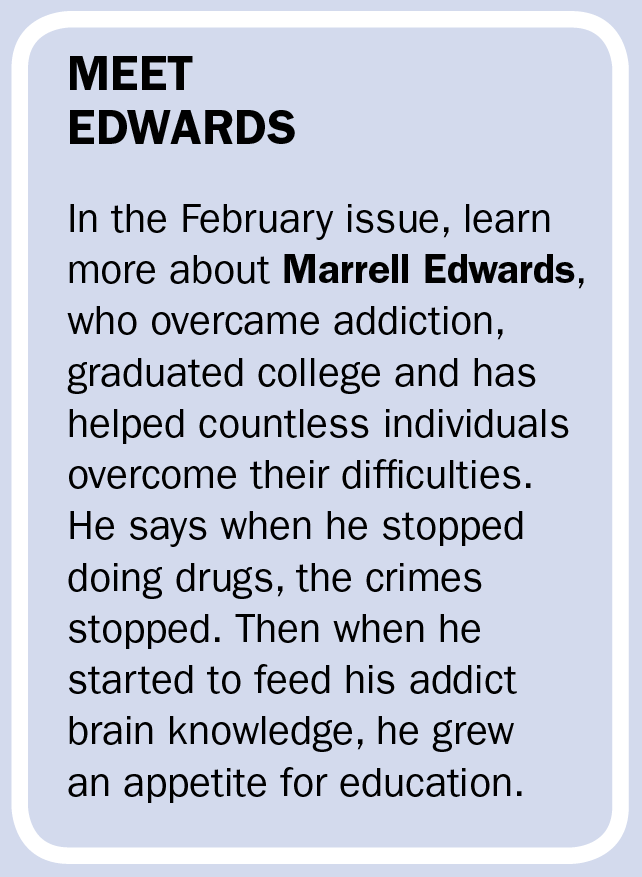 Welch sees all these qualities, and more, in Marrell Edwards, the newly hired case manager. She credits his ability to work with substance abusers from his training as a credentialed alcohol and substance abuse counselor trainee. Welch also sees his potential from his time working at Syracuse Behavioral Healthcare, now known as Helio Health.

The next steps for Edwards is to resume regular meetings with partners, meet with current participants and recruit new ones into the program.

“The new case manager must have patience,” Loftin said. “When you are talking about hungry bellies, crying kids, can’t find a job because of your rap sheet, you go back to what you know.”

Knowledge of such struggles is still fresh for Edwards, who was a drug addict for 18 years and spent time in and out of prison for crimes committed as an addict. Now 49 and sober for nearly 13 years, Edwards has a passion to help others because he has been where they are.

He recognizes that garnering small victories can help such individuals progress.

“I know what they are feeling and what struggles they face,” he said. “I was once the one that was thrown away.”

— By Ashley Kang, The Stand Director