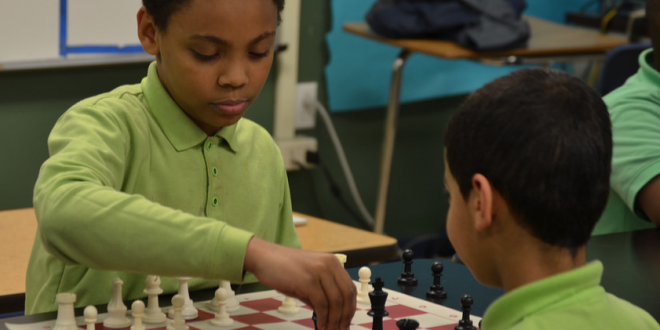 A Syracuse middle-school teacher plans to use a $2,000 grant to help more people develop
mental discipline, emotional resilience and strategic planning — all by playing a 1,500-year-old board game: Chess. 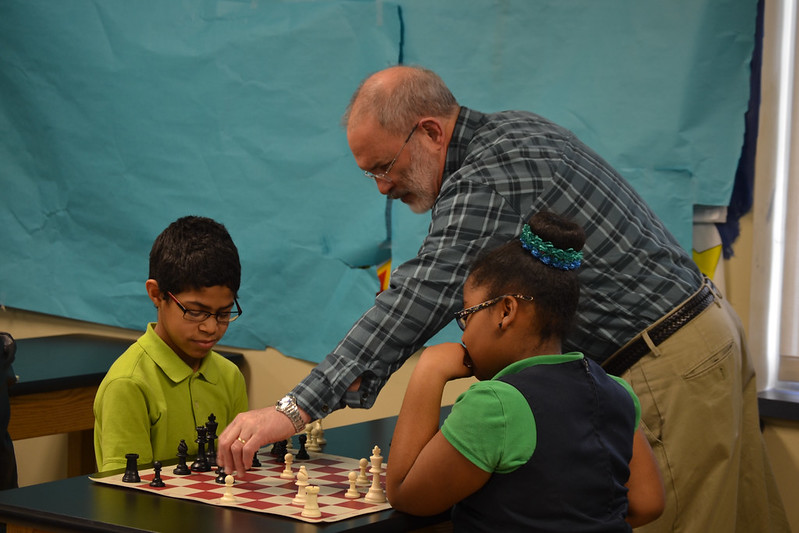 Anton Ninno, 64, a computer lab teacher at Southside Academy Charter School and the founder and president of the Syracuse NY Chess Association, said he believes that chess can work as a tool to improve students’ thought capacity and intellectual development.

Ninno has run the Syracuse NY Chess Association, a group of adult chess players who help schools host tournaments and create chess clubs throughout the Central New York area, since its incorporation one year ago. The association already has received praise and recognition for its work.

In February, Syracuse NY Chess won a $2,000 first prize grant at the annual Salt City DISHES dinner, awarded to the organization that produces the best proposal to better the Syracuse community.

Ninno said he plans to use the money in a variety of ways, including hosting a series of family chess nights, offering instructional chess workshops, helping more city schools start their own chess clubs, creating chess clubs at local community and senior centers, purchasing chess sets for clubs that are just starting, funding more tournaments and hiring instructors to teach students and train teachers.

Along with fellow board member Jon Speed, Ninno attended the Salt City DISHES dinner and treated it as a networking event — not expecting Syracuse NY Chess to actually win.

“We were doing it because, well, this is a way for us to get our message out about Syracuse Chess to about 200 people who might be interesting people to connect with, like networking,” Ninno said. “And then we won.”

During his presentation, Ninno explained the basics of Syracuse NY Chess and how he would allocate the money if awarded the first-prize grant. Speed gave firsthand testimony of the benefits Syracuse NY Chess could provide.

Speed said both of his sons — Charlie, 12, and Jonathan, 9 — have made great improvements since they first began playing chess. The two focus more intently, use logic and show a greater degree of planning, he said. In addition, he believes chess has helped Jonathan to overcome impediments from dyslexia.

“I can’t really prove it scientifically or anything, but I’ve seen a dramatic improvement in his handwriting ability since he has been playing chess,” Speed said. “I can credit that to the patterns and things that are a part of the game.”

Many students at Southside Academy have seen the benefits chess can provide as well. In addition to his work with Syracuse NY Chess, Ninno has run Southside Academy’s chess club since he was first hired at the school more than a decade ago.

The club, which Ninno said has won nearly 70 trophies from tournaments throughout the years, meets after school every Wednesday for 45 minutes. Ninno’s colleague, Bob Nasiff, a local chess coach, begins each meeting with a brief instructional lesson. Students may then play as many matches as they want. 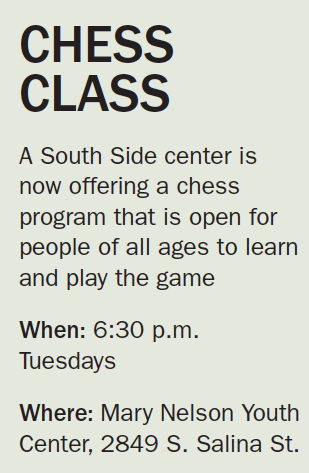 Nasiff, a national chess master who is considered one of the United States’ top players, compares practicing chess to strengthening the mind — something he said can benefit people of all ages.

Participating students agree. Shaquan Thompson, a seventh-grader, has been a member of the chess club for only a few weeks, but said he already has learned valuable lessons from Ninno and Nasiff on improving his game and keeping his composure under pressure.

“They have been really helpful and showed us some of the basics and what to do in certain situations,” Thompson said. “They showed us that in chess we shouldn’t be nervous; we should think about everything before we act.”

Ninno said he believes that one of the reasons chess is so special is that it doesn’t restrict anyone from participating. Anyone can play.