When Wylene Bass first moved into Pioneer Homes with her family more 50 years ago, it was more than just good service that attracted her: It was the way people treated her.

After growing up in Edison, Ga., where overt racism was still a fact of life, she was shocked to find a place where her skin color didn’t often come with a measure of disrespect and mistreatment. 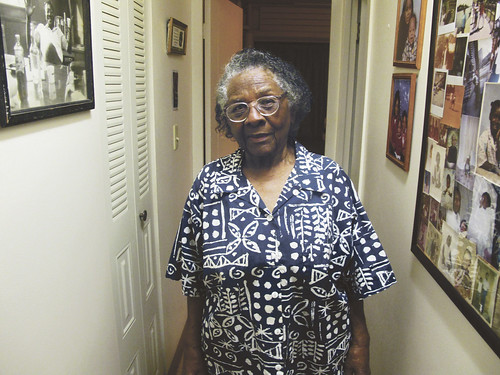 “They say, ‘Hi, Ms. Bass,’ they throw up the hand at you,” Bass said. “Them down South, if they spoke to you, it was in a cuss word and they called you a n—–. They treated you like dirt.”

“It’s been good. You know, I can say this with open heart: I have been blessed living in Syracuse Housing here,” Bass said. “I got a lot of friends in here and nobody bothered me and I didn’t bother them, and we all have been friends.”

SHA will be hosting a 75th anniversary gala event at the Syracuse Oncenter on April 4, 2014, at 5 p.m. to celebrate SHA’s accomplishments as well as current and former tenants.

Located at 516 Burt St., the Syracuse Housing Authority is a public benefit corporation founded in 1938 that owns and manages 15 housing developments with more than 2,500 apartments as well as 3,600 housing choice vouchers — as part of the Section 8 Housing Choice Voucher. This is a federally funded program in which part of the tenant’s rent is subsidized and paid directly to the property owner. 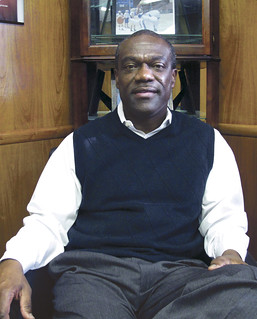 Bill Simmons has served as the executive director of the Syracuse Housing Authority since 2006. | Madina Toure, Staff Photo

“We play a role in trying to create opportunities for families to get employment, higher education and those kinds of training opportunities to be a part of self-sufficiency and an opportunity to get a leg up and move on,” said Bill Simmons, SHA’s executive director.

Fifty-five percent of SHA’s budget, roughly $40 million, is funded by a subsidy provided by the Department of Housing and Urban Development. The remainder of the budget comes from the rent that residents in the nine public housing developments pay.

The passage of the Brooke Amendment to the Housing Act of 1937 by the U.S. Congress authorized the use of subsidies in public housing, meaning that residents would pay a percentage of their income for rent and the rest would be subsidized.

Pioneer Homes was one of the first of five public housing developments in the United States. Construction began in 1938, and the complex was built and fully occupied by 1940.

Pioneer Homes was a young development when Clarence Dunham, 79, moved there around 1943, at the age of 9. At that time, blacks mostly lived from Monroe Street to Jackson Street. In the 1930s and 1940s, Dunham said, there were no more than 4,000 blacks in Syracuse.

“Back then, all the blacks lived near each other,” Dunham said. “That’s how everybody knew each other. And blacks could 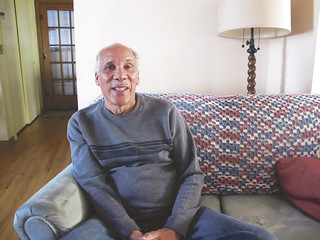 only rent in certain parts of the city, so that’s why they ended up in the 15th Ward, because whites wouldn’t rent to them on the East Side, on the North Side, on the West Side or the South Side.”

Moving to Pioneer Homes was a pleasure for Dunham, whose family previously lived in a cold-water flat. Rent was only $18 a month. In their previous apartment, they had two bedrooms. He and his sisters shared a room and his mother would sleep in the other.

“My mother didn’t have to handle wood and coal anymore to cook because she had a gas stove,” Dunham said. “She didn’t have to get ice to put in the ice box because we had a refrigerator.”

In the 1960s, an organization called Urban Renewal set up in Syracuse to revitalize city areas, signaling the demise of the 15th Ward. The segment of the city that was predominantly African-American was destroyed with the arrival of Interstate 81.

David Rufus, 55, was living in the 15th Ward with his family at the time. Many African-Americans migrated north for jobs. For example, his father became a truck driver and his uncle worked in real estate.

“We were a product of urban renewal,” Rufus said. 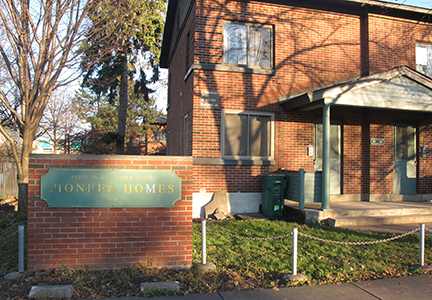 “When they came through with 81 they changed the composition of the community. … People were forced out of their houses and into public housing. They sort of destroyed the neighborhoods.”

Wylene Bass’ son, Franklin Jones, 57, remembers Pioneer Homes for its family atmosphere. There were block parties and cookouts in just about every court of Pioneer Homes.

“It was like a family. Everybody, from the workers to the people that lived here,” Jones said. “Everybody knew everybody. Even down to the mailman, he used to go from houses to houses and have coffee with certain people. And he knew every kid in the neighborhood.”

A number of people, such as Laura Blackshire, were very active in political movements, fighting for the rights of tenants in the complex, Jones said. 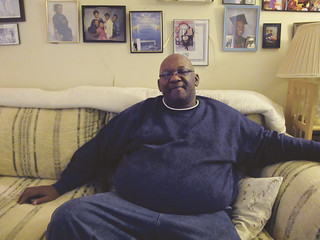 Franklin Jones, 57, grew up in Pioneer Homes with his mother, Wylene Bass, and his family. | Madina Toure, Staff Photo

“There’s been so many people that fought for different rights for people in this complex and Pioneer Homes in general, to make it like it was,” he said.

The Citywide Council of Low-Income Housing Residents was formed in 1975 as the union of the 12 tenant organizations for each of the public housing developments then. The organizations worked on behalf of the residents, dealing with issues such as quality of life.

David Rufus’ mother, Ruby Rufus, 86, was an active leader in the Central Village community. She served as vice president of the Central Village Tenant Organization and became president in 1978, a position she held until 2002. She also served as vice chairwoman of the Citywide Council of Low-Income Housing Residents for family housing as well as a commissioner for SHA’s board.

Her accomplishments include a citywide talent show for individuals living in Central Village, the naming of McKinney Manor after former City Judge Langston McKinney, Syracuse’s first African-American judge, and the building of Benderson Heights.

With the passage of time, Ruby Rufus struggles to remember the exact details of her many accomplishments. But she sees it as her doing her job. “That’s what I was. I really did my part, all of that,” she said.

She remembers receiving good service. “I loved living in Central Village because I moved from one place to another. When one place would get too small, I moved in another place,” she said.

David Rufus worked for SHA from 1976 to 2005. He was the chairperson of the Citywide Council from 1986 to 1990. He also worked as a youth marshal, youth center director and youth services director. 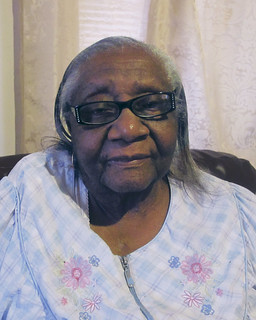 Ruby Rufus, 86, lived in Central Village from 1959 to 2010. From 1974 to 2002, her responsibilities included serving as president and vice president of the Central Village Tenant Organization and the Citywide Council of Low-Income Housing Residents. | Madina Toure, Staff Photo

As chairperson of the Citywide Council, he helped negotiate the Syracuse University Co-generation Scholarship in the 1980s, a scholarship for students in the university community bounded by South Salina Street, East Castle Street, Renwick Avenue and East Adams Street.

Growing up in Central Village was good, David Rufus said. In the 1970s, there were programs for youth such as baseball, kickball, softball and basketball games. “Public housing provided a recreational environment for young people in the neighborhood,” he said.

He also witnessed the Black Power movement in the late 1960s, noting the riots in public housing when Dr. Martin Luther King Jr. was assassinated in 1968.

The current SHA administration provides seniors with good services, such as arts and crafts and daycare, and the social workers go “above and beyond in their duties,” Jones said.

Not as many workers know all the residents, as was the case in the past, he said, but the workers still do their jobs well.

“The workers here now, they’re OK, they’re not like they used to be, but that’s only because it’s a different time,” he continued. “But they do their job. A lot of them do their job and they do it excellent. There’s really not too much you can complain about.”

But a major shift from when he was a young boy, Jones said, is that the complex is not as safe.

“There is all this shooting and stabbing and cutting now,” he said. “You didn’t hear about that when I was growing up here. I always felt safe no matter where I went in this project. I knew that there was somebody that knew me or knew my mother.”

For Bass, she continues to be greeted warmly by residents and SHA workers alike. 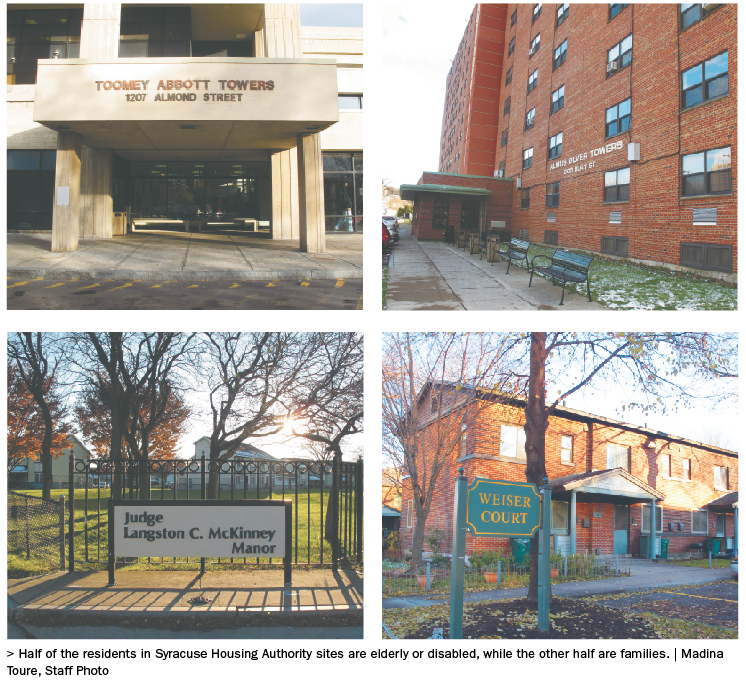