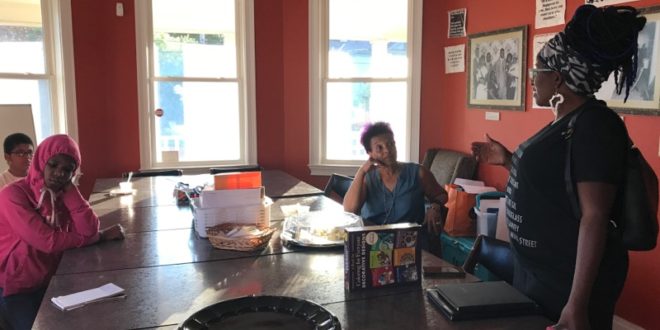 A new group called The Cypher has formed at the South Side Communication Center to help teens and young adults deal with everyday problems. The group’s mission is to discuss self-care, life changes and how to heal from trauma. Two women, Rachielle Scrivens and Tanaya Thomas-Edwards, run the group.

Thomas-Edwards said she believes it is incredibly important for children to live a life where they can open up about themselves.

“The goal is to provide a safe space where young people can talk about their feelings but also learn or seek new ways to hear themselves,” Edwards said. “And to be at peace with themselves, so that way they go out into the world bringing peace and conducting peace and love and joy.”

The session was filled with exercises that aimed to help the students relax and comfortably talk about themselves. Additionally, there was a focus on keeping positive energy. Each student took away something different.

The most significant part of the session for student Jamal Mccullough was when the kids talked about what they like about themselves.  However, seventh-grader Nijereya Harris said she liked how easy it was to communicate.

“The best part that I learned about today is don’t be afraid to open up, to talk to anybody about what you’re going through or how you’re feeling,” she stated. 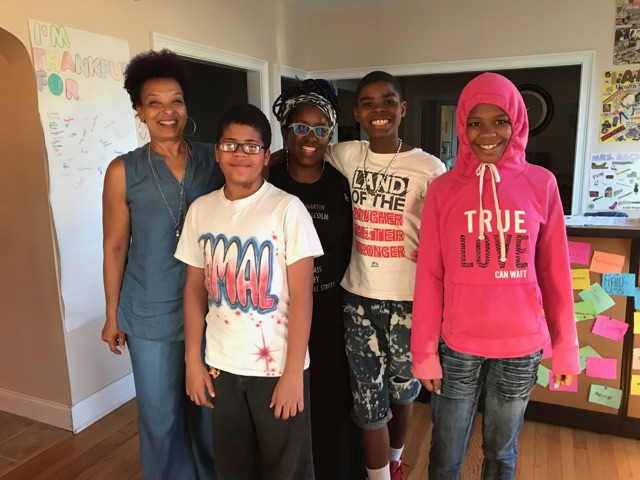 “How you’re not supposed to judge people,” he said. “How they use that phrase ‘never judge a book by its cover.’ Like it really opened up my eyes today. Also what Ms. Tanaya said earlier about our breathing. Just think about the way we breathe and the people who talk down on us. They don’t put the breath into our bodies. They don’t make our organs move for us to breathe. So that’s one of the main parts of this session that really stuck out to me.”

Additionally, each teacher had a favorite part.

“Today was our first one, but my favorite part was the people who showed up,” Thomas-Edwards said.

“For me, it was actually seeing the students open up,” Scrivens said. “I mean, I know sometimes with me, we can talk about anything, but when there are other people in the room, they kind of clam up and they don’t want to speak. So it was good for me to see them not afraid to say what’s on their mind, their heart or what they’re feeling. They felt safe enough to do that with other people.”

— By Sarah Perkes, The Stand intern