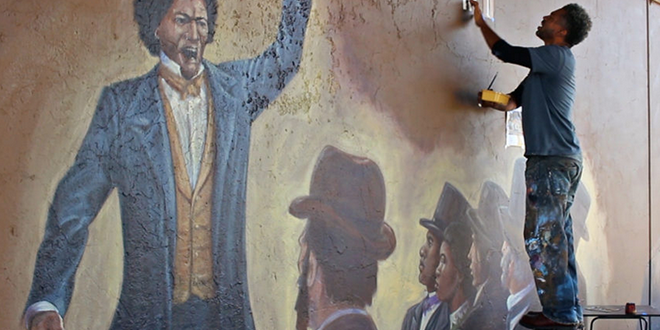 Syracuse-based illustrator London Ladd painted murals on the corner of South Salina and West Taylor streets at the end of the summer. One featured Frederick Douglass. | Geena Matuson, Staff Photographer 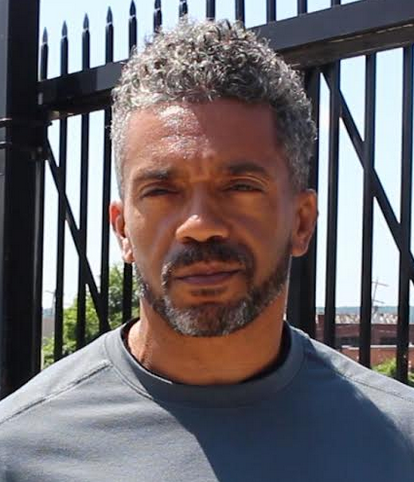 Syracuse-based illustrator London Ladd is working to finalize two murals under the train trestle on the corner of South Salina and West Taylor streets in the city’s South Side. The murals depict Frederick Douglass and Martin Luther King Jr. along with quotes from each, commemorating the men’s Syracuse speeches in 1861 and 1961, respectively.

Already an accomplished children’s book illustrator, Ladd found that painting murals in the public sphere helped him to feel a deeper connection to both his work and the community. He realized that beautifying the space gave those in the area something in which to take pride, believing seeing someone take care of the community boosts member’s self-esteem.

Ladd explained, “I think with public art, I underestimated the firsthand impact. Here, doing public art, day-in and day-out, people see progress, and they see the love of the craft.”

Tomorrow’s Neighborhoods Today (TNT) Southside board delegate Camille Coakley told Syracuse.com that the cost to complete the murals is $88,000. This cost is covered under the University Neighborhood Service Agreement, which is an annual $500,000 fund provided to the city by Syracuse University. As a nonprofit institution, SU pays no taxes but agreed to this annual payment to the city and neighborhoods impacted by its presence. $375,000 is reserved for neighborhood projects and shared services. The remainder goes to the police department.

People walking by will stop and comment about how much they love the murals, and tell Ladd they appreciate his work. One day, a man told Ladd he made this spot beautiful.

“It really lifted his self esteem,” Ladd said, “as he’s walking by an area that’s full of pigeon poop, and a wall that was, for decades, falling apart. So to have this wall restored, and be able to put artwork – my artwork – on it, and to have something people will talk about … that leads to conversation, it leads to beautifying and making people feel better.”

The week prior, an ambulance crew and several police officers came by the mural site to take a look. They shook Ladd’s hand and sat down before him to hear what the murals mean to him and for the city. 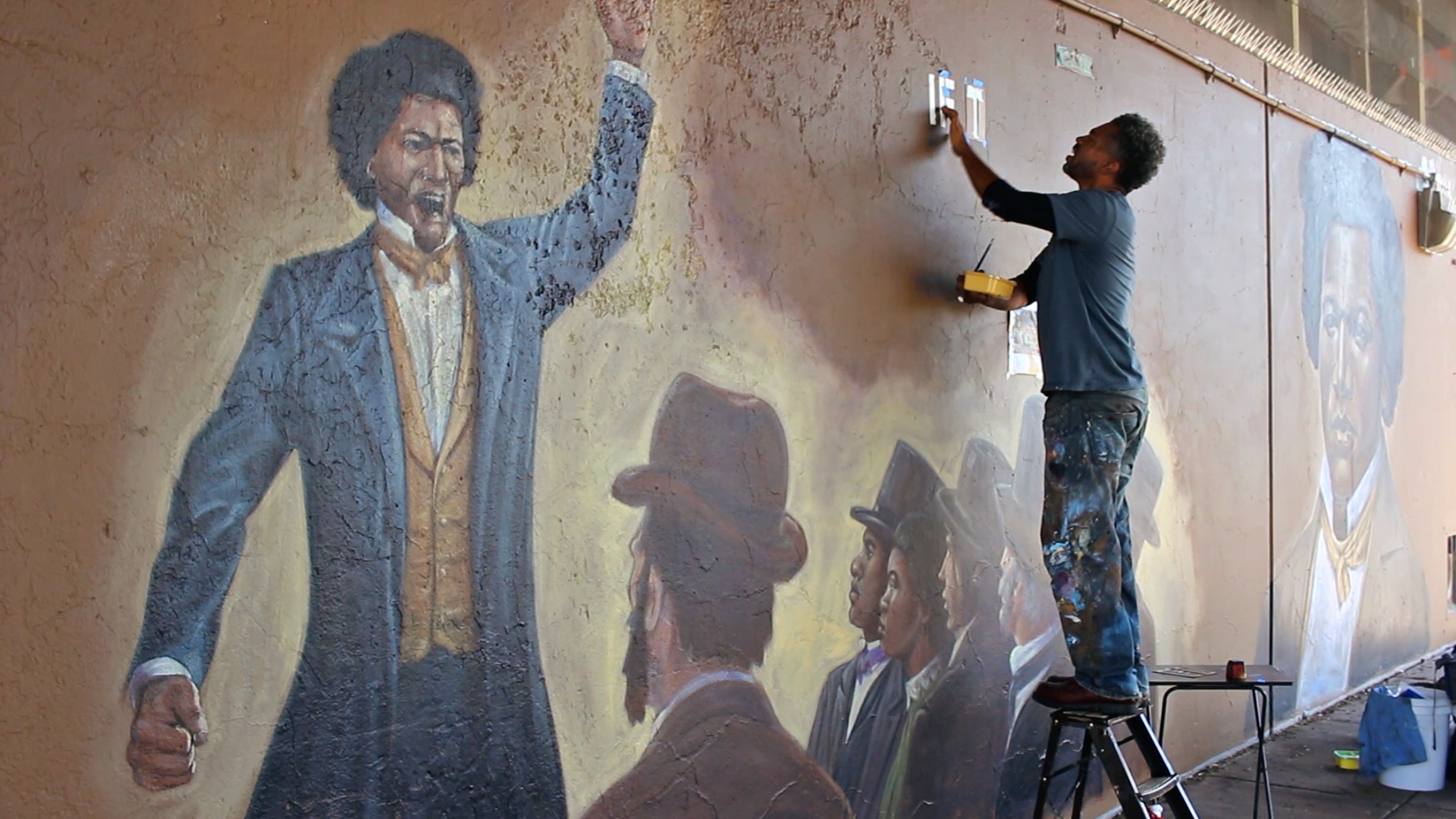 “Out of all the projects – I’ve done books for over 10 years – this probably has had the greatest impact in my spirit as a creator [more] than anything else, because I’m actually doing this in front of people. I’m seeing them and what it means to them.”

The quotes give the artwork that extra impact, Ladd adds, and can tie the city’s history to the present. “Being a children’s book illustrator I’m very narrative,” he said, “so you see picture books with beautiful artwork, but what also complements the beautiful artwork is strong text. And the strongest text we have are actual quotes from these two amazing individuals.”

He relates this quote to the neighborhood and to Syracuse as a whole.

“I think understanding struggle, and knowing that when you’re in the midst of struggle, you’re progressing towards something good – you just have to persevere through it.”