Threat of Rain Dampens Crowd, but not Spirit

The threat of rain and cloudy skies caused a smaller crowd than usual at the Light a Candle for Literacy 8th annual Parade and Festival.  However, the threat of inclement weather did not stop those in attendance from enjoying festivities.

The parade, which began at the Key Bank parking lot on the corner of West Colvin and South Salina streets, wound its way through the streets toward its final destination — Danforth School on West Lafayette Avenue.

The crowd waited in anticipation. Excitement heightened as the motorcade, led by the Syracuse Police Department rolled into view, blaring sirens and flashing lights.

Captain Elton Davis, Grand Marshall of the parade, stepped from the vehicle dressed in full regalia of the Syracuse Fire Department.  The crowd greeted Davis and his two daughters, Olivia and Noella, with enthusiastic applause. 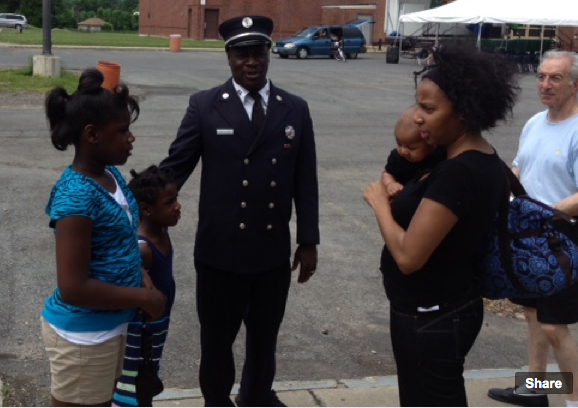 Geneva Hayden, founder and former director of Light a Candle for Literacy, explained the significance of Davis, who is also a member of Firefighters of Color United in Syracuse (FOCUS), being chosen as Grand Marshal.

“I’m trying to empower our young people to see that in the City of Syracuse you can achieve your dream, but you have to figure out what you want and work toward it,” she said.

A native of Syracuse, Davis is a living example of how reading and literacy can help one achieve one’s dreams.  He joined the Syracuse Fire Department in 1997 and quickly rose through the ranks becoming a lieutenant and captain. He tied for the second highest score in the most recent promotional exam for district chief.

Davis said he focused his studies on the reading and comprehension passages while preparing for the exam.  He spoke about the strategy he used while taking the exam.

“I read the passages and each question and eliminated the two choices that were obviously wrong answers,” he shared. “I selected the best from among the remaining answer based on the passage.” 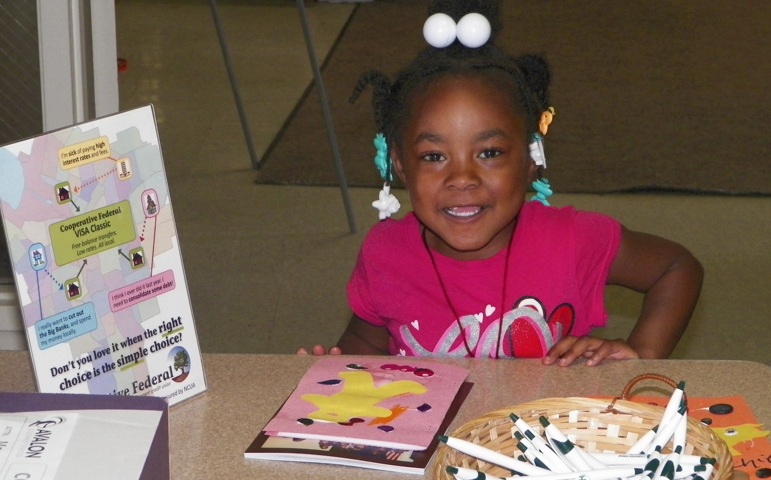 Young festival-goer smiles as she receives a "Growing Health and Wealth" Kit from the Cooperative Federal Credit Union vending table.

Local organizations set up information tables inside the venue. At the Focusing Our Resources for Community Enlightenment (FORCE) table, local author, Fatimah Salaam, held a free drawing for an autographed copy of her new book for children, “My Daddy’s Eyes.”

“The reception that I received was very good. People liked my book and were amazed that I was the author,” Salaam said.  “We all had a great time.  I’m looking forward to next year.”

The crowd had grown considerably and the sun shone brightly by the time Master of Ceremonies Kendric Bedell, also known as “Jimmy Black,” called the first of many young acts to the entertainment stage.

Tony King, a 12 year-old sixth grader from Danforth School, entertained the crowd with the song, “I’ve Changed.” The crowd called for an encore.  King obliged with an acapella rendition of Michael Jackson’s “Who’s Loving You.”

Cherise Hunter organized this year’s parade and festival.  Hunter officially took the reins from Hayden as the director of the organization earlier this year.

“Mrs. Hayden came to me and told me that it was time for her to pass the torch so that she could concentrate on helping the community,” Hunter said.  “I cried because I considered it an honor to do so.” Hunter soon learned that it takes lots of planning and many hands to make the parade and festival a successful event.

When asked if she had any words for Mrs. Hayden as she passes the torch, Hunter responded, “I want to thank you for believing in me and being a great mentor.” 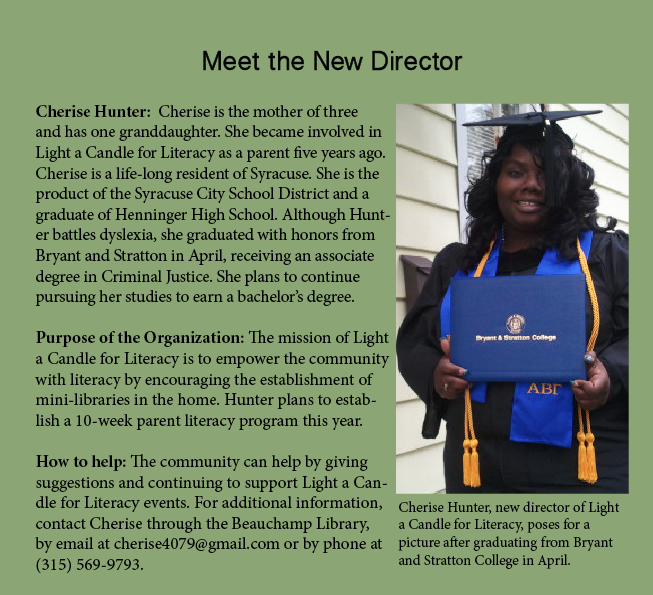