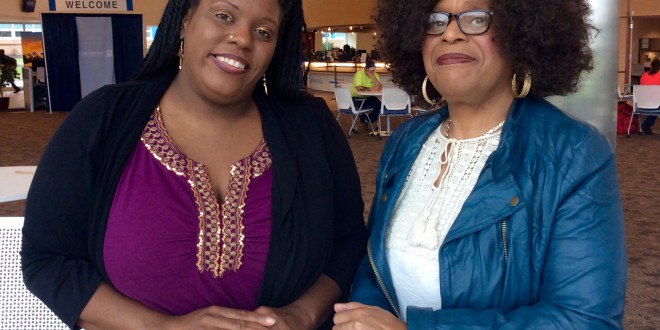 Mother, Daughter to Earn Degrees Together

Mother-and-daughter pair Sharon Hill and Toni Jones will be graduating together from Onondaga Community College this semester.

Although the two started at different times and never had a class together, they’ll both be receiving associates degrees at OCC’s commencement ceremony this Saturday, May 14.

For Hill, 58, receiving her degree comes after multiple occasions when she had started a program but then had to stop because of extenuating circumstances. “I was laid off and had the opportunity to decide whether I wanted to go to school or actually go right back to work,” she said. “Toni and I discussed it, and she was like, ‘mom, this is something you’ve always wanted to do: get your degree in something.”

So in 2014, with the help of the Trade Adjustment Assistance Program – a program established in 1974 that provides aid to laid-off workers – Hill enrolled and began in the fall semester.

By that time, Jones had already been at OCC for two years. The 36-year-old graduated from Corcoran High School in 1998 and went to work right away in childcare. Today Jones works for Access CNY and has worked there full-time while pursuing her dual degree in humanities & social science and communication. Jones said she had considered going back to school in the past, but didn’t commit because her son was younger.

“When he was about 4 or 5 I was thinking about coming, but then I realized it wasn’t a good time,” she said. “I’d been wanting to come; I’d come up, fill out half the paperwork and say, ‘oh, this is too much, I’m not ready.’”

Today, Jones’s son is 12 and lives with her, her mom and Jones’s niece in a two-family home in Syracuse.

During her time at OCC, Jones traveled abroad six times and has visited Mexico (multiple times), Belize, India, the Dominican Republic and Puerto Rico. Over time, she’s served as an ambassador for the study abroad experience. OCC history professor Richard McLain accompanied Jones on each trip.

“Many of the trips would not have been possible without her helping to recruit students, manning informational tables and encouraging students who were somewhat reluctant or shy to go on international trips,” McLain said.

McLain also nominated Jones for the SUNY Chancellor’s Award for Student Excellence, which she received in March. The award recognizes excellence not only in academics but also in a student’s involvement in campus life. Jones served as president of the history club and was inducted into Phi Theta Kappa, an honor society.

Currently, Jones isn’t sure where she wants to go next with her studies. She said she’s considered enrolling at SU’s University College, or teaching social studies to middle or high schoolers.

“I have so many directions I could go. I just want to make sure that whatever I decide to do, that it’s a good fit for me.” 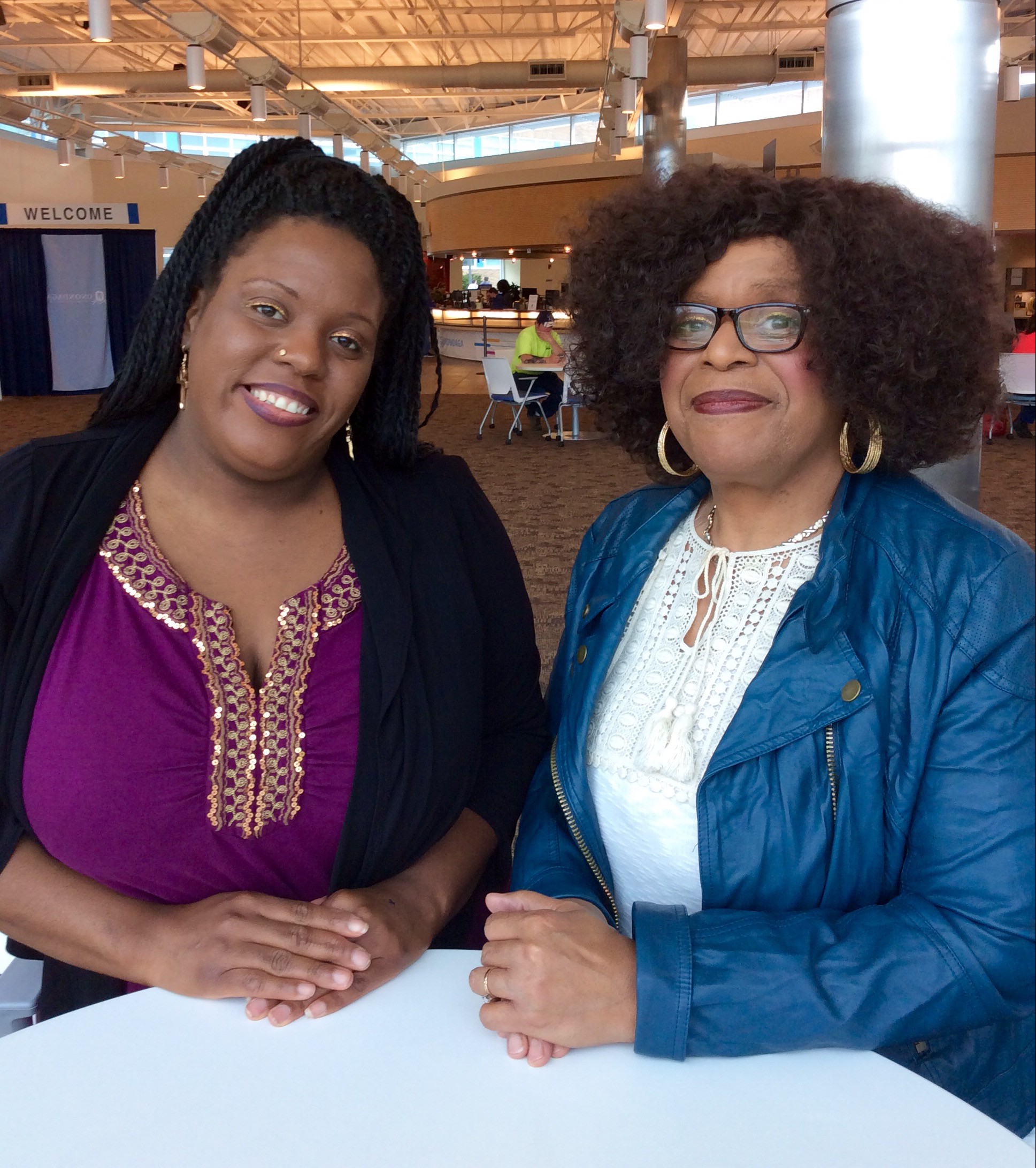 Toni Jones with her mother Sharon Hill on campus at Onondaga Community Campus.

Hill, on the other hand, is positive that she wants to go into social work. She’ll be receiving her degree in human services, what she called a “major career change.” Hill previously worked for Travelers Insurance before she was laid off in 2014. She spent this semester interning at the Prevention Network, an agency in Syracuse that provides services concerning alcohol and substance abuse.

“I just want to help,” she said. “I want to help give guidance, some direction, let them know that all isn’t lost because I’ve been there.”

Elizabeth Toomey, Hill’s supervisor at the Prevention Network, said that Hill is always eager to go above and beyond her duties to help others.

“The other interns went to Sharon for advice, for direction when they were stuck on the projects that they were working on,” Toomey said. “Sharon seemed to always be helping somebody.”

Both Jones and Hill said they’re glad they returned to school later in their lives.

“Imagine if we’d gone to college right after we graduated,” Jones said. “We wouldn’t have had the access to information that we do now.”

Hill said being older than most of her classmates is weird, but not uncomfortable. She enjoys being able to contribute her personal experiences related to major historical events during class.

Hill added: “We have an advantage. People don’t realize that. It’s better for us to go to school now because we have that wisdom.”