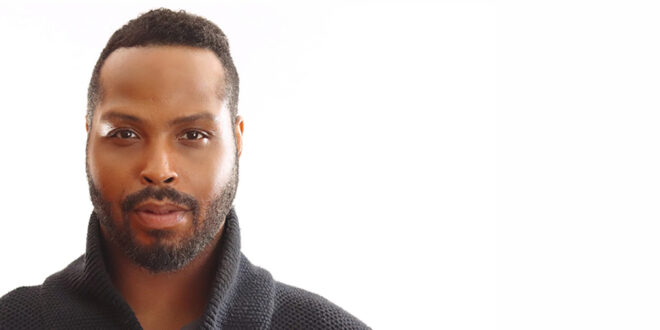 After 19 years in New York City, Temar Underwood packed his bags and moved to Syracuse so he could become the artistic director of Redhouse Arts Center.

Underwood is known for his Off-Broadway work in “The Inexplicable Redemption of Agent G” by Qui Nguyen (screenwriter of “Raya and the Last Dragon”) as an actor and for his directing work for “Everybody,” “Othello,” “Steel Magnolias,” “I Do! I Do!,” “The Normal Heart,” “The Snow Queen” and “Once Upon A Mattress.” He is also a published playwright.

“It made total sense to officially engage him as the artistic director so he could continue the work he had already been doing with us,” Hannah said.

For several years, Underwood had been coming to Syracuse once or twice a year as a guest artist, actor and director, but now the move is permanent and Underwood is excited.

“I do feel a deep connection to Syracuse. I always called it my home away from home … I feel really lucky and excited to be here and do this work,” he said.

Originally from Cleveland, Ohio, Underwood was painfully shy growing up but loved to play pretend. When the Michael Jackson album “Bad” came out, Underwood took to his basement to listen to each song:

“I would play those cassettes from the beginning,” he said. “And on cassettes, there used to be a space between songs. So in between songs, I would make up a story so that the next song made sense.”

He continued making up stories, and years later, wrote his own plays.

Underwood also grew up in church, where he learned to sing. Each Sunday, he’d carefully watch the preacher, later mimicking his dramatic ways:

“My father owned hair salons when I was growing up,” Underwood said. “At the salon, I would imitate the preacher from church and hold service in the salon, you know, because the Black gospel preaching is really dramatic.”

Even though he was extroverted at home and in front of close family friends, Underwood still was shy elsewhere. He never participated in plays until one day in high school when the musical “Oliver,” based on the novel by Charles Dickens was set to stage.

Underwood went on to study theater at Ohio University and then made the big leap — moving to New York City into the big world of auditions as an actor.

Through the “grind,” Underwood eventually reached out to some friends he went to school with: Robert Ross Parker and Qui Nguyen. Parker and Nguyen formed a theater company called “Vampire Cowboys,” and there, Underwood joined them and started to do a lot of their shows. While on that path, he was introduced to many playwrights.

“And that introduced me to the downtown New York independent theater scene and a lot of wonderful playwrights and actors,” he said. “I became a part of that community where I was working on a lot of new work, a lot of wacky plays. That was the beginning of my New York experience.”

Slowly, the world opened up a bit more for Underwood who started transitioning from the independent scene. He worked to mesh his acting talents with his singing abilities.

“In college, I trained in Shakespeare and classics. I wasn’t ever really a musical theater person. But I am also a singer,” he said. “I sang with my band and recorded a couple albums, but I never really married the two things.”

Underwood combined these two talents and started auditioning for musical theater. He soon booked roles. Meanwhile, he also ventured into the playwriting world and started submitting to the New York International Fringe Festival. Those submissions resulted in four of his plays being published.

Self-described as a “jack of all trades,” Underwood was happy to take on so much work.

Then 10 years ago while doing regional work as an actor he got cast in a play at the Redhouse. The play was called “Odysseus DOA” written by Stephen Svoboda, and Underwood was cast as Rusean, a transsexual character.

“That was the beginning of my journey with the organization,” Underwood said. “It was a really good play.”

“Odysseus DOA” was a well-received play among Syracuse critics and the community.

Underwood returned to Redhouse to act in many plays in the years that followed. He eventually got asked to direct.

“And you know … I directed some of my own work in smaller things in New York City, but Redhouse was at the forefront of my professional development as a director,” he said.

Underwood most recently directed “Trophy Room” by Mike DiSilvo for Redhouse and will direct “Sister Act” for the upcoming season.

Through directing, Underwood started building relationships with Hanna and others at Redhouse — Marguerite Mitchell, director of education, and the previous Artistic Director Hunter Foster. Then in 2020, Foster stepped down. During the middle of the pandemic, Underwood was asked to help.

“Because they had seen my work and had gotten to know me, they trusted my opinion,” Underwood said.

A month after Underwood started assisting, former Gov. Andrew Cuomo allowed theaters to reopen. Underwood was next tasked to help plan the next season. In July, it was announced he would take on the role as associate artist director. He soon was promoted to his current role as artistic director.

Joanie Anderson, an actor who met Underwood during the center’s production of “The Wiz,” was thrilled to hear it.

“He’s been directing, acting and writing and doing so many things for so long,” Anderson said. “So now to be at the helm and really give his creative stamp on something in this capacity — I’m all for it.”

Anderson will play Deloris Van Cartier in “Sister Act” directed by Underwood and set to take the stage in December.

Together the pair has also contributed hours of their time to the Syracuse community. Notably they have partnered with Hillside Agencies and helped inner city children learn about art. Underwood also partnered with Arc of Onondaga and the Dunbar Association. He looks forward to doing even more during his time now living in Syracuse.

Post “Sister Act,” this season of Redhouse will include a production of August Wilson’s “Fences” directed by Ted Lange, “Macbeth” directed by Underwood and closing the season will be “Dirty Rotten Scoundrels” directed by Maha McCain.

“I look forward to possibly exposing the community to art that they may not have otherwise been exposed to,” Underwood said. “Yes, I will do those favorites … but I also want to put up some pieces that provide a different artistic perspective. I hope that people give that a chance.”