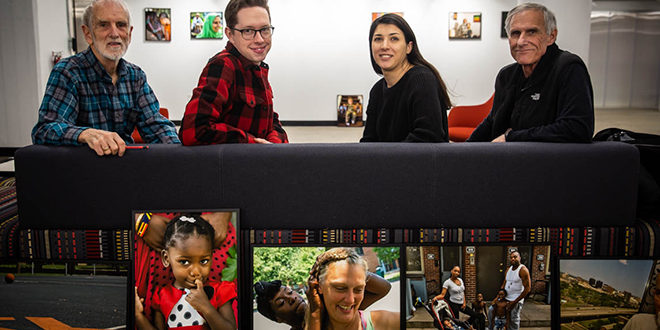 The Stand would never have made it to a decade in print without a host of dedicated volunteers, supporters and partners.

The project started as the brainchild of Newhouse emeritus professor Steve Davis. Davis saw the need for a news outlet that focused exclusively on the South Side, which has traditionally been underrepresented, and sometimes misrepresented, in other news outlets.

He quickly found willing partners at the Southside Community Coalition, and The Stand soon had a board of dedicated community members who ensured the newspaper truly reflected the community, which remains the project’s goal to this day. The project launched online in the summer of 2009, with the first print edition hitting the streets March 2010.

March 2020 thus marks a decade the South Side Newspaper Project has produced the community print newspaper The Stand.

Pick up a copy this week to reflect on the past decade, follow our new Instagram account @mysouthside and join us Sunday, March 8, to celebrate the project in photos during a special gallery exhibit sponsored by Syracuse University’s Office of Community Engagement.