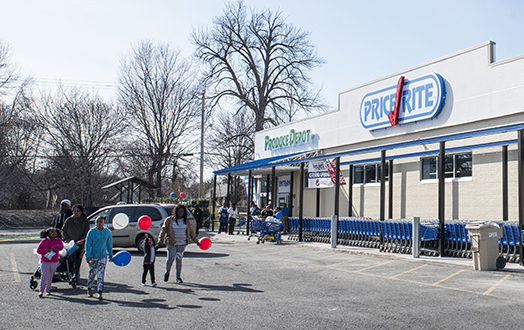 Shoppers poured in throughout the day starting at 8 a.m., when the store officially opened.  At 2 p.m. a ribbon cutting ceremony with Price Rite executives, including President Neil Duffy and Executive Vice President Jim Dorey, along with leaders from the local community including city, county and state officials was held in celebration of the long-awaited supermarket. 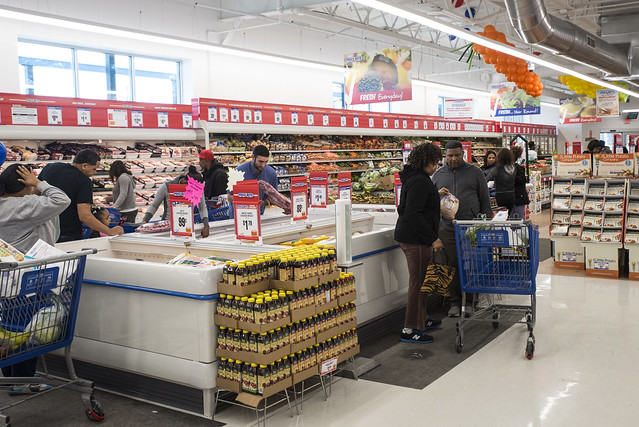 The grocery chain provides a wide selection of fresh foods to an area with limited access, and many said will serve as an anchor retailer along South Avenue.

“We are privileged to be part of this community and all the great new development that is happening along the Southwest corridor,” Duffy said in the company’s release. “Local residents have been waiting for a supermarket for a long time, and we look forward to becoming a vital part of the community.” 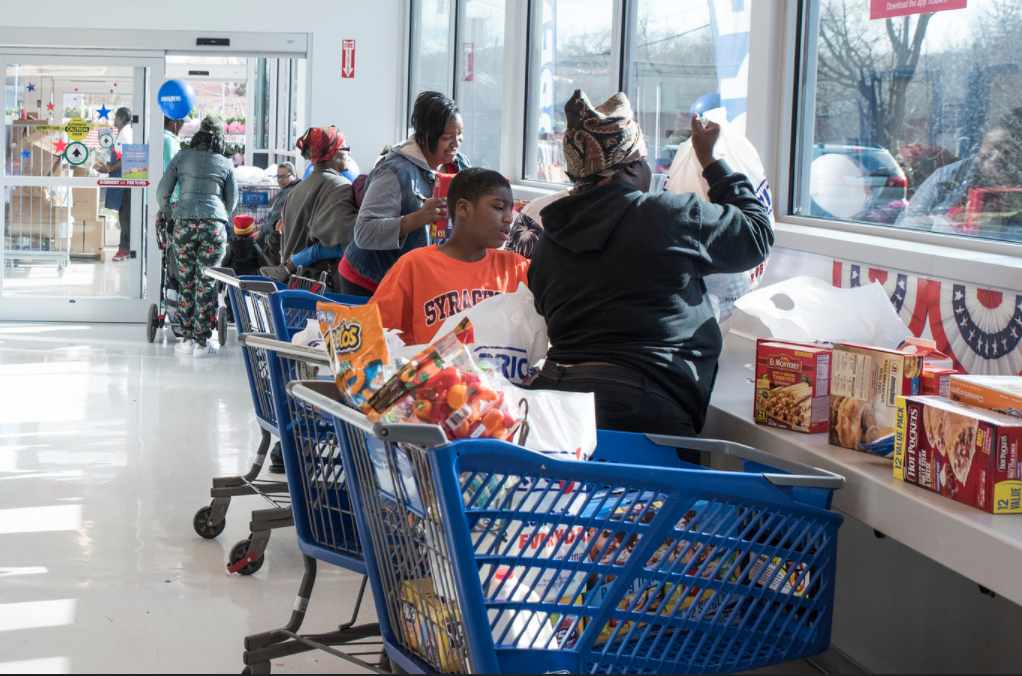 Just past the check out lines is space for shoppers to pack up groceries. Shopping bags are typically an additional 10-cent charge, but all visitors received a reusable plastic bag duirng the store’s grand opening. | Ben Cleeton, Staff Photo

In 2009, Jubilee Homes of Syracuse Inc., a local nonprofit, bought the building in the hopes of bringing in a local grocery store to the area, then considered a food desert. Walter Dixie, the executive director, worked tirelessly for years to raise funds and bring in the Price Rite chain.

The store is located at 611 South Ave. at the intersection of Bellevue Avenue. Its hours are 8 a.m. to 9 p.m. each day, except Sundays when it closes one hour early at 8 p.m. Checks are not accepted, but customers can pay by cash, debit or credit cards. For more information, visit www.priceritesupermarkets.com.