Local NAACP Chapter President on the Importance of Voting

On Monday, Feb. 13, the Syracuse/Onondaga Co. NAACP and the Syracuse Alumnae Chapter of Delta Sigma Theta will hold a voter education meeting at the Peoples A.M.E Zion Church at 2306 S. Salina St.

The meeting is the first part of a series designed to teach the Syracuse community about the importance of voting. To help convey the message the organizations have scheduled Khalid Bey, the newly elected Fourth District Councilor; Barrie Gewanter, director of the Central New York Chapter of the New York Civil Liberties Union, and Lionel Logan, a long-time community activist, to present at the event. I sat down with the president of the local NAACP chapter Preston Fagan in order to learn more about the session.

Why did you all decide to start the voter education series? 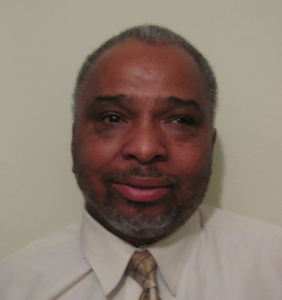 As far as education about voter registration goes, that is part of NAACP initiative; that is what we do. The Deltas and NAACP in the past have done voter registration but we talked and we decided to make voter education a priority, as well as voter registration for 2012. We can register 1,000 people, but if only 100 go out to vote, it won’t have an impact. We need to teach them the importance of casting a vote after they register. Charles Pierce-El, a community activist, approached me about the lack of African-Americans voting and coming out in small numbers. He told me that he wanted to do something in the immediate South Side area to hold voter education workshops.

Do you think there is a lack of interest with particular demographic groups or just the Syracuse Community in general?

I think it’s a lack of interest in the entire community. My main concern in NAACP is African-Americans but this series is for everyone. As a matter of fact Barrie Gewanter (a community activist on the panel) is a white female. (The series will be) nonpartisan as well.

How long will the series take place?

What will the series consist of?

This will be part one of the series. We will have an elected official talk, the fourth district counselor Khalid Bey, then we will have someone speak on the importance of voting and that person will give examples on how your vote is counted. Then we will have a person speak on the legal side of voting. There may be a person who thinks they have a felony so they can’t vote.  If you’ve already done your time in prison, and you’re done with your parole, you can vote. That’s the misconception we want to educate the community on, and we’re going to have people speak on that and your voting rights.

We’re also going to talk to the elderly. The new voting machines have the elderly up and out. They’re scared of the machines. Explaining it to someone who has never done it before is tough. I’ve been told a story that one elderly was afraid of the new machines and he did not know that he could take someone with him to help him.

Are you encouraging people at the event to participate in the Presidential election coming up or local elections in the future as well?

Why is it important for people to get involved in the voting process?