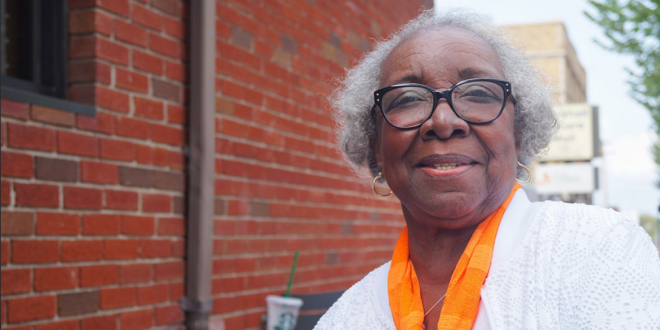 “Sometimes, what you’re looking for is already there.”

Aretha Franklin, the Queen of Soul, died Aug. 16, leaving the world moved and inspired by her work. Syracuse paid its respect for Franklin last Thursday at the Westminster Presbyterian Church.

Organized by Joan Hillsman, this memorial was attended by people of all ages – some of them sang while others offered support. Hillsman is an African-American music historian, performer, author and music educator who established the Syracuse chapter of National Gospel Music Workshop of America. “It saddened the whole community of music lovers around the world. Aretha wasn’t just a person: Aretha was music,” Hillsman shared. “People and members of the Syracuse chapter of GMWA gathered spontaneously to reflect and sing some tunes – to recognize this great giant, this great diva.”

“A small group was coming in and out to pay their respect. We sang ‘Bridge Over Troubled Water,’ some of her hits and ‘Amazing Grace,’ of course,” said Hillsman, as she gently jived saying each song title. “We came together to celebrate this icon – to give those an opportunity who cannot go to Detroit.” USA Today announced the well-known musician’s memorial viewing will last from Aug. 28 to 30, followed by a free concert featuring performances by Stevie Wonder, Faith Hill, Jennifer Hudson and other known celebrities to honor her life’s work.

Hillsman’s face lit up while singing the chorus, “R-E-S-P-E-C-T, find out what it means to me. R-E-S-P-E-C-T, take care TCB.” When Franklin visited Syracuse to perform at the annual Syracuse Jazz Fest, Hillsman interviewed her, discovering why she never lost her roots despite performing different genres of music: soul, gospel, jazz, pop and R&B. “Everybody thought they were coming for a jazz concert, but Aretha took them to church,” Hillsman recalled.

“We knew that she was expecting to retire and that she was on some of her last tours,” added Hillsman, as she elaborated more about her interview with Franklin. “The conversation with her just did not begin as a cold, rigid interview but a look at her music.” She said that Franklin was versatile, always adding creativity and her special touch to what she did. “I was zeroed in on her performance to see how this was all coming together. Her interview was through her performance. I liked it a lot because it was a live kind of a thing. It was so unique.”

Hillsman reminisced on her interview with Franklin when she decided to hold the memorial at Westminster Church.

“She was so humble. You could meet her and she would talk to you. You didn’t have to have an appointment,” said Hillsman who praised Franklin’s personality, calling her an ordinary person with humility. “That’s what the world needs now – ordinary people.”

Hillsman also remembers a little girl approaching her during the memorial saying she did not know who Franklin was but knew the song “Respect,” and she knew how to spell it. “This could be a better world if we lived the true meaning of what she was trying to tell us in her soul songs.”

As Hillsman spoke about her memories, she said she gets teary-eyed every time she thinks about Franklin.

“The world will remember the Queen of Soul – Aretha Franklin. Her music has inspired the entire world,” Hillsman stated. “Knowing her taught us not to forget your heritage but to share with others and become role models in your profession.”