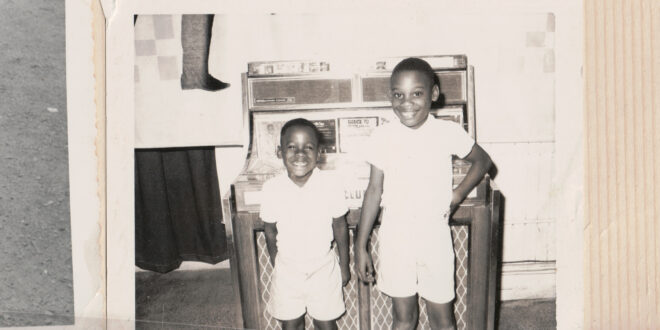 Living and Playing in Peace

It started out as a blissful, pleasant and peaceful summer in 1965. That all ended the day the boy and his family moved into the neighborhood. I didn’t know his name, but I learned he’s from the south—Alabama. Family members made that known.

They also made it known that they hated me.

I just turned 9. My mother, younger brother and I lived in the James Geddes Housing project in Syracuse. The complex consisted of a mix of two-story row houses for families and high rises for senior citizens, which the children called the “Old People Buildings.” It was a small complex, about 300 apartments, unlike some larger projects in New York that can have a few thousand apartments. There was ample green space throughout the complex. Black, Caucasian and Native American children shared the space and played together peacefully.

One morning as I stepped out the door, I noticed a Caucasian family of five, who I had never seen before, sitting on the back porch, diagonal to our back porch. I paused, looked, and looked away. Then I heard someone shout, “Go over there and fight that nigger!” Startled, I turned to see who they were referring to; who was going to fight.

I realized they were talking about me. Then a boy about my age began walking toward me. The whole family was encouraging him to fight. “Yeah, yeah go fight him!” they shouted in unison. “You can beat that nigger!” I had never heard the N-word used before, but I could tell by the tone of their voices and facial expressions it wasn’t good.

I felt the hate.

I wondered: What did I do to make them so angry? Shocked and confused, I did what any 9-year-old with sense would. Heart pounding, mind racing, I turned and headed straight for the door to the safety of my home.

“They are trying to fight me.”

“Who’s trying to fight you?”

“Those people sitting on the porch.”

I went to the door, pointed, “There, that porch right there.”

She could hear the shouting: “Come out and fight!

The boy stood in the yard, anxiously waiting for me to come back out. His confidence fueled by the insults grew with each passing second that I failed to answer the challenge. I looked at Mrs. Epps and nodded my head as if to say, “See, there they are.” Her facial expression changed from concern to anger and disgust. She frowned, glared at the crowd and clenched her jaw to suppress her anger. “Hold on a minute,” she instructed as she proceeded to remove her apron.

It was about to go down.

They had no idea who and what they were about to deal with. Lillie B. Epps was born in 1886 in Mississippi. She was married to Mr. Charlie Epps. They had 15 children, one of whom was Jesse Epps, an activist who fought for worker’s rights. Mrs. Epps knew how to deal with adversity, particularly the kind of vitriol and hate that Blacks endured on a day-to-day basis in the Jim Crow South. She was about to show them that this was the North—a different place, a different time, different people and a different kind of Black woman.

She scurried out the door. “Come on,” she said, as she headed toward the group and stopped at the edge of their yard.

“Is there a problem?”

“Yeah, our boy is going to fight him.”

“Because we’re from Alabama, and we don’t like Coloreds!”

Hearing enough, she looked at me and said, “Fight him.”

I was dumbfounded. I didn’t expect it to play out this way. I reluctantly turned to meet my doom.

After some maneuvering, I gained control. I was on top. I held him down for a while, hoping that he would give up. No such luck. He broke free and jumped to his feet. We stood and gazed at each other, reluctant to resume the confrontation. The fight was over. We walked back to our respective yards; both of us greeted with cheers of victory. Somehow I felt that we both had lost.

The rest of the summer went by without incident. We did not speak to each other until the fall of the following year. I remember it was on a Wednesday. I was walking home from school, and I saw the boy and his little sister walking ahead of me. I caught up with them, and we struck up a conversation. We talked for a while and then his sister said. “We are going to have ice cream when we get home.” I like vanilla ice cream,” she added. “Chocolate is my favorite,” I responded. “You are chocolate!” he quipped. “Yeah, and you’re vanilla!” We laughed.

I came to understand how children become prejudiced. They are not born with a prejudiced bent of mind. The Bible says, “All are born in sin.” It doesn’t say: all are born “with” sin. No, we are born in a world of sin; shaped by the institutions that govern our life force, i.e. parents, schools, religious institutions, the media, etc. It is from these that we learn prejudiced attitudes, stereotypes and hate.

The boy from Alabama was not born with a hatred for me. Nor was he born with a desire to fight me. His family impressed it upon him. We should not force our children to take on our prejudices, our fears, our likes and dislikes and our hatred. Although there may be apparent differences between us, perhaps if we let our children be children, together they will find a way to live and play in peace.

Kieth Muhammad is a community contributor to The Stand