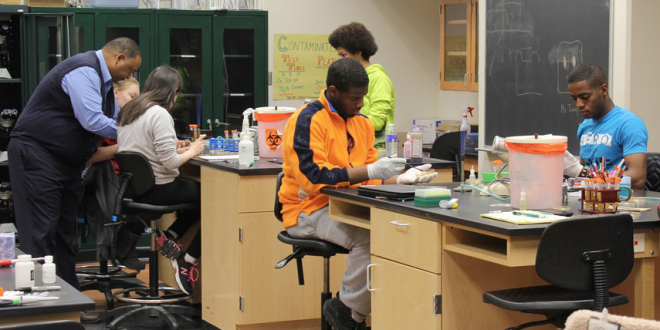 Strides are being made toward increasing the representation of minority groups in the science, technology, engineering and mathematics fields — through Onondaga Community College’s Collegiate Science and Technology Entry Program.

Known as CSTEP, the program was established to provide support for individuals from underrepresented groups. It helps more than 100 students each year with programming and counseling services in the STEM field.

Drake Harrison, who has been the director of the program since 2007, said that when he became director, he wanted to make significant changes to how it operated.

“When I first took over the program, the program existed. In other words, there were students who participated, but it had very little visibility,” Harrison said. “I wanted to make the program something that students want to be proud of.”

He said he encouraged the counselors to really get to know their students and their students’ aspirations, and enable them to achieve them. Instead of the counselors simply prescribing a generic course map for a specific major, Harrison wanted them to determine which classes would be most beneficial for a student to take if the student wanted to transfer credits to another institution. 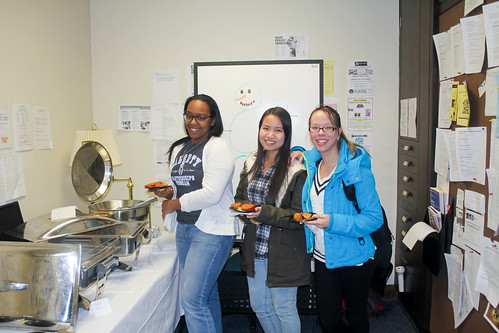 Natalia Montilla, a first-year student at OCC, graduated last May from Nottingham High School. She said what benefits her the most about CSTEP is the connections she makes with students who have similar goals.

Last year, Montilla and her peers attended a conference for the Louis Stokes Alliance for Minority Participation,
known as LSAMP, where she met minority students from all over the United States with career aspirations in the STEM field.

One of the things that Montilla said stands out about CSTEP is the close-knit community.

“The CSTEP organization is like a big family,” Montilla said. “That’s the kind of environment that it gives off, from the faculty to the students and the events they provide.”

He stops by the office often, even when he doesn’t need help with anything, just to say hi. Two years ago, Hopkins
arrived in Syracuse from the Netherlands to study adolescent education. He still wants to be a teacher, but he is going a different route. Hopkins eventually wants to transfer to Binghamton University to earn a bachelor’s degree in biology and a master’s degree in education.

“I want to be well-rounded because I know how bad it is in high schools and colleges,” Hopkins said.

Meggy Young, a counselor for the program, said one of the more difficult aspects of working with students is that they often have other responsibilities that can take their focus away from school.

“Sometimes you have to check in with their personal life and they’re willing to share with me,” Young said. “The beauty of the counselor is that I’m not seeing them for just one semester, I see them until they graduate. So we have a relationship.”

The program accepts students year-round, but applicants must have a 2.5 GPA, and they must be part of a historically underrepresented group or be financially disadvantaged. If a student falls into other categories but doesn’t have the required GPA, the student can receive services but cannot attend programs, Harrison said. 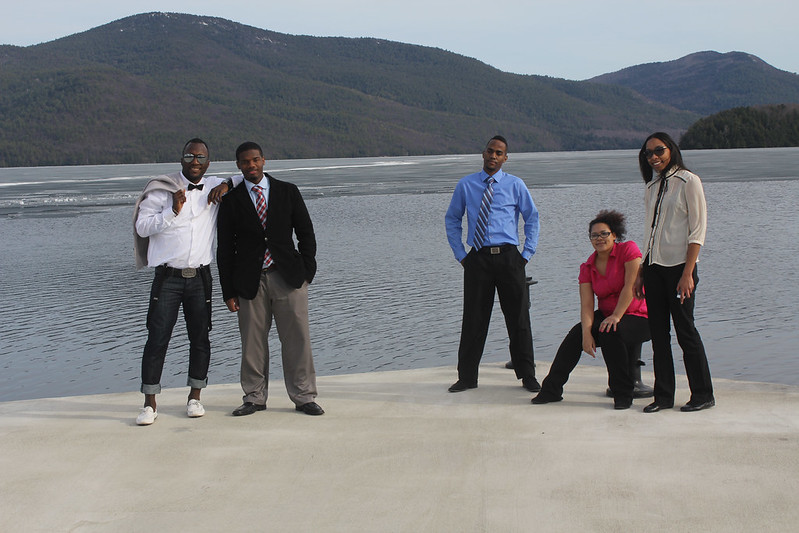 “It gives the students an opportunity to see what we do,” he said.

The program is publicized through social media, posters on campus and by targeting certain students, but the best exposure is from other students, Harrison said.

Success is measured not by retention, he said, but by the students who transfer to a four-year institution or secure employment. The CSTEP office prepares students for their graduation from OCC by providing academic advising, tutoring, professional development and by encouraging students to complete research and internship opportunities.

This year, the program has 20 students conducting research over the summer, which Harrison said is the largest group ever. In addition, five CSTEP students will participate in the NASA New York Space Grant program at Cornell University. They’ll receive scholarships and mentorship while completing an internship over summer.

Young said the best part of her job is being involved with students from the time they start to when they graduate. One of the first things she does in a meeting with newly accepted students is draw a timeline on a piece of paper with “100” labeled on one end. She asks them where they are now and what they want to accomplish if they were to live to be 100 years old. From the students’ answers, she helps them to create short-term, mid-term and long-term goals.

“I’m trying to make them dream vivid dreams,” Young said. “My goal is to invite them in.”